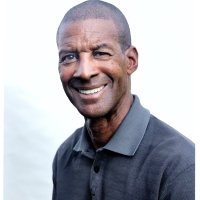 Kent Washington made history by being the first Black American to play professional basketball in a European communist country.

In 1979 I embarked upon an adventure that would change my life forever. Years later, I reflected on my journey with the help of articles and photos from that time to write my memoir, Kentomania. My intent was to give the reader a detailed look at my experiences behind the “Iron Curtain,” in this case Poland. Without casting judgment I wanted the reader to taste, smell, feel and see everything that I did. The following is part of the Preface to the memoir.

When I was 65 years old a Polish/Norwegian journalist helped me understand that what I achieved was historical, impactful and courageous. She coaxed me to get the story out so that others could read and learn about my unique experiences.  I am ready to let others judge whether my career in Poland is worth the read.

I made history by being the first Black American to play professional basketball in a European communist country.   Was it significant because I was an American, or because I was “Black?”  Unlike other Black Americans who were first, I wear two hats.  I have many of the original newspaper articles from my time in Poland.  Depending on the article you read, I have been referred to as the “first American” and the first “Black American“ to play in the Polish top basketball league.

Coming from a capitalist-democracy to a communist country, in 1979 was challenging.  The challenge of being the first American to play professional basketball behind the “Iron Curtain,” was experiencing the cultural differences and language barriers.

My ethnicity played a decisive role in my basketball career in Poland.  Regardless of where I was in Poland my skin color commanded attention.  I was able to land a part in a Polish film, simply because the film producers needed a black basketball player.  I was heckled by fans at a game in Warsaw because many Poles had seen the series “Roots” on television.  After games children wanted to touch me and feel my hair, something they had never before seen up close.  At speaking engagements, some of the questions, I answered were based on my ethnicity (How are black people treated in the USA?).  I was totally unaware that I would be cast as the voice of Black America.  That was a tremendous burden for a young kid from New Rochelle, New York!

My memoir gives insight into a Polish communist culture from the viewpoint of a Black American athlete.  During the cold war most Americans’ perception of communism was simply oppressive and cruel.  People are people no matter their government.  Poles had to accommodate themselves to the realism of living under a communist dictatorship, but they showed the utmost kindness to me.

My relentless passion for basketball, was my companion and guided me through circumstances that might have demoralized others in my position.  Learning to live with less was a key variable in my existence in Poland.  There was never a moment, that I felt as though I needed out.  Even if those moments crept into my psyche, I knew that I had basketball as an escape.  Like a “Super-Power” it gave me the strength, courage, willingness to persevere and conquer any and all obstacles.  I never felt alone on my journey during my Polish basketball career.  I always felt in control of my destiny.

My experiences in that communist culture had the most impact on my life.  It shaped my character and molded me into the person I am today.  At the age of 24, I was open to understanding and assimilating into a new culture.  A culture that was looked upon as a “threat” where I lived, but one I had to embrace.  I often heard the phrase “You knew what you're getting into, when you signed up for it.”  I now know that it did not apply in my circumstance.  I could have never known what I was getting into because I was the “first.”

I will be forever grateful for the Polish people accepting me and allowing me to be a pioneer for others to follow.  So unknowingly, I opened the door of opportunity for both sides (America and Poland).  I tried to represent myself in a positive manner.  Always remaining humble for my good fortunes and working purposeful towards goals, were character traits instilled in me from an early age.  My father’s words, ”Always give a good first impression, because you never know who is present or watching.”  Maybe that experience was molding me into the person who shaped my life, my father.

An important message in my memoir is that communism should not define the people living in it.  Embracing another culture with customs that were foreign to mine was a unique and an incredible learning experience.  The people, culture and customs helped mold me into a more accepting and understanding person.

Although communism was supposed to be the “evil empire,” I quickly formed strong friendships with my team mates and others in the community.  All of my preconceived notions and stereotypes disintegrated, as I assimilated into Polish society.  My memoir allows the reader to follow me as I evolve from an American into a Pole.

Kent Washington played professional basketball in the Polish People's Republic from 1979-1983. He is the author of the 2021 memoir "Kentomania: A Black Basketball Virtuoso in Communist Poland."