Korean Uprisings in 1946: Was the US Occupation Responsible for the Korean War? 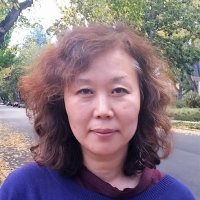 To understand Korea’s post-colonial revolution(s), Yumi Moon writes, we must analyze the conditions of Koreans’ daily lives under wartime Japanese rule and how such lives changed under the US and USSR occupations.

After the end of World War II, the United States Army entered the southern part of the Korean peninsula, demobilizing the Japanese imperial army and sending Japanese soldiers, officials, and settlers back to Japan. The Red Army occupied northern Korea and completed a similar task. The US and USSR began this process to fulfill the Allied Forces’ wartime promise to liberate Korea from Japanese colonialism.[1] Yet after their divided occupation of Korea that lasted for three years, the Korean War broke out. Korea—a country that had maintained its unity for several hundred years before the occupation—waged a fratricidal war.[2] The externally imposed partition was acutely internalized in the minds of Koreans.

How do historians explain this tragedy?

In the field of Cold War Studies, historians have focused on the state-level objectives, interests, and decisions of the US, the USSR, and China, and have scrutinized the history of the war itself, examining who started the war, why they joined the conflict, and how it concluded. In contrast, newly emerging scholarship on the Korean War highlights the cultural, ideological, social, and transnational aspects of the conflict, illuminating the various trajectories of humans who survived the war or who were consumed by it.[3]

Despite this constructive development in the historiography, one of the original questions about the Korean War remains to be answered: Why did the promise of Korean independence in August 1945 result in an international, brutal war that killed millions of people? Several prominent historians of modern Korea have criticized the problems endemic to the US occupation of South Korea.[4] Their main premise is that Korea after liberation was revolutionary. According to this narrative, Koreans organized people’s committees throughout the country and established the People’s Republic of Korea under leftist leadership. Guided by a vigorous Cold War mindset and US nationalism, the US Army and its officials refused to acknowledge the People’s Republic and recruited pro-Japanese collaborators to serve in the police force and the government. The US military violently suppressed Korean leftists and protestors. This reversal of the Korean revolution by the US paved the way for the Korean War.

Over the past several decades, additional sources have become available that allow us to reconsider some of the crucial arguments of this narrative on the US occupation. Some of these new sources lead us to question whether Korea after liberation was indeed revolutionary, and if so, what revolution meant to Koreans. For example, Pak Hŏn-yŏng (1900-1955), the chair of the Korean Communist Party, wrote a pamphlet entitled “The Current Political Situation and Our Mission.” This document, dated August 20, 1945, was discovered in Russia’s Ministry of Defense Archives. The compilers of Pak’s writings write that the document was translated into Russian from its original Korean version.[5] In this pamphlet, Pak states that although the international condition of Korea was “revolutionary” in that it was seeking to peacefully achieve national liberation, its domestic forces were too weak for revolution and its leftists were unable to control the spontaneous Korean movements that were spreading after liberation. [6]

A Soviet officer’s report corroborates Pak’s assessment of the Korean situation. This document, dated January 11, 1946, was written by Lt. Col. Fedorov and sent to the Chief of the Political Directorate of the Maritime Military District, General-Lieutenant Cde. Kalashnikov. In it Fedorov censures the behavior of Soviet soldiers, the lack of Russian interpreters, and the violent leadership of the Soviet occupation officers. He asserts that “the enormous number of cases of looting, violence, and the like committed daily and everywhere by many enlisted men and officers is explained by their impunity.” Moreover, some of his records on northern Korea’s situation also have implications for understanding the south during this period. For instance, he observes the strong upper-class leadership in the people’s committees in the north, arguing that one of them under his scrutiny was “composed almost entirely of landowners and bourgeois elements.”

Federov negatively evaluates the condition of rural society in the north and the leadership of the Communists. He writes, “There are no Communists in the villages. There is no social movement among the peasants if one does not count the ‘Peasant Union’ (or ‘committees’) created by the Communists here and there in district capitals. These unions are still small in number and do not have influence among the broad masses of tenants.” Kim Il Sung even concealed his Communist affiliation from the Korean public until early 1946. Fedorov also notes that the Korean Communists had no idea or plan about land reform at the time. He writes, “In conversations with us, Cdes. Kim Il Sung, O Gi-seop [O Ki Sop], Kim Yong-beom [Kim Yong Bom], and others proposed nothing but police means of accomplishing agrarian reform. They think that it is enough to declare a few more landowners and peasant owners ‘enemies of the people’ and redistribute their land among poor peasants and thereby accomplish ‘agrarian reform.’”

Reading Korean newspapers and magazines published during the occupation period, it is obvious that changing Korea from its wartime Japanese system was challenging to both the US and the USSR.[7] The reform of the Japanese rice collection system was one such task, and the US mishandling of this responsibility had catastrophic results for most non-farming households in South Korea. Many Korean newspaper articles and editorials reported a “famine” in urban areas. Many popular protests took place to demand rice, crowding the entrances of government halls in major cities and towns in South Korea. Such urban protests in the first half of 1946 were followed by more violent rural uprisings that swept Korea’s southern provinces in the fall.

Federov’s memorandum reveals that the Soviet occupation confronted similar problems in grain collection. He concludes that the Soviet occupation’s grain purchasing campaign “was not carefully thought out to the end” and that their grain and meat collection plans in some districts were “equal to the gross harvest, and even exceeding it for some crops.” He gives the example that, “in the district of Hakusen [sic, in North Pyeongan Province], the entire gross harvest of rice is 142,000 sak [1 sak = about 150 kg], but the planned purchase there was 133,000 sak …. Meanwhile, 80,000 sak of grain plus 3,000 sak of seed stock are required annually to feed the 70,000 population of the district, a total of 83,000 sak. The remainder after grain purchases is only 9,000 sak. The district is threatened with famine.” He states that the situation was similar in other places and that distressed peasants were saying, “the Japanese took less.”

Northern Korea is mountainous and traditionally received rice from southern provinces. As a result, even without the problem of the Soviet grain collection, the division of the country at the 38th parallel would have caused a serious food shortage and increase in the price of rice in northern Korea. Some rice traders in southern Korea anticipated this and hoarded rice for smuggling into the northern provinces.[8] The virtual famine in the north was one of the reasons that large numbers of refugees migrated from the Soviet-occupied zone to the US-occupied South.

The nationwide uprisings of 1946 in South Korea have been considered a symptom of the ongoing Korean revolution. However, it is difficult to grasp the exact characteristics of the Korean protests in 1946 and their agency unless we take a trans-war approach. For instance, a statistical analysis of the 1946 harvest-season uprisings in the southern provinces reveals a correlation between the uprisings in 1946 and the tenancy disputes of the 1930s, which had occurred within the colonial state’s framework for mediating conflicts between tenants and landlords.[9]

To reassess Korea’s condition after liberation and the responsibility of the US occupation in the outbreak of the Korean War, we should carefully examine newly available sources on Korea’s situation and view the history involved from a longer perspective. In other words, to understand Korea’s post-colonial revolution(s), we must analyze the conditions of Koreans’ daily lives under wartime Japanese rule and how these changed under the US and USSR occupations.

[1] The Allies promised Korea’s future independence in the Cairo Declaration of 1943 but could not agree on the exact plan to achieve it.

Yumi Moon is an associate professor in the Department of History at Stanford University. The author of "Populist Collaborators: The Ilchinhoe and the Japanese Colonization of Korea, 1896-1910" (2013), she is presently working on a second book tentatively titled "Toward a Free State: Imperial Shift and the Making of Post-Colonial South Korea, 1937-1950."