The Korean War and US-Occupied Japan 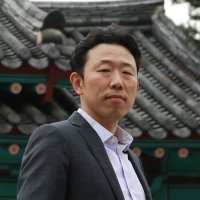 Leftist groups of Koreans in Japan, or zainichi Koreans, protested against Japan’s collaboration with the UN/US war effort in Korea at great personal risk. Many were sentenced to deportation to South Korea.

As this past June marked 70 years since the outbreak of the Korean War, the Japanese newspaper Kyoto Shimbun spotlighted untold stories of the Korean War experienced in US-occupied Japan. The story of 87-year-old Japanese man named Nishida Kiyoshi is heartbreaking. In September 1951, Nishida was arrested by the Japanese police for distributing “antiwar leaflets” to US soldiers outside a US military camp in Otsu City. The leaflet’s message telling US soldiers not to go to Korea became an “offense prejudicial to the security of the Occupation Forces,” and the Occupation’s provost court sentenced him to three years of confinement with hard labor. His affiliation with the Japanese Communist Party (JCP) apparently brought him more misfortune. After being arrested by the Japanese police, Nishida was handed over to the Occupation’s intelligence agency, and according to him, US military personnel – a White officer, a Black soldier, and a Nisei interpreter – interrogated and “tortured” him for the names of his Communist comrades.[1]

It was not only Japanese citizens that participated in “antiwar” movements. Leftist groups of Koreans in Japan (known as zainichi Koreans) also fought against Japan’s collaboration with the UN/US war effort in Korea. Robert Murphy, the first postwar US Ambassador to Japan, wrote in his memoir that the Japanese government transformed the country into “one huge supply depot” without which “the Korean War could not have been fought.”[2]Zainichi Korean leftist activists organized themselves with the support of the JCP – and often under its instruction – and took to the streets to stop Japan from producing and sending arms to UN/US forces in Korea.

As Nishida’s story informs us, leftist activists often had to pay a heavy price for pushing forward their “antiwar” movements. Those arrested were sent to the Occupation’s provost court for trial, where a severe punishment often awaited them. While Japanese activists like Nishida were sentenced to multiple years of confinement with hard labor, zainichi Koreans often faced the additional punishment of “deportation.” For instance, the Asahi Shimbun reported on July 27, 1950, that two Korean college students who had been arrested for distributing “anti-American leaflets” were sentenced to deportation to South Korea, in addition to three years of confinement with hard labor. But, what happened to zainichi Korean leftist activists if they were deported to South Korea?

From early to mid-1951, the Occupation authorities (SCAP) and the Japanese government discussed the possibility of deporting a group of a few hundred zainichi Korean leftists to South Korea. Colonel Jack Napier from the Government Section of SCAP commented:

[A]t one time the [South Korean] Rhee Government expressed a willingness to take on all whom SCAP wished to send there, but it was generally understood that this would be sending the deportees to certain death.[3]

Indeed, severe punishment certainly awaited zainichi Korean leftist activists after their deportation to South Korea. The previously unknown story of four zainichi Korean deportees, which I have examined in my work, illuminates how the practice of Cold War containment was mutually linked on the ground between US-occupied Japan and South Korea.[4]

On October 21, 1948, the Japanese police arrested leaders of a zainichi Korean leftist association named the “Korean Democratic Youth Alliance in Japan” for displaying the North Korean national flag at their political rally in Osaka Prefecture. Previously, SCAP had banned the use of the North Korean national flag, and these zainichi Korean leaders were indicted for an “act prejudicial to the objectives of the Allied Occupation Forces.” On October 25, a provost court in Osaka sentenced two leaders, Yi Yŏngmun and An Minsik, to eight years of confinement with hard labor, followed by deportation.

On March 30, 1950, the zainichi Korean newspaper Haebang Sinmun reported that Yi and An, in prison garb, had suddenly been taken out of jail with two other zainichi Korean activists and transferred to a deportation camp in Nagasaki Prefecture on March 24. Concerned about what would happen to Yi Yŏngmun after his deportation to South Korea, his elder brother Yi Pyŏngho travelled to Pusan, where deportation ships landed, and tried to find Yi Yŏngmun’s whereabouts. According to Yi Pyŏngho, he found Yi Yŏngmun incarcerated in Pusan Prison. A declassified list, over 1,000 pages long, of inmates who had been incarcerated in Pusan Prison in 1950 shows the names of Yi Yŏngmun and the other three zainichi Korean deportees, along with the date of their incarceration (May 26) and a criminal charge of “treason” (naeranjoe) – a crime punishable by death.

Here, one sees how the Japanese government, US occupation forces, and the South Korean government collaborated on anti-communist countermeasures beyond their national borders. The story of the four zainichi Korean political deportees shows how deeply US-occupied Japan became intertwined with Cold War politics on the Korean peninsula before and during the Korean War.

Deokhyo Choi is a lecturer (assistant professor) in Korean Studies at the University of Sheffield and specializes in the history of US-Japan-Korea relations.