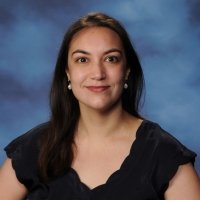 June 25, 2020 marks the 70th anniversary since the start of the Korean War, a major Cold War flash point that continues to shape East Asia – and the world.

In August 1945, in the final days of World War II, the United States and the Soviet Union partitioned the Korean Peninsula. Northern Korea fell under Soviet military occupation, and southern Korea under the control of American forces. The division was meant to be temporary, but a number of factors – some internal to Korea, others rooted to the Cold War conflict between the two superpowers – prevented the creation of a unified Korean government. Separate, rival states were created in South and North Korea in August and September 1948.

Tensions between the two Koreas came to a head in June 1950, when North Korea launched a southern invasion with the support of its allies in Moscow and Beijing. The United Nations passed a resolution condemning the invasion and another that offered support sufficient to “repel the armed attack.” The United States and an international consortium of troops soon intervened to save the Republic of Korea from almost certain destruction. When the UN Forces inched closer to the Chinese-North Korean border in autumn 1950, the PRC entered the conflict and dispatched tens of thousands of “People’s Volunteers” to fight alongside the Korean People’s Army. The war quickly became a stalemate. The fighting came to a halt though an armistice – not a peace treaty – in July 1953.

Since the early 1990s, the Cold War International History Project and, later, the North Korea International Documentation Project have published hundreds of documents about the Korean War from Russian, Chinese, and other Eastern Bloc archives. These sources have shaped how scholars, students, and journalists have come to understand the conflict—including its origins, the conduct of the war, the armistice negotiations, its impact on the socialist bloc, and its legacies.

All of these documents on the Korean War are freely accessible on DigitalArchive.org. They have been organized into several collections to aid research.

By the end of 1948, the allied occupation of the Korean Peninsula was over, and both North and South Korea were independent states. Tensions between the two Koreas continued to rise until the late spring of 1950, when Kim Il Sung met with Stalin in Moscow and finally gained the Soviet leader’s support for war. Based on reports that South Korea was building up its forces, Kim also asked the Soviet Union for considerable aid as he prepared the invasion.

Although North Korea insisted that the South Korea was the first to cross the 38th Parallel, it is by now widely accepted that the North made the first move. The United States offered almost immediate support for South Korea, and enlisted the backing of the United Nations.

This collection includes documents on the failed international diplomacy that led to the emergence of two separate Korean states, Kim Il Sung’s frequent interfacing with the Soviet Union and China in the lead up to the war, Communist bloc assessments of South Korea, and the evolution of Kim’s war plans.

Several intelligence reports produced by the Central Intelligence Agency also provide an American perspective on developments in North and South Korea during this period.

The war started off well for the North, and the Korean People’s Army quickly occupied Seoul and pushed farther south. However, following the famed Inchon Landing by the United Nations Command led by General Douglas MacArthur, the tide of war turned against North Korea. The DPRK began liaising about the possibility of having to fight a protracted war with its Chinese and Soviet allies, and asked for more and more aid to help its war effort. China intervened directly in autumn 1950, dispatching tens of thousands of “People’s Volunteers” to fight alongside the North Korean army.

After a year of fighting there was no clear winner, with both sides having made advances only to be repelled back. North Korea and its communist partners began considering a variety of offers for peace on the peninsula.

This collection covers the entire duration of the war. It includes documents on the early stages of fighting, the UN intervention, and major turning points such as the Incheon Landing and China’s entry into the conflict. The collection shows the remarkable degree of coordination between China, North Korea, and the Soviet Union throughout all stages of the conflict, as well as instances of tension and disagreement within the socialist bloc. Reports from Poland and other Eastern European states depict the utter devastation of North and South Korea, in part due to the sustained campaign of American bombings.

This collection highlights the challenges of reaching a peace agreement that would be acceptable to both Koreas and their respective allies.

As early as December 1950, the Chinese and Soviets started discussing the appropriate conditions for an armistice, largely without input from Kim Il Sung. The terms for an agreement began to come together in the summer of 1951, when a draft agreement was sent from Mao to Stalin. Syngman Rhee and the United States had their own ideas for an acceptable agreement, and the negotiations continued for several more years.

It was not until March of 1953 that Kim Il Sung agreed that the war needed to end through negotiations. After peace talks began later that spring, Syngman Rhee made a statement calling the latest proposals “unacceptable,” unless the United States entered into a Mutual Defense Pact with South Korea.

With some back and forth and threats from both sides, an armistice was signed by the United States, North Korea, and China, on July 27, 1953 in Panmunjom (Panmunjeom).

Despite bringing an end to the fighting, the armistice left unanswered many questions about the future of Korea. Korea fell into an uneasy peace that continues to this day.

China and the Korean War

This collection focuses on China’s participation in all stages of the Korean War. The documents show that the Chinese were initially reticent to send troops to Korea, and remained reluctant to do so as late as October 11, 1950. However, before the end of 1950, the Chinese People’s Volunteer Army did join the fight to help North Korea, and the two sides went so far as to create a Joint Headquarters for their armed forces.

The collection also highlights China’s role in the armistice negotiations, including creating the socialist bloc’s terms for the talks.

This collection contains documents from China, North Korea, and the Soviet Union about a fiercely contested Korean War conspiracy. In early 1952, the Chinese issued a report to Stalin that charged the United States with using biological weapons North Korea and China. The Soviets helped stage manage the allegations in order to convince the World Peace Council that the United States had in fact engaged in bacteriological warfare.

Following the death of Stalin, the Soviet Union attempted to back away from the conspiracy, with the post-Stalin leadership concluding that it did not wish to “[fan] the flames of this question” and even punishing individuals that were closely involved with the allegations.

China and North Korea have yet to formally renounce the allegations made against the United States, but cracks have emerged in their positions. Wu Zhili, the director of the Chinese People’s Volunteer Army Health Division, authored a memoir in which he stated that the accusations of biological warfare were a “false alarm.” Wu explained why the Chinese and North Korean governments believed that the United States engaged in this type of warfare during the war.

Erin Scrimger is the archivist for the History and Public Policy Program.