Latin America in the Russian Archives 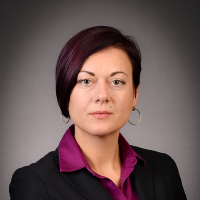 When she began her archival research in 2011, literature on Soviet-Latin American relations was thin, outdated, and based almost entirely on published sources, so author Michelle Paranzino was surprised to hear the head archivist say “you’ll positively drown” just before she arrived in Moscow. Paranzino takes us through some of the collections available to scholars today, and encourages further research and scholarship on the role the Soviet Union played in Latin America.

“You’ll positively drown,” the head archivist informed me in response to the overly vague research proposal I sent months before my first visit to the Foreign Policy Archive of the Russian Federation (AVP RF). My letter indicated that I wished to study Soviet relations with Latin America during the Cold War, especially pertaining to four pivotal developments: the 1954 coup that toppled Guatemala’s second democratically elected president; the Cuban Revolution and the evolution of the Cuban-Soviet alliance; the election and subsequent overthrow of Chile’s first elected Marxist head of state, Salvador Allende; and the Nicaraguan revolution that brought the Sandinistas to power in 1979.

When I headed off to Moscow in 2011 to undertake archival research for my doctoral dissertation, the literature on Soviet-Latin American relations was thin, outdated, and based almost entirely on published sources.[1] Scholars of US-Latin American relations, on the other hand, ignored, underplayed, or dismissed the Soviet Union as a key player in Latin America, denying that Moscow ever had any meaningful ambitions or influence in the region. As a graduate student training in the field of what used to be more commonly referred to as “diplomatic history” but has been recently rebranded “the United States in the world,” I questioned this dominant narrative. The Cuban Missile Crisis alone seemed to indicate that something much bigger was going on here. Why would the Soviets take on such a monumental risk if there was so little at stake for them in Latin America?

For many US diplomatic historians, the Cuban Missile Crisis was really about Europe. These scholars tended to assume that Khrushchev cynically sought to use Cuba as a bargaining chip to secure a better outcome in Berlin.[2] The methodological corollary to this assumption was an exclusive focus on US-Soviet negotiations, treating Cuba as the venue where the crisis played out and erasing the Cubans themselves from the story. In recent years, the Woodrow Wilson Center’s Cold War International History Project (CWIHP) has been at the forefront of globalizing the history of the crisis, and my own book has sought to restore balance and agency to the mainstream narrative while drawing on the materials I uncovered at AVP RF.[3]

But when I arrived at the archive, I was still steeped in the dominant narrative of US-Latin American relations. I thus found the archivist’s response to my query puzzling. How could I positively drown in documentation of Soviet relations with Latin America if those relations were, as I had been led to believe, virtually nonexistent? Over the course of nine months, I pored over documents not only in AVP RF, but also in the Russian State Archive of Contemporary History (RGANI) and the State Archive of the Russian Federation (GARF). What I found was contrary to everything I had read and expected. The Cuban Missile Crisis, long treated by US foreign policy scholars as the totality of Soviet ambitions in the Western Hemisphere, was in fact the exception that proved the rule. Soviet relations with many Latin American states long predated the Cold War, and the Soviet Union established and strengthened trade, diplomatic, and political relations with numerous other Latin American states (regardless of regime type) and in full awareness that they could never hope to compete militarily with the United States in the region.

Scholars of US foreign policy have long erroneously assumed that archival research in Russia is virtually impossible. Indeed, even though the Anglophone expat community in Moscow is extremely close-knit, I never met another scholar of US foreign relations during the academic year I spent conducting research there. All of the other historians I met were Russianists, and most of them were surprised to learn that I was not. In the past several years, there has been a revival of interest in Soviet-Latin American relations and some excellent scholarship has been published.[4] More documents from the International Department of the Central Committee have been released. Nevertheless, serious obstacles remain in the paths of those who wish to undertake serious multi-archival and multilingual research, and these obstacles are likely to multiply and perhaps become insurmountable due to the crisis in US academia, which has intensified with COVID-19.