Looted Stasi Files Reappear in Denmark After Over 60 Years

After 64 years, missing documents returned to Stasi archives on the anniversary of their looting.

Above: A footprint is visible on the back of one of the documents taken during the 1953 uprising.

After 64 years, missing documents returned to Stasi archives on the anniversary of their looting

On the 17th of June 1953, workers took to the streets of East Germany to protest raised work quotas, the Stalinist regime of Walter Ulbricht, and for the release of political prisoners. More than 50 people died as Soviet troops quelled this uprising against the self-proclaimed “workers and peasants state.” The Soviet intervention followed a breakdown of local power, as neither the politicians of the Communist Party (SED), nor police, militia, or state security were able to end the protests. While the West German government declared the 17th of June to be a national “Day of German Unity” that was recognized up until reunification,  the East German government tried to ban the memory of the uprising from as a counterrevolutionary coup. This proved unsuccessful, as even long-standing GDR Minister of State Security Erich Mielke rhetorically asked his comrades whether “tomorrow the 17th of June will break out” in the wake of the “peaceful revolution” of 1989.

Though the memory of the 17th of June is dominated by images of Soviet tanks fighting protesters at Potsdamer Platz in the heart of Berlin – on the border between the Soviet, American, and British sectors – the protests were nationwide. Among the hot spots were the traditional industrial region of Saxony in the southern part of the GDR, and the district around East German’s second largest city, Dresden. But the short-lived upheaval peaked in Görlitz, a town bordering Poland with 90,000 inhabitants.

In Görlitz, the protest started among workers at the “People owned factory Locomotive and Rail Wagon Manufacturing,” and within hours numbers swelled to the tens of thousands. The SED major was relieved of his duties and a revolutionary town committee was formed. Shortly after noon, the town hall, party building, jail, as well the local offices of the Ministry of State Security (popular known as Stasi) were in the hands of the protesters. But by evening, East German paramilitary forces and Soviet troops regained control of the town. According to police reports, officers of the Stasi were both “abused with words and physically” and hospitalized during the intervening hours. In this hectic process, documents belonging to the Stasi disappeared, only to resurface 64 years later and more than 500 miles away, donated to the Center of for Cold War Studies at the University of Southern Denmark by a former resident of Hamburg. How the files found their way from the East to the Denmark is unknown, but in the aftermath of the upraising as the SED tightened its grip on the GDR, a wave of refugees left for the West.

The handful of documents that made their way to Denmark tell a story of the chaotic hours when power structures broke down. The individuals who found them had obvious little time to read or select documents of particular political or historical value, and rather seemed to have grabbed whatever they could. Some of the documents merely refer to simple bureaucratic correspondence, covering such topics as the light fixtures of meeting spaces or the shooting range results of Stasi officers, but other files give a broad overview of the activities and priorities of the East German secret police in its early years.

In the early 1950’s, the collectivization of agriculture was a central facet of the communist party and of the SED in Görlitz, as a report from May 1953 about the “Main Task in the countryside” shows. The Stasi kept count of the instances of foot-and-mouth and other livestock diseases, but the uprising showed that the challenges of the new regime were bigger than simple agricultural if they indeed sought fundamental societal change. One of the central problems was the supply of basic food staples, such as potatoes and vegetables, as a report about the mood of the population from the fall of the 1952 shows. Despite this, the discovered files show no prior evidence that predicted the eruption of public anger in June 1953.

The Stasi and their political masters saw actual or alleged enemies widely spread in the society they had inherited from the Nazis. Document show that the Görlitz office had both “youth resistance” and Jehovah’s Witnesses under surveillance, and were preoccupied with targeting specific individuals. One citizen came into the aim of the Stasi because he received letters and parcels from a brother in the United States, another because he as newly appointed head of the tax offices was a potential agent subject for the Stasi. Other investigations of individuals are taken out of the context, and thus it is difficult to decipher why their life stories ended up in the hands of State Security.

The documents from the 17th of June 1953 in Görlitz might not rewrite history of the Stalinist years in the GDR, but they are still a small piece of the puzzle. As such, they belong in the holding of the Stasi-archives, to whom they were mailed earlier this week in hopes that they will make it back in time for the anniversary of their disappearance. 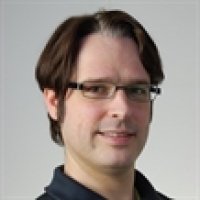 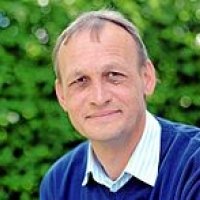