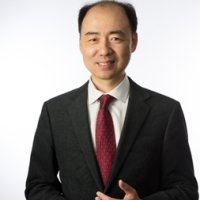 Ma Jun, a Global Fellow with the Wilson Center’s China Environment Forum from September 2013 to December 2017, is a Director at the Institute of Public and Environmental Affairs (IPE), an environmental NGO focused on promoting transparency in China’s pollution issues. IPE developed the China Water Pollution Map, the first public database of water pollution information in China. From 1993 to 2000, Ma worked as an investigative journalist at the South China Morning Post. His work centered on environmental subjects and he eventually became the Chief Representative of SCMP.com in Beijing. Ma is also the author of the 1999 book, “China's Water Crisis.” He was named one of the 100 most influential people in the world by Time magazine in May 2006. In 2012, Ma was a recipient of the Goldman Environmental Prize and was in the list of Foreign Policy Top 100 Global Thinkers. He also received the 2015 Skoll Foundation Award for Social Entrepreneurship for his work with IPE and its projects encouraging greater public participation in environmental governance.

A: We’re basically working on air, water and soil pollution control in China. In particular, we’re helping major industries -- including IT, textiles, and real estate – to clean up their supply chains in China.

For example, we’ve collected over 500,000 environmental supervision records, and pushed over 3,000 factories in China to improve their environmental performance.

A: Yes, very much! Our affiliation gives us an opportunity to compare notes on trends in pollution control and also to share best practices, such as on water risk management.

A: Unfortunately, I have not yet spent time at the Center in residence.

A: For us, the impact is about transparency. We’ve been promoting transparency for over ten years, and now we can really see the progress being made. For example, we’ve collected over 500,000 environmental supervision records, and pushed over 3,000 factories in China to improve their environmental performance. Tens of thousands of factories are now being covered through our green supply chain program. And our Blue Map app, which can be used to report pollution via social media and other channels, has over 3 million downloads.

A: We’re currently working on a new feature for our app, a Blue Index that will help individuals, families, and corporations assess environmental risks in their surrounding environment. And also, for the first time, some of China’s largest property developers have come together as an industry to prioritize procurement from a “white list” of iron & steel and cement suppliers that is based on transparency and environmental performance. We’re helping to screen those suppliers on our database in order to put together the white list for this initiative.