Mexico, the United States, and the Onset of the Nicaraguan Revolution 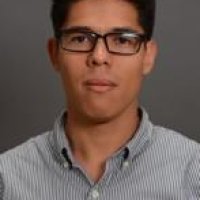 By Gerardo Sánchez Nateras on February 4, 2019

The Nicaraguan revolution of 1979 inaugurated a violent decade of civil strife that has affected North American political relations for the past 40 years. The current migration and security crisis in Central America are among its many profound and long-lasting repercussions, Gerardo Sánchez Nateras argues.

The Nicaraguan revolution of 1979 inaugurated a violent decade of civil strife that has affected North American political relations for the past 40 years. The current migration and security crisis in Central America are among its many profound and long-lasting repercussions.

While the policies of the United States in this process have been widely analyzed, the roles of other international actors have not been completely included in our accounts of the civil wars that shook the region. This is especially relevant because countries such as Mexico and Venezuela opposed the policies of the United States towards the Nicaraguan revolution and played a large part in creating the political conditions that gave rise to the armed conflicts of the 1980s.

Documents from Mexican Foreign Ministry archive can explain the gradual development of Mexican foreign policy as it sought to use its newfound oil wealth to foster its own influence in the region, and tame both the disruptive potential of revolution and American interventionism.

In late 1978, as the cities of Nicaragua erupted into revolutionary violence, both the Mexican and American governments turned their attention towards Central America. However, their understanding of the crisis was radically different. While the Carter administration became concerned about the expansion of communism in the region, the Mexican government, under President Lopez Portillo, considered the insurrection as a legitimate and inevitable process that had to be guided into moderation.

For the Mexican government, Washington’s refusal to include the Sandinistas in a mediation process (fearing a communist overthrow of the transition government) was not only destabilizing to the whole region but also represented a clear example of American imperialism, despite the Carter administration’s insistence on non-intervention. A memorandum by the Foreign Ministry for the Mexican President, on 28 November declared: “The United States is adamant in finding a formula that allows it to substitute Somoza through a government that guarantees the interests of the traditionally dominant classes and allows the United States to keep its highly hegemonic presence in Nicaragua.”[1]

Mexican analysis of the situation was greatly influenced, perhaps even over-determined, by its own revolutionary past and turbulent bilateral relationship with the United States. On 22 December 1978, a Memorandum for the Mexican president declared: “The purpose of the mediation effort is the exclusion of the FSLN from the new government…Clearly there are similarities between the current situation in Nicaragua and what happened in Mexico in 1914.”[2]

This inherent suspicion toward the United States dominated Mexico’s perception of the crisis. In February 1979, Gustavo Iruegas, Mexico’s Charge d Affairs in Nicaragua, informed the Foreign Ministry that “only a military coup” could preserve US hegemony in the country.[3] This analysis reinforced Mexico’s opposition towards the attempts made by the Carter administration to organize an inter-American peacekeeping force in order to stop the military victory of the Sandinista rebels.

The Mexican Foreign Minister succinctly explained Mexico's position against the use of peacekeepers in his address to the Organization of American States (OAS), on 21 June, 1979: “The Nicaraguan people have chosen to exercise its sacred right to rebel against tyranny, in the same way as the Mexican people did sixty years ago.” The Foreign Minister went on: “the Nicaraguan people have been forced to search for a democratic solution through the use of violence. Its destiny is in its own hands and only they can decide how to realize their democratic ideals and way of life.”[4]

Despite its grand rhetoric on non-intervention and self-determination, Mexico’s support for the Sandinistas was also guided by geopolitical concerns as it sought to expand its influence in the region. An internal document from the Mexican Foreign Ministry evaluating the regional impact of Mexico’s policies towards Nicaragua described how various countries in Latin America saw its foreign policy as an attempt to establish its own hegemony in Central America: “[Venezuela] seems worried about an eventual shift of Mexico’s foreign policy that seeks to establish a leadership position in Latin America (using its oil potential) with the objective of balancing its political position in relation to the United States.”

According to the same document the Andean Group composed of Peru, Colombia, Venezuela, Bolivia and Ecuador “shared a comprehensive fear of Mexico becoming a leader in Latin America, mainly in the Caribbean region […] where Venezuela has established its main influence.”[5]

Despite its public support for the revolutionaries, the Mexican government was fully aware of the communist influence within the Sandinista Front for National Liberation (FSLN), and it sought to moderate their project through economic cooperation, as it considered that outright opposition would turn the revolution towards Cuba and the Socialist camp. Less than a month after the revolutionary victory, the Mexican ambassador to West Germany Roberto Rozensenzweig Díaz, was asked by “government and financial circles” about the type of support that should be given to the new revolutionary government. The ambassador replied that “they should provide Nicaragua with all manners of aid because a regime in Nicaragua based on moderation and social reform could help as an example to solve explosive situations in other Latin American countries.”[6]

In the same vein, on 5 September, 1979, the new Mexican Foreign Minister, Jorge Castañeda, met with the West Germany Minister of Economy Graf Lamsdorf. According to a telegram from the Mexican Foreign Ministry, when he was queried about the FSLN led government, Castañeda insisted: “the countries of Europe must understand the problems that Nicaragua faces and that the worst thing that they could do was to condition their aid to political principles because it was to be expected that in the future the same situation would come to other countries in the area.”[7]

Although initially modest, by the mid-1980s Mexican aid to the Sandinista revolutionary government would escalate to more than 500 million dollars, making it one of Nicaragua’s main economic lifelines. Mexico’s aid allowed Nicaragua to confront the United States’ covert war against the revolution and indirectly support the armed insurgency in El Salvador. By supporting the Sandinistas, Mexico tried to temper its more radical elements, and prevent the onset of a new cold war conflict close to its own borders.

In the end, Mexico’s attempts to maintain stability in the region and support the independence of the Sandinista project helped forestall a direct military intervention by the United States and, unlike the Cuban precedent 20 years before, it prevented the political and diplomatic isolation of the revolution. However, when combined with the Reagan administration’ vehement opposition towards communism in Central America, Mexico’s policies further destabilized the region, setting the stage for the terrible violence that befell Central America during the 1980s.

Gerardo Sánchez is a PhD candidate at El Colegio de México, where he has worked on bringing Latin America more meaningfully into the history of the Global Cold War.