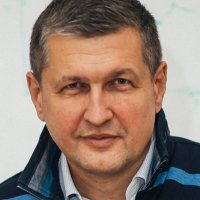 Ukraine is joining the war against COVID-19 while its six-year-long armed conflict in the eastern Donbas is still going on. UN secretary-general António Guterres, addressing the issue under the rubric of working together in the “true fight” of today, stopping the spread of the novel coronavirus, called for halting hostilities, putting aside animosity, and stopping the shooting. In many ways this call was addressed to Ukraine: the pandemic will influence the development of the military conflict in eastern Donbas.

In that context, Ukraine’s Western partners may prove interested in achieving a swift reconciliation, or at least freezing the conflict. Now that they are focusing on urgent public health issues of their own populations and economies, conflict in Ukraine and post-conflict reconstruction have taken on a lower priority. Meanwhile, the Russian Federation uses the crisis to increase its pressure on Ukraine, demanding concessions and pursuing a “forced reintegration” scenario.

The sped-up reintegration scenario desired by Moscow stipulates an accelerated timeline for deciding on matters related to the reintegration of the noncontrolled territories with mainland Ukraine. The reintegration would be administrative, but without meeting the security conditions set by Kyiv. Russia has long insisted on a direct dialogue between Ukrainian authorities and the unrecognized Donetsk People’s Republic (DPR) and Luhansk People’s Republic (LPR). Now this dialogue may take place as one of the tasks of the new Consultative Board established within the Minsk contact group. This newly formed board will participate in preparing the package of reforms needed for reintegration—with the participation of DPR and LPR representatives.

The forced reintegration scenario would also include other steps. First, the Ukrainian constitution would be amended to accord “special status” to the noncontrolled territories. Then the scenario calls for holding “free and fair” elections to the eastern Donbas local councils simultaneously with local elections in the rest of Ukraine. These local elections are planned for October 25, 2020, but may be deferred because of the epidemic.

This electoral stage is problematic indeed. To conduct elections in the noncontrolled territories that would also be in accordance with Ukrainian legislation and would meet international standards, it would be necessary first to achieve stable security on the ground, control of the Ukraine-Russia border, disarmament of illegal armed groups, the prosecution of war criminals who fought against the Ukrainian government, and free—uncoerced—campaigning by Ukrainian political parties. Instead, the forced reintegration scenario stipulates total amnesty for all participants in armed militias in the DPR and LPR.

The electoral initiative is already part of the Steinmeier formula, which is reflected in the Law on the Special Status of Noncontrolled Territories, extended for one year in December 2019. It stipulates that Ukrainian authorities should transfer special rights to the de facto authorities of Donetsk and Luhansk regions. By doing so, however, Kyiv would recognize and add legitimacy to the groups that illegally control the DPR and LPR. Thus, implementing the Steinmeier formula would be an indicator of the forced reintegration scenario.

The forced reintegration scenario poses a threat to Ukraine’s national security. This opinion is shared by both pro-presidential and opposition parties, who protest such a scenario.

However, there are other scenarios. One is to continue the status quo of a low-intensity conflict, which cannot last many more years either. As the 2019 elections showed, Ukrainians are fed up with the war.

A victorious military operation against the noncontrolled territories is scarcely plausible, as it would involve a potentially high number of casualties among the noncombatant population and would be sure to draw Russia’s intervention. Annexation of the DPR and LPR by Russia as new federal territories is also unlikely.

So, for the coming year, a “hybrid peace” seems to be the most realistic scenario.

The war in the Donbas started without any official proclamation and with disregard for most military conventions; it has continued with a disinformation campaign and attempts at political destabilization, including electoral interference. (That is why it is called a hybrid war.) A hybrid war may end with a similarly hybrid peace. For Ukraine, it would mean securing the front line, broadening the humanitarian dialogue between Ukraine and the noncontrolled communities, and the partial resumption of economic links with enterprises in the noncontrolled territories. This hybrid peace could be a precondition for continuing on to the next step, the full reintegration of the noncontrolled territories, to include conducting elections and restoring Ukraine’s control over its sovereign territories.

To bring this scenario to fruition, the primary task is first to achieve stable security in the East: a real long-term ceasefire, the sustainable disengagement of troops, and disarmament of illegal armed groups. In the absence of mechanisms to accomplish these tasks, it is necessary to devise some sort of international military process, probably under the auspices of the EU, UN, or OSCE, to implement the above security measures. The mission should have a broad mandate, including possessing firearms and light armor. This mission would be tasked with maintaining security during the political reintegration process, assisting in the reemplacement of the Ukrainian administration and security forces in the eastern Donbas, and helping prepare for elections.

Whichever scenario is chosen by Kyiv, there are steps that can be taken even in the time of a pandemic.

The humanitarian component remains a priority: the detained people must be freed, and this can be done even during the epidemic. The same applies to issuing and recognizing legal documents, as well as audit of social payments. A humanitarian dialogue is possible between peaceful citizens, including internally displaced persons. However, a dialogue with DNR and LNR administrators or with commanders of the illegal armed groups is out of the question.

Ukraine can also launch the process of economic reintegration of noncontrolled territories. It should commence with an audit of the businesses there. The services of a respected international accounting firm should be retained to examine the books of the major enterprises, ascertain how the major assets were preserved during the conflict and who their current owners are, and to provide recommendations concerning investments, markets, and restructuring. On the basis of such an audit, an economic program can to be drawn up specifying policy priorities, including jobs creation, the restoration of infrastructure, environmental protections, and the provision of social security. The program should also include communities in the controlled part of the conflict-affected Donbas.

Such a program would become an important foundation for the creation an international Donbas reconstruction fund. One can only hope that Western donors would still find it worth supporting, after the economic blows inflicted by the global economic crisis of 2008–2009 and the COVID-19 pandemic.

In short, there are much more beneficial scenarios for the Ukrainian government to follow than Moscow’s proposed forced reintegration, the implementation of which would assuredly provoke protests and add to the instability of the current situation in Ukraine.