A New Socialist Hungary? Remembering the Defeat of the Hungarian Revolution 63 Years Later 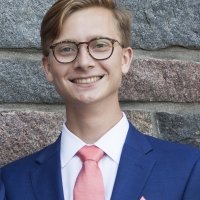 Materials contained within the 1956 Polish and Hungarian Crises collection on DigitalArchive.org highlight the contrast between Prime Minister Imre Nagy’s diplomatic efforts to rebrand Hungary as a people’s democracy and the Soviet Union’s desire to vanquish what they saw as an assault on international Communism.

Sixty-three years ago, on October 23, 1956, a student-led anti-Soviet protest sparked a rebellion in Hungary. Although most of the unrest launched that night was curbed by the Soviet military, the Soviet leadership believed Hungary would unravel under Nagy without continued military assistance.

Nagy rose to the task, however. First stumbling into control after demonstrators denounced old Stalinist leaders, Nagy quickly secured his position. Once in power, he defied Moscow’s demands to stem the civil upheaval.

The outset of Nagy’s leadership was marked by his failure to connect with the revolting crowds.  However, Nagy’s handling of the crisis evolved, much to the detriment of the Hungarian-Soviet relationship. Nagy began to appeal to the counterrevolutionaries for a peaceful settlement, and the demonstrators assured they would disarm themselves if Nagy could broker the withdrawal of Soviet troops. This forced the Soviet leadership to deliberate how to proceed in Hungary as Nagy grew more comfortable in his position. 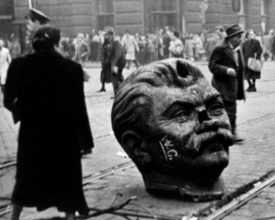 Two Soviet statesmen, Anastas Mikoyan and Mikheil Suslov, were dispatched to Budapest on October 24 to help the Hungarian communist government reassert order. By October 30, however, the Soviet Union was planning to send more troops due to continuing disorder

Increased Soviet military personnel prompted Nagy to assert to Mikoyan and Suslov that Hungary alone could tame the unrest. Convinced by Nagy’s message, Mikoyan informed Moscow that Hungarian-Soviet military relations were deteriorating and that Nagy guaranteed a peaceful resolution, if Soviet troops would withdraw.

The next day at a Central Committee meeting of the Communist Party of the Soviet Union, Nikita Khrushchev decided that troops would remain in Hungary and that a new a Provisional Revolutionary Government would be formed. Documents show that Nagy’s attempts to negotiate the withdrawal of Soviet troops shocked the CPSU. Thus, to reaffirm authority, the CPSU hedged Soviet troop withdrawal on his acceptance of the position as Deputy Premier in the new government.

Nagy responded by withdrawing Hungary from the Warsaw Pact, declaring Hungary a neutral state, and appealing to the Four Great Powers of the United Nations to guarantee Hungary’s position.

The Soviets Save International Communism

The documents demonstrate the scope of the concerns that drove Soviet policy to crush dissent in Hungary. As the Hungarian people organized against Soviet rule and asserted their demands for reform, Moscow evaluated the national and international implications.

Notes from Central Committee meetings illustrate four key trepidations: that the revolution posed a direct threat to Soviet Communist rule; that the lack of response would be perceived as weakness from the West, especially following the inception of the Suez Crisis on October 29; that Soviet Party members would question the Central Committee’s leadership if there was no military action; and that anti-Soviet movements in Hungary would spread to other satellite states and jeopardize Moscow’s command.

Despite these concerns, elements of the Soviet leadership, particularly Mikoyan, continued to advocate a diplomatic approach to resolve the situation in Budapest. He believed that Soviet support for Nagy would translate into the revolution’s peaceful conclusion. Mikoyan’s position, however, was the minority.

The revolution’s demise was inevitable once the Soviet leadership decided to occupy Hungary and establish control by the Hungarian Socialist Worker’s Party. By November 4, troops had occupied most of Hungary and Nagy sought refuge at the Yugoslav Embassy. Soviet control was stable by November 7, and the new government, led by János Kádár, was inaugurated.

Prospects of a new Hungary were defeated on November 10. Kádár’s new government reinforced a Soviet-aligned Hungary and suppressed dissent rather sweepingly.