New Zealand's Anti-Nuclear Legislation and the United States in 1985 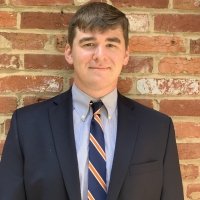 New Zealand's refusal to allow the USS Buchanan to dock in 1985 sparked a diplomatic spat between Wellington and Washington. Henry Cronic examines how the United States navigated New Zealand's anti-nuclear legislation and the resulting crisis in bilateral ties in 1985.

New Zealand rarely comes to mind as a source of trouble for the United States. Today, the country is often seen, along with its larger neighbor Australia, as a close and reliable ally of the US – but this has not always been the case. In 1984, New Zealand passed legislation that made the entire country a nuclear-free zone, which effectively barred American warships from docking in their ports. Consequently, the US froze New Zealand out of the ANZUS military alliance and downgraded their diplomatic status from that of a close ally to a friend. Though certainly an issue specific to the late Cold War, the hard feelings over this international incident have never been truly amended. Even today, there is still tension between the United States and New Zealand over nuclear weapons. Declassified documents help to explain the United States’ qualms with the anti-nuclear legislation of its one-time close ally.

In July 1984, David Lange was elected as the Prime Minister of New Zealand. His Labor Party had found a great – if almost unanticipated – deal of success running on an anti-nuclear platform, and quickly implemented a policy stating that no ship could dock in a New Zealand harbor unless it had confirmed it was not carrying nuclear weapons and was not nuclear powered. This effectively banned all ships in the US Navy from docking in New Zealand – as the Navy, per official US Government policy, never confirmed nor denied the presence of nuclear weapons on any of its vessels.

In January of the following year, the United States decided to test this ban by sending the missile destroyer USS Buchanan to dock in a New Zealand harbor. When Buchanan refused to confirm that it had no nuclear weapons onboard, it was turned away. The US took swift diplomatic action against Wellington. With bipartisan support in Congress, the US ceased all joint naval exercises and intelligence sharing with New Zealand, and President Reagan stated that he could no longer afford the country a special relationship as enjoyed by other allies. This effectively froze New Zealand out of ANZUS, a military alliance it shared with Australia and the United States.

Now-public documents from the CIA and National Security Council show why the US reaction was so swift. In reality, New Zealand afforded little strategic or tactical importance to the US military, but the optics of New Zealand’s ban on US warships were believed to be very damaging. Many US military officials were worried that other, more strategically valuable countries would follow suit and imitate New Zealand’s legislation. Had Australia also created a nuclear-free zone, for example, it would have cost America a serious foothold in the Indian Ocean. As one National Security Council report put it, New Zealand turning away the Buchanan would increase Soviet incentives to “promote disunity among our allies and wait out further successes by other anti-nuclear groups around the world, rather than to negotiate arms reductions.”

US Congressmen were similarly incensed. Many politicians on both sides of the aisle believed that New Zealand’s policy was selfish, and argued that if the country did not want to render a small amount of aid to the US military, they should not be awarded protection from the United States.  Shortly after Buchanan was turned away, New York Congressman Guy Molinari publicly denounced New Zealand’s actions on the House floor:

New Zealand's defense policy for the past 30 years has been built upon the ANZUS alliance, a mutual security treaty. The very nature of such a treaty demands shared risks and responsibilities. However, New Zealand seems to want all the benefits of the alliance without sharing in any of the risks. This is an irresponsible position and disregards the principle of mutual responsibility of allied nations. The United States carries a tremendous burden protecting freedom around the world, and we certainly do not need those who ask for such protection banning U.S. ships from their ports…The irresponsible policy being implemented by New Zealand thus poses a major question to the future of ANZUS, because the need for deterrence is the central thrust of the agreement.

Despite the suspension of military obligations, the United States made it clear that it did not want to punish New Zealand too harshly. The consensus in the intelligence community was that if the nuclear-free policy were to be reversed, the spat with New Zealand would end there. Reagan decided New Zealand could no longer afford privileges of other close allies, but still considered them a friendly country with aligned interests and avoided any punitive economic retaliation.

The feeling was mutual. Prime Minister Lange repeatedly stressed that he knew there would be consequences for his decisions, but he argued his motivations were fundamentally anti-nuclear, not anti-American. The CIA, incidentally, wrote in a report that they considered the distinction irrelevant, but few truly believed the action was done solely to spite the United States. Lange even considered legislation at one point to allow nuclear-powered ships to dock in New Zealand, but quickly reverted his stance after immense political and public backlash.

The US conflict with New Zealand over nuclear weapons has never been fully resolved, though relations have continued to improve and the two countries have expanded military cooperation. In 2001, for example, New Zealand sent troops to fight in the US-led war in Afghanistan. In 2016, the New Zealand Navy invited the USS Sampson to dock in New Zealand after Prime Minister John Key granted it approval – the first such docking by a US military vessel since the passage of the nuclear-free legislation in the mid-1980s. But the country is still unlikely to repeal their anti-nuclear legislation anytime soon. In 2017, New Zealand signed the Treaty on the Prohibition of Nuclear Weapons. This treaty forbids the production, storage, and use of nuclear weapons, and New Zealand’s signature showcases that today their anti-nuclear stance is as strong, if not stronger, than ever.

Henry Cronic was a summer 2020 staff intern with the History and Public Policy Program and research assistant for Dr. Robert Litwak.