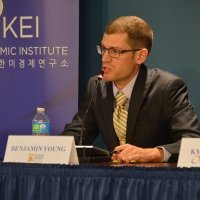 Benjamin R. Young explains why, for a fleeting moment, North Korea saw the small Caribbean spice island of Grenada as the front line of the global struggle against US imperialism.

During the Cold War era, North Korean leader Kim Il Sung saw the world as divided between small and big countries. According to Kim, the big countries, especially the United States, used the small countries in an exploitative fashion and engaged in ruthless imperialism.

The major powers of the Communist Bloc were not immune from Kim’s anti-imperialist criticism either as he believed the Soviet Union and China resorted to bullying tactics at times. In March 1969, the Soviet Foreign Ministry commented on the North Korean leadership’s strategic thinking, “According to their reasoning the American imperialists prefer ‘not to aggravate relations with big countries’ (meaning the USSR and China) and are striving to defeat ‘the little ones’, especially divided countries. Based on this, Kim Il Sung is promoting a ‘strategy’ of fighting imperialism with the forces of ‘small revolutionary’ countries which are to ‘tear American imperialism apart’ everywhere.”

Pyongyang’s sympathies for small Third World countries played a major role in North Korean policymaking during the Cold War era as the Democratic People’s Republic of Korea (DPRK) engaged in internationalism that produced often little to no economic benefits but reaped ideological and reputational benefits for the Kim family regime. One of the windows into looking at Pyongyang’s internationalism was the DPRK government’s short-lived relationship with the small Caribbean spice island of Grenada, which I explored in my article, “Not There For the Nutmeg: North Korean Advisors in Grenada and Pyongyang’s Internationalism, 1979-1983,” that was recently published in Cross-Currents: East Asian History and Culture Review.

In 1979, a socialist revolution swept through Grenada, an island nation famous for its nutmeg, which deposed a previously pro-Western regime. Under the leadership of Prime Minister Maurice Bishop, Grenada initially looked at nearby Cuba as a model of revolutionary socialism. Bishop soon enacted a series of social reforms, such as the implementation of free health care and literacy programs.

Inspired by Grenada’s socialist advances and its pro-Cuban stance, Kim Il Sung invited a Grenadian government to visit the DPRK in 1979. During the visit, the North Korean leadership “promised to give aid to Grenada without hesitation.” From sending technical advisors to promising to build a 15,000-seat stadium in the capital city of St. George’s, the North Koreans invested heavily in the Grenadian Revolution. As my article argues, this comradeship and selflessness by the North Korean leadership was not a cheap ploy to later gain economic benefits but a genuine attempt to engage in internationalism, a longstanding feature of Marxism-Leninism.

Pyongyang saw Grenada, a socialist nation in the Caribbean, as being located on the frontlines of the global struggle against US imperialism. North Korea understood that relatively weak Grenada was in a precarious position and thus aided the military development of Bishop’s government by giving him $12 million US dollars worth of weapons and ammunition for free in April 1983. Nonetheless, this generous offer of military assistance could not deter the U.S invasion of Grenada in October 1983.

Using North Korean press reports, oral histories, and archival materials from the US and South Korea, my article investigates the historic internationalist element of the North Korean identity that has often gone unnoticed or underemphasized by scholars, policymakers, and journalists working on the DPRK. While present-day North Korea is an international pariah state and rogue regime, North Korea during the Cold War era was a product of its specific time period and geopolitical context. Thus, the Kim family regime engaged in internationalist practices that resembled the actions of other Marxist-Leninist states.

For example, just as Cuba sent military advisors to southern Africa to help fight Apartheid and East Germany educated students from the Third World in its universities, North Korea sent advisors to Grenada to assist the military and economic development of this developing island nation. My article is an attempt to reassert the importance of communism to the North Korean leadership’s strategic thinking during the Cold War era and views the regime in Pyongyang as a dynamic entity that shifts its policies according to global dynamics and ideological trends.