Nuclear Testing and the Status of the Comprehensive Test Ban Treaty 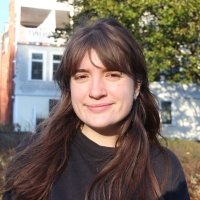 The expansion of nuclear testing following the end of World War II and climaxing in the 1960s highlighted the need for a comprehensive international test ban. However, due to the often-conflicting strategies and political investments of various nuclear powers, attempts at nuclear test ban treaties have proven tumultuous. Utilizing documents from the Digital Archive, this blogpost provides a brief history of the nuclear testing terrain leading up to the Comprehensive Test Ban Treaty.

On July 16th 1945, the United States detonated the world’s first nuclear device. Code-named Trinity this test took place in the early morning in New Mexico. Less than a month later, the United States dopped two nuclear weapons on Hiroshima and Nagasaki in Japan, marking the dawn of a new era of technological warfare. Although the United States was the first country to detonate nuclear weapons, it certainly was not the last. Many soon-to-be nuclear powers began testing their own weapons, such as the USSR in 1949. In response to the Soviet test, President Truman released a statement to the press emphasizing the “necessity for that truly effective enforceable international control of atomic energy which this Government and the large majority of the members of the United Nations support”.

However, despite its stated intention to curb nuclear power, the US continued its own robust testing program. The second half of the 1940s saw many demonstrations of nuclear power as the Cold War began to take shape. From 1946-1958, the US detonated 67 nuclear bombs on the Marshall Islands, including Operation Crossroads and the Castle Bravo Test. These tests had devastating, long-term environmental and health impacts on Marshallese communities that are still felt today.

The US was far from the only country conducting nuclear tests in anticipation of a future war. Throughout the 1950s, the Soviet Union tested numerous weapons in test sites in now-independent Kazakhstan. In 1957, France requested assistance in developing their nuclear weapons program and in 1960 made their testing debut. The rapid proliferation of nuclear weapons testing motivated conversations between world powers about the potential of curbing nuclear weapons tests.

The first international Limited Nuclear Test ban treaty was born out of conversations between the United States, the Soviet Union, and Great Britain in the 1960s. These conversations dragged on until the Cuban Missile Crisis in 1962 added a new sense of urgency, and the Nuclear Test Ban Treaty was signed by the three powers in Moscow on August 5th, 1963 .

Meanwhile, China continued advancing its program and in 1964 detonated its first nuclear weapon. After this test, the US doubled down on support for a comprehensive international nuclear test ban treaty. In a 1964 cable from the Chinese embassy in Switzerland to the Foreign Ministry, Chinese diplomats speculated on the US response to the successful nuclear test, stating that it “caused the American imperialists to panic”. The diplomats suspected that the United States’ motivation was to “monopolize nuclear weapons,” going so far as to describe the proposed test ban treaty as “nuclear blackmail.”

The Limited Nuclear Test Ban treaty lay the groundwork for the eventual adoption of the Comprehensive Nuclear Test Ban Treaty in 1996 by the United Nations General Assembly. The treaty is direct; it prohibits “any nuclear weapons test or any other nuclear explosion” anywhere in the world. It also establishes a global system for monitoring facilities to enable on-site inspections of nuclear sites. However, the treaty cannot actually enter into force until 44 nations with advanced nuclear capabilities ratify it. Despite the fact that President Clinton was the first world-leader to sign the Comprehensive Nuclear Test Ban Treaty and the United States advocated for its passage in the United Nations, the US Senate failed to ratify the treaty in 1999. Other countries that have yet to ratify include China, India, Pakistan, North Korea, Israel, Iran, and Egypt.

President Obama stated an intention to reintroduce the treaty in 2009, but did not follow through. In 2020, President Trump did not seek ratification, but White House officials described it as an “ongoing conversation” and Senator Ed Markey of Massachusetts has stated intent to introduce legislation that would bring the treaty into force.  Still, despite having yet to enter into force, and thanks largely to virtual testing, the last successful nuclear test took place in 1992. Whether that record will hold up without the official ratification of the Comprehensive Nuclear Test Ban Treaty, or something like it, remains to be seen.

Clara Kaul was a Spring 2021 staff intern with the Wilson Center’s History and Public Policy program. She earned a B.A. in gender studies from Smith College, where she wrote a thesis on relationship between the United States and Israel.