An Olympics That Wasn’t Postponed: The DPRK POW Inter-Camp Games, 1952 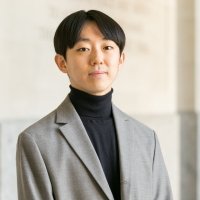 The cancellation of the 2020 Tokyo Olympics due to COVID-19 is the first time since the Second World War that the international games have been postponed. In the past, sport has not always yielded its place to global crises – an extraordinary event known as the POW (Prisoners of War) Inter-Camp Olympics was held during the bitter winter of 1952 against the backdrop of the Korean War, Jihan Kim writes.

The cancellation of the 2020 Tokyo Olympics due to COVID-19 is the first time since the Second World War that the international games have been postponed. In the past, sport has not always yielded its place to global crises – an extraordinary event known as the POW (Prisoners of War) Inter-Camp Olympics was held during the bitter winter of 1952 against the backdrop of the Korean War.

Around 500 prisoners from every POW camp in the DPRK gathered in Pyukdong, North Korea, to attend the unofficial inter-camp games, which were, of course, organized independent from the International Olympic Committee. Despite this, the games attempted to match as much of the authenticity of the IOC version as possible – from organizing judges, referees, timekeepers, to photographers, commentators and even correspondents reporting on the outcome of matches. It even included the symbolic torch, held during the opening ceremony by Willis Stone Jr., one of the athletes representing the United States.

The competition was certainly an international event, with participants from eight different countries (US, South Korea, UK, Philippines, Turkey, France, Holland and Australia) competing in 22 individual events – including some that would never be see in the modern Olympics, such as the 100m sack race and the tug of war.

A notable aspect of these games was the precise and detailed records kept by the POW Inter-Camp Olympic authorities. These records include the statistical records and results of the teams and individuals, but also include valuable narratives that offer an overview of the planning, progress, and details of the events and participants.

One of the most significant documents is the 1952 Inter-Camp Olympics booklet, which is packed with interesting stories and detailed records of the games and players participating in the competition. The booklet was arranged and produced by the participants of the Inter-Camp Olympics, as noted on the first page of the booklet:“Every word in the booklet was written by and for the prisoners-of-war. The authors were participants and reporters at the Inter Camp Olympics in November 1952.”[1]

Within the booklet are several interviews conducted with the athletes in which they offer their thoughts and feelings about the games overall. Interestingly, in almost every interview included in the booklet, a gratification towards the Korean People’s Army and the Chinese People’s Volunteers is expressed. Yet, the sincerity of these remarks is unknown, as it is possible this was something that the captured authors were pressured to include.

“I have yet, three more cheers, they are for the Volunteers for helping us in every way to open our Olympics on this day.” - November 18, 1952, LeRoy Carter, Jr.

“It was mainly due to the friendly cooperation of the Korean People’s Army and the Chinese People’s Volunteers that we were able to enjoy ourselves to the full.” - A. Biever. ‘

“…it was the most colorful and gala event to come about during our stay here in Korea under the guidance of our captors.” - Albert C. Belhomme.

As we commemorate the 70th anniversary of the Korean War this summer, the passing of time has perhaps dulled the memory of the four cruel and tragic years in which the mountains of Korea turned red and many lives were lost. For sports fans including myself, summer seems quite hollow without the excitement of the Olympics to look forward to. But as a young man from South Korea who witnessed the vestiges of the Korean War during two years of compulsory military service, I hope to commemorate the sacrifices made during the Korean War by remembering and sharing the bittersweet memories of the Inter-Camp Olympics.