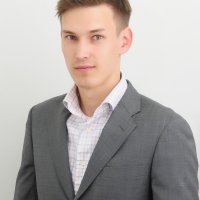 A young state, Ukraine has struggled since the 1990s to settle on a national identity. Whereas the country was established on the basis of geography, previous Soviet censuses had divided the people on Ukrainian territory into ethnic groups. A third "identity axis" was constituted by language. These different methods of organizing national identity have proved hard to meld into a single societal constituency and have prompted longlasting debates that permeate every aspect of Ukrainian life, from relations with neighbors to the very spelling of the country’s language. A recent update to Ukraine’s official orthography, the country’s conventional spelling system, has contributed to refreshing these debates.

On May 22, 2019, the Ukrainian Cabinet of Ministers approved a new version of the Ukrainian pravopys, a set of orthographic rules developed by the Ukrainian National Committee on Issues of Orthography (UNCIO). This document had a rather insignificant impact on the rules, allowing in most cases the coexistence of “old” and “new” spellings. However, the change has brought to light delicate questions regarding the Ukrainian language’s past, contemporary efforts to adapt it to the demands of modern society, and the legal basis for the rules set forth by the government.

Discussions of the Ukrainian language and its orthography have long been contentious, reflecting many of the larger debates around Ukrainian culture. The first official set of rules that was fully accepted by both Western Ukraine and Eastern Ukraine, which were part of Poland and the nascent Soviet Union, respectively, was approved in 1928 and is commonly known as the skrypnykivka. However, it was soon ruled by the Soviet authorities to be “nationalistic” and “throwing up a barrier” between the Ukrainian and Russian languages. In 1933, Soviet authorities responded by changing the Ukrainian orthography to more closely resemble Russian orthography, emphasizing their similarity. Some of the features of the 1928 pravopys were restored to the Ukrainian language only in the late 1980s and early 1990s, when UNCIO was created. It took almost two additional decades to create a new orthography, which was approved in 2019.

In the view of the developers of the new orthography, this new set of rules brings the Ukrainian language closer to its “true” self, a self many understand as pre-Soviet. According to the co-director of UNCIO, the cancellation of the 1928 pravopys was an act of destruction of the Ukrainian language. This comment reflects a widely held opinion: even the Encyclopedia of Modern Ukraine describes the 1933 pravopys as an example of “linguicide.” The 2019 set of spelling rules returns to the skrypnykivka, and therefore, in the view of the creators of 2019 orthographic reform, de-Russifies the Ukrainian language.

The partial return to the orthography of 1928 additionally serves a political function. The Ukrainian diaspora, which is a politically valuable contingent in the eyes of the Ukrainian government, exclusively uses the skrypnykivka. In 1991, participants in the First International Congress of Ukrainian Studies Scholars expressed a desire to create a unified set of orthographic rules that would be the same for Ukrainians all over the world and would be founded on historical Ukrainian orthography. Uniting independent Ukraine’s orthography with that of its cousins abroad is an easy way to bring an efficacious polity closer to the bosom of the motherland, but do the new rules betray those at home?

Despite some clear benefits, the new set of orthographic rules has been criticized by two significant groups: those who felt they did not align closely enough with the 1928 rules and those who felt that a return to the earlier pravopys was altogether unnecessary. The first group felt the new pravopys should not allow multiple spellings and should hew more closely to the orthography approved in 1928. The second group saw the establishment of the new pravopys as illogical and regressive. Representatives of this latter cohort include a twelve-year old student from Kherson, Yuliia Pyrhas, and her mother, who challenged the legality of the pravopys at the District Administrative Court of Kyiv. The court found the change to be illegal on the grounds that the Cabinet of Ministers did not have the power to approve such an adjustment. This in turn led to protests by those who felt that the court was upholding the Russification of the Ukrainian language and an appeal by the Cabinet of Ministers. The Appellate Court ruled in favor of the Cabinet of Ministers; however, the opponents of the new orthography promised to take this case to the court of cassation.

Although the above debates are firmly rooted in ongoing arguments over the resurrection of Ukraine’s past, a second orthographic debate is more concerned with bringing Ukraine into the modern age. In the Ukrainian language, most of the nouns that denote a profession or position have either a masculine or a feminine form, similar to the English waiter versus waitress. However, many nouns that denote the most prestigious positions, such as minister, banker, lawyer, scientist, and many others, had only masculine forms. The creators of the 2019 set of orthographic rules introduced ways of generating a feminine form for almost every noun denoting profession. The novel feminine nouns were and still are the most debated issue of the new pravopys, with many referring to this feature as an attempt to kowtow to popular Western views on gender. This opinion was famously expressed by a linguist and former far-right MP, Iryna Farion. Many also find the new terms to be unusual or even funny-sounding, or remark that the feminine form removes respectability from the profession it references. Those who support the adjustment view these changes as a natural and necessary evolution of the language.

With these discussions unresolved and the court case concerning the legitimacy of the new orthography ongoing, the future of Ukraine’s pravopys reflects many of the arguments currently broiling over Ukraine’s identity. Should Ukraine try to retrograde to a mythological past uninfected by Soviet influence or forge ahead to meet the modern day? The outcome of Ukraine’s pravopys, much like Ukraine’s independent identity, remains to be determined.