From Plowshares to Swords: The United States’ Shift from Nuclear to Conventional Deterrence 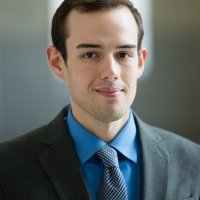 The Cuban Missile Crisis almost drove the world into thermonuclear war. However, the Berlin Crisis of 1961 redefined the United States’ strategy of deterrence by emphasizing US conventional forces over nuclear weapons. This new approach to deterrence helped address the balance of power between the United States and the Soviet Union, but at the cost of a military-industrial complex that became permanently established within the United States’ political economy.

The Cuban Missile Crisis almost drove the world into thermonuclear war. However, the Berlin Crisis of 1961 redefined the United States’ strategy of deterrence by emphasizing US conventional forces over nuclear weapons. This new approach to deterrence helped address the balance of power between the United States and the Soviet Union, but at the cost of a military-industrial complex that became permanently established within the United States’ political economy.

For years, the Soviet Union pressured the United States and its allies to surrender West Berlin to East Germany. Part of this was the large amounts of asylum seekers (20% of East Germany’s population by 1961) who used West Berlin as a stepping stone into other parts of the West. A majority of asylum seekers included high-skilled workers, creating a huge brain drain on the Soviet bloc.

The Soviet Union also feared a militaristic West Germany. To counter a resurging Germany, Soviet leadership hoped to undermine the legitimacy of the Federal Republic by seizing Berlin entirely, granting the Soviets both a psychological victory against NATO and legitimizing the German Democratic Republic (GDR), which suffered from deep economic and political issues.

Khrushchev knew the strength of his hand in such talks: the isolation of Berlin from the West made it almost impossible for the Allies to enforce their own will. As such, if Khrushchev pressured the Allies to end the 4-power agreements that parceled Berlin, there would be little to stop the GDR from occupying West Berlin. The GDR would be legitimized, the number of refugees to the West would decrease, and confidence in the West, particularly the United States, would be severely damaged.

If war arose, the United States and its European Allies would be at a huge disadvantage. Not only did the Soviet bloc have more troops deployed within the Berlin area (and Europe), but their geographic positioning made it easier for their industry and logistics to deploy new weapons, supplies, and manpower into the field. The only advantage the United States had was its large nuclear arsenal. However, Dean Acheson believed that the United States’ large nuclear arsenal did nothing to address “the main point—Russian disbelief in US willingness to use nuclear weapons,” and that “nuclear weapons are not the last and most powerful weapons in the hierarchy of violence to be employed…their employment would mark their failure as a deterrent.”

President Kennedy, following the advice of Acheson’s reports, decided to avoid this conundrum by increasing the size of United States’ conventional forces (from 875,000 to 1 million), as well as requesting Congress for a $3.25 billion increase for the armed forces, $1.8 billion of which would be for conventional weapons, including the formation of 6 new Army divisions and 2 Marine divisions. Lastly, NATO allies would be heavily encouraged to follow suit. In a speech on ABC, Kennedy announced that the United States would “seek peace, but [it would] not surrender.”

Khrushchev was forced to back down. However, by pushing the Berlin question, the Soviet conventional advantage greatly diminished. According to a Congressional Budget Report:

Procurement for the general purpose forces between 1962 and 1969 was 40 percent higher than it had been from 1954 to 1961, even excluding funds for Southeast Asia operations. Procurement for mobility forces [also] doubled. The allies also provided additional forces… [within 5 years, NATO saw] an improvement of as much as 80 percent.

Without the Berlin Crisis, the United States and NATO would have continued to emphasize their policy of nuclear deterrence. A continuation of such a strategy may have seen an entirely different outcome during the Cuban Missile Crisis, either with the US acquiescing to Soviet demands or even nuclear conflict. However, the shift to a greater conventional force deterred Soviet leadership pushing the Berlin question and escalating the Cuban Missile Crisis. Even so, it did create (in the words of President Eisenhower) the “grave implications” of a large defense industry that is still reflected in today’s US political economy.