After the recent intensification of dialogue between official Kyiv and President Biden’s administration, in the wake of the rising threat to Ukraine posed by Russia and in anticipation of President Biden’s visit to the UK and EU, President Volodymyr Zelensky and his team began sharpening their rhetorical stance toward Ukraine’s Western partners.

The pivot toward a more critical stance became clear at a press conference on May 20, 2021, at which President Zelensky discussed the lessons of the first two years of his presidency. When he touched on U.S. failure to block further construction of the Russian-built natural gas pipeline Nord Stream 2, designed to bypass Ukraine’s facilities and deliver energy supplies directly to the EU, he characterized it as a “grave political error,” saying, “It would be a loss for the United States, and I believe it would be President Biden’s personal loss. . . . It would mark a serious geopolitical victory for the Russian Federation and a new redistribution of spheres of influence.” He also expressed concern over the upcoming Biden–Putin summit , fearing that the U.S. administration’s decision not to sanction the Russian company overseeing the pipeline would be viewed by the Kremlin in a positive light.

That same day, Ukraine’s minister of foreign relations Dmytro Kuleba, in much more diplomatic phraseology, said that if the Nord Stream 2 project “is implemented, . . . it will be a defeat for American diplomacy.”

Furthermore, on May 31, in an interview with a German journalist, President Zelensky also complained about the lack of German military support for Ukraine.

The list of critics of the West grew with the addition of Oleksiy Danilov, secretary of Ukraine’s National Security and Defense Council. On June 4, 2021, Secretary Danilov expressed the view that Germany and France were “partially responsible” for the occupation of Crimea and parts of Georgia, since Russia felt able to attack Georgia and Ukraine with impunity after these countries declined to provide Ukraine with a NATO Membership Action Plan in 2008. He added, “Should Germany and France be responsible for this? I think they should.”

Finally, President Zelensky repeated his and his team’s criticism in an interview with Axios published several hours before the phone conversation with President Biden on June 7, 2021.

In my opinion, these statements signal both official Kyiv’s growing concerns over its alliance with its Western partners and a quest for a new policy toward the United States and the EU.

How were these statements perceived by Ukraine’s Western partners? I put this question to international relations experts in the United States, France, and Germany. Their answers follow.

Thomas Graham (New York)
The remarks by Ukrainian president Volodymyr Zelensky and other senior Ukrainian officials attracted little attention in the United States. That said, the Biden administration has long been aware of Ukrainian concerns and is well aware of Kyiv’s mounting unease as the Biden-Putin meeting approaches. That is the reason President Biden called President Zelensky on June 7 to reassure him of America’s steadfast support for Ukraine’s sovereignty and territorial integrity amid rising tensions with Russia. The invitation to the White House later this summer was intended to underscore that commitment.

Looking forward, President Zelensky needs to demonstrate with concrete action that he is prepared to undertake necessary political and economic reforms, especially those related to anti-corruption. Demonstrating progress on that front is critical to overcoming the Ukraine fatigue that has infected much of the West, even if the latter remains firmly opposed to Russia’s aggression in Crimea and eastern Ukraine.

These reforms are also critical to dealing with the Russian gas issue. The Biden administration’s decision on Nord Stream 2 raises understandable concern in Kyiv. But it makes no sense for Kyiv to remain dependent on gas transit fees from Russia, a belligerent neighbor, for a significant share of its budgetary revenue, especially when the Green Revolution in Europe will dramatically reduce European demand for natural gas in the years ahead. The Biden administration is considering ways to cover Ukraine’s budgetary gap for the next few years, but the only long-term solution lies in reforms that increase economic efficiency and end Kyiv’s reliance on Russian gas transit fees.

Tatiana Kastoueva-Jean (Paris)
President Zelensky's critical stance toward the West has not been the subject of any official comment and is ignored by public opinion in France. The main reason is France’s relationship with Russia, which is based on the dual principle of "firmness and dialogue." On the one hand, France has imposed sanctions on Russia, and its authorities strongly condemn Russia’s “authoritarian drift” (in the words of Foreign Minister Jean-Yves Le Drian), the poisoning of Aleksei Navalny, the cyber and information operations, etc. On the other hand, France wants to keep the dialogue open and takes care not to cross what is perceived as “red lines” for the Kremlin.

There is a consensus that direct military support to Ukraine or a push for NATO and EU membership could be a casus belli for Russia. In the short term, France is not in favor of Ukraine joining these two organizations, a subject that President Zelensky tackled openly during his visit to Paris in April 2021. The French president has not publicly expressed his reluctance to weaken his Ukrainian counterpart, either internally or vis-à-vis Russia; rather, this subject was simply absent from the press release published by the Elysée on the occasion of the Ukrainian president’s visit in April. The same press release reiterated France's strong support for the unity and sovereignty of Ukraine, the development of bilateral relations in all fields, and the Minsk agreements. But the “spirit of Brégançon” (a kind of French “reset” with Russia), despite the lack of tangible political and strategic results, remains alive in Paris.

Jan Claas Behrends (Berlin)
This summer the German public is absorbed with the campaign for a new Bundestag, which will be elected in September and will decide on Angela Merkel’s successor. Usually, foreign policy is not high on the agenda in German elections. This year, however, two Ukraine-related subjects have gained weight: Nord Stream 2 and the question of providing arms to Kyiv. Support for the Nord Stream 2 pipeline, once almost unanimous, is decreasing. Opposition from the United States, the EU, and our Eastern neighbors has received more attention, and the ecological problems of relying on Russian fossil fuel have also tainted the project. It is widely seen as the most toxic part of Merkel’s legacy.

The second controversy related to Ukraine is the question of whether Germany should provide Kyiv with weapons. After a trip to the Donbas and a meeting with President Zelensky, the chair of the Greens, Robert Habeck, suggested that Berlin deliver “defensive equipment” to the Ukrainians. Chancellor Merkel has long opposed such a move (while selling arms to Saudi Arabia and providing arms to Israel). Most of the political establishment, as well as the Foreign Office, has rejected Habeck’s idea, but some members of the expert community support his position. The question remains highly controversial, and many politicians fear any “provocation” of Russia.

Overall, both questions—the future of Nord Stream 2 and the provision of weapons to Ukraine—indicate that the discussion about a post-Merkel Ostpolitik has begun. While Merkel’s support of Ukraine has remained lukewarm and the chancellor has tried to save what remains of Berlin’s special relationship with the Kremlin, others from her party and especially from the Greens propose that a new government take a much tougher stance on Russia. Definite answers about the future of German relations with Ukraine and Zelensky, however, can only be expected after the elections in the fall. 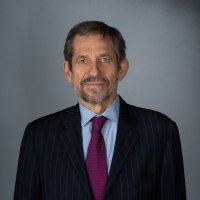 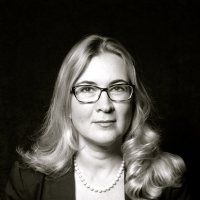 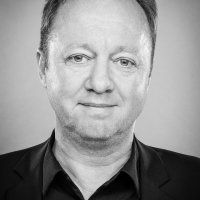