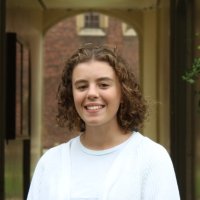 Since 2014, parts of Ukraine’s Donetsk and Luhansk regions have been occupied by Russian-backed separatists, in a protracted conflict often termed “Europe’s forgotten war.” These territories are controlled largely by nonstate armed groups, the so-called Donetsk People’s Republic (DPR) and Luhansk People’s Republic (LPR), which remain unrecognized by the international community. Some 14,000 lives have already been lost, but what of those trapped in unregulated prisons run by the armed groups in the DPR and LPR?

Since 2019, three prisoner exchanges have taken place between Ukraine and Russia. Praised by many for marking a seemingly positive step in the otherwise gridlocked diplomatic attempts to resolve the conflict, behind the façade they play a significant, deeply troubling role in perpetuating human rights abuses in the occupied territories, namely, forced prison labor and an accompanying system of coercion, torture, and arbitrary imprisonment.

Prison administrations are not homogeneous across the territories, but their use of forced labor can be thought of as principally threefold in purpose: for economic profit, to apply psychological pressure, and to advance military goals. Prior to the conflict, the Ukrainian state reportedly made $100,000 per month on products manufactured by prisoners across its territory; in 2016 the occupying regimes’ profits—from only 7 percent of Ukrainian territory—were estimated to be in the region of $300,000–$500,000, suggesting a massive increase in scale.

Aside from economic gain, prisoners are made to undertake tasks constituting psychological torture, such as digging graves for themselves, while access to food, water, medical care, and legal assistance becomes conditional on prisoners’ labor. But this is not all: former detainees testify to being forced to take part in the military efforts of the regimes, digging trenches, repairing military equipment, and building barricades, as well as being made to fight for the DPR and LPR. And this is not the fate of a select few: sources from the OHCHR to human rights NGOs to former detainee Stanislav Aseyev concur that all prisoners are forced to work in such detention centers.

The punishments for refusing to participate are severe, yet even those who do not resist forced labor are routinely subject to torture, including mock executions and rape. As a result, former prisoners state they were “happy” to leave their cells for work, while the false confessions extracted under these conditions serve to justify—if only to prison guards—prisoners’ continued detention and forced labor.

Beyond the human rights violations taking place every day, what is perhaps most concerning about the use of forced labor in these territories is its systemic nature. Owing to Russia’s official denial of its role in the conflict and the international gridlock over the Minsk agreements, international organizations still lack unrestricted access to the occupied territories. This makes prisoner exchanges an appealing prospect, being one of the very few ways in which “progress” is seen to be made.

And yet notions of progress are no more than wishful thinking. A primary concern raised by the OHCHR, Amnesty International, and Human Rights Watch is that prisoner exchanges provide motivation for maintaining high numbers of prisoners, and for the arbitrary arrest of civilians. As the unrecognized regimes lack currency of most other types, civilians effectively become bargaining chips. This, along with economic factors such as prison guards’ job security and the opportunity to profit from the products of prison labor, effectively incentivizes the self-declared republics to maintain a large prisoner workforce.

The administration of justice is directly affected, as false confessions are solicited in an attempt to legitimize prisoners’ continued detention, entrenching the use of torture to such ends. High numbers of prisoners also pose a potential threat to prison administrators’ authority, providing a further impetus for the use of torture and forced labor to maintain detainees in a state of exhaustion and constant fear. Prisoner exchanges therefore undoubtedly contribute to the self-declared authorities’ unwillingness to cooperate with international organizations’ monitoring missions: not only do the DPR and LPR stand to benefit monetarily from the system, but the exchanges also feed into a vicious cycle whereby the abuse of prisoners becomes increasingly ingrained and the authorities increasingly culpable.

Moreover, prisoner exchanges allow those responsible for serious crimes to escape accountability. Prisoners released by Ukraine to date include several held on charges related to the deaths of protestors in Ukraine’s Revolution of Dignity in 2013 and 2014, as well as a person of interest in the downing of Flight MH17 in 2014. In contrast, those returned to Ukraine include journalists held by Russia on fabricated and trumped-up charges.

Well-intentioned and useful for winning over the public prisoner exchanges may be. But we must ask ourselves whether they are truly the useful tool they are purported to be, when they feed into a cycle entrenching the use of forced prison labor and the abuse of human rights in the very fabric of the occupying regimes.

However, the occupying authorities’ reliance on forced prison labor does provide an opportunity to place more stringent conditions on prisoner exchanges. Demands must be made for human rights monitoring missions to go ahead, as only with comprehensive, impartial information will victims receive justice and future abuses be prevented from occurring under the radar. Publicity stunts aside, the priority going forward must be to secure the rights of the many detained in the occupied Donbas, not just the lucky few.

The full report on the forced prison labor in Ukraine’s occupied territories can be found here.