In advance of Sunday’s primaries in Argentina, we interviewed Juan Germano, a founding partner of the Isonomía polling firm, to talk us through the latest public opinion surveys and the potential implications of the primaries for the October general elections. Mr. Germano is a professor of public opinion at the Universidad del Salvador, and holds a Master’s in political communication from the University of London.

Q: After the presidential tickets were announced in June, the Fernández-Fernández ticket’s lead over the Macri-Pichetto ticket has decreased in the latest polls. The more moderate votes that Cristina hoped to attract with the presidential candidacy of Alberto Fernández, and the support of Sergio Massa have not materialized. What are the factors that explain these favorable trends for Macri?

The first thing that explains the dynamics of this year’s elections is the exchange rate stability. The electoral dynamics changed as soon as the ruling party achieved some control over the exchange rate (a milestone highly correlated with inflation and, therefore, with government approval). Argentina is a structurally high-inflation country, so any movement of the exchange rate is automatically reflected in the price of goods Argentines buy every day. Once this issue was removed from the political discussion, the government was able to focus the public conversation on the topics its supporters, and potential supporters, consider more positive: public investment in infrastructure, the fight against corruption, transparency, the fight against drug trafficking, and security.

Q: The importance of the August 11 primaries has been widely discussed in recent weeks, given that no party has candidates competing for the top positions on the ballot. Beyond debating whether or not it is worth the cost to hold non-competitive primaries, it is worth reflecting on what influence the primaries might have on the election. To what extent would a possible triumph by Alberto Fernández over Mauricio Macri influence the image of the candidates and the result of the October general elections?

A: Clearly, the political system in the future should reopen the debate about the role of the primaries. Separately, more important than who wins the primaries is understanding the expectations for the parties and how citizens and international markets interpret the results. For example, in October 2015, Mauricio Macri won the presidential election, even after losing the primaries to Daniel Scioli.

The most important thing is to understand how the average Argentine voter interprets the results of the primaries when he or she wakes up on August 12. Without a doubt, voters will shift their preferences, and not only supporters of candidates who did not attract the minimum support needed to compete in October (1.5 percent). This is an election campaign where the main two parties are using fear as a strategy: Juntos por el Cambio warns of a return to the past, while the Frente de Todos raises fears of prolonging the current economic model. In this sense, what really is at stake is the vision for the country. We’ll see if voters understand that the fundamental choice in the primaries is between a return of kirchernismo and a continuation of Macri’s policies.

All of the parties are trying to impose an agenda that best suits them and, analyzing the electoral dynamics, it seems (regardless of whether it can win or lose in the primaries) the ruling party is managing to impose its vision more successfully.

Q: Despite a strategy of extreme polarization carried out both by Frente de Todos and Juntos por el Cambio, there is still a small but significant segment of the population that rejects both options, giving rise to alternatives such as Roberto Lavagna and José Luis Espert. What are the socioeconomic and geographic characteristics of the voters that support these third-party candidates? Do you agree with the analysis that the vast majority of supporters of these candidates would vote for Macri in a possible ballotage against Fernández?

A: More than 85 percent of Argentines believe that, regardless of their own preference, the next president will be Mauricio Macri or Alberto Fernández. This demonstrates that the support for Roberto Lavagna or José Luis Espert does not reflect a true belief that they can actually win the election, but rather a desire to send a clear message. These voters are not comfortable with either one of the two main options, and they want to express that (at least in the primaries). In a sense, they are “vegan voters” with Mauricio Macri offering beef and Alberto Fernández peddling pork.

Mr. Espert’s supporters are clear about their support for Mauricio Macri in a potential run-off. Mr. Lavagna’s supporters, while similar demographically, appear more reluctant to take that leap. There are two factors to consider regarding the government’s ability to win them over: on one hand, their interpretation of the primary results and, on the other hand, the role Miguel Pichetto can play in trying to convince them.

Q: It is common to say economic issues dominate elections. But in Argentina, there are other issues, such as abortion, marriage equality and public investment in science and technology, which seem increasingly important. What are the non-economic issues to consider in this election, and what personal values do Argentine voters look for in their candidates? And in this regard, does Mauricio Macri represent a change from the traditional profile of an Argentine leader?

A: It is interesting to see how the enormous polarization leads voters to prioritize different issues. Much of Mauricio Macri’s base might not be pleased with economic conditions but finds other qualities in the government to justify its support. Similarly, part of the base of Alberto Fernández and Cristina Fernández de Kirchner is dissatisfied with the way the previous government handled corruption but is willing to subordinate that issue given the severity of the economic crisis.

In this way, the most pro-government voter understands that, notwithstanding the economic problems, the government has made achievements on other issues: public investment in infrastructure, the fight against corruption, transparency, the fight against drug trafficking and security. By contrast, the most pro-opposition voter is primarily concerned with issues related to the economy: inflation, unemployment, and consumer purchasing power.

In Argentina, in contrast to Brazil, there is no outsider upending the national political system, despite widespread disenchantment with the various political options. Perhaps one of the main reasons why this did not happen was that an outsider had already arrived in 2015 with the election of Mauricio Macri, the first president since the restoration of democracy from outside of the main political parties.

Blog post
Democracy
Lessons for President Hichilema – Can He Learn from Lungu’s Mistakes?
By Buchizya Mseteka on August 20, 2021

Blog post
Democracy
A New Dawn for Zambia – But Will it Last?
By Buchizya Mseteka on August 19, 2021
External link
Democracy
Which version of Canada's election history will prevail? 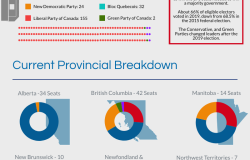