Reagan, Rogue States, and the Problem of Terrorism 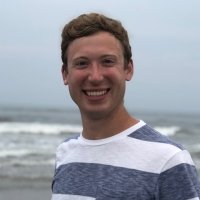 Matthew Frakes explains how Ronald Reagan’s counterterrorism strategy against Libya laid the groundwork for the future Global War on Terror.

Underneath the headline-grabbing transformations in US-Soviet relations in the final decade of the Cold War lurked many of the central challenges that would dominate the post-Cold War world, particularly the escalating threat of terrorism and political violence.

Decades before al Qaeda would become a household name, the Libyan regime of Colonel Muammar Qadhafi stood as the locus of state-sponsored terrorism in the 1980s. When intercepted cable messages tied the Libyan dictator to the bombing in April 1986 of a discotheque in West Berlin that killed an American soldier and wounded dozens of others, the Reagan administration launched a bombing raid against terrorist targets in Libya, one of the few times the United States resorted to military force during his presidency.

The American bombing of Libya in April 1986, contrary to the common depiction as a one-off aberration, marked a seminal moment in the development of US counterterrorism strategy. Indeed, it represented the culmination of a months-long effort to develop the first coherent strategy to combat state-sponsored terrorism in American history — a significant shift in the US government’s perception of national and international security. The Reagan administration, with significant input from Margaret Thatcher’s government in Britain, set a precedent for the use of military force against states sponsoring terrorism. This crisis laid the groundwork for the debates over how to confront rogue states and terrorism that would escalate through the 1990s and continue after 9/11 and into the present day.

The mounting frequency and intensity of terrorist attacks in the year leading up to the confrontation with Libya triggered a recalibration of the administration’s approach to the issue. Speaking to the American Bar Association in July 1985, President Reagan declared that terrorist attacks were “acts of war” and advocated a new approach to counterterrorism that emphasized offensive as well as defensive measures to stave off the threat. He codified these views later that month in a National Security Decision Directive, NSDD-179, which confirmed as official government policy that terrorists were “waging a war” against the United States and that the country must therefore “develop a sustained program for combatting terrorism.”

This “sustained program” came into shape in the early months of 1986. NSDD-179 established a task force under Vice President George Bush to examine and improve US counterterrorism policy and programs. The result reflected the more proactive counterterrorism strategy the administration had in mind, including preemptive action, deterrence, and long-term planning through a combination of political, diplomatic, economic, and military measures. By shifting away from the conventional means of countering terrorism as a matter of criminal law enforcement and by redefining terrorism as an act of war, the Reagan administration brought the terrorist threat into the geopolitical arena, where the United States could employ its decisive preponderance of military power.

Reagan and his team wasted little time in the new year of 1986 in honing the President’s and the task force’s general guidance into a cohesive strategy ready to be put into action. The options on the table in January 1986 for how to confront Libyan support for international terrorism included enacting 1) economic and political sanctions, 2) simultaneous economic sanctions and limited military strikes, or 3) economic sanctions followed by limited military strikes after a two-week pause. Choosing to start with Option 1, Reagan opted to hold off on military action at this juncture to prevent any such response from being an isolated, one-off operation — ironically just what commentators and scholars would later claim the Libya bombing to be. Rather, Reagan wanted his new counterterrorism strategy to be a “sustained program,” developed in concert with key European allies, within which military action would be only one part. The subsequent months witnessed the implementation of this new escalating strategy of coercive diplomacy when Libyan support for terrorism continued unabated, culminating in the airstrikes against Qadhafi’s regime on the night of April 14–15, 1986.

With an escalating series of steps to isolate “rogue regimes,” the Reagan administration’s strategy aimed to preempt imminent terrorist threats, build a strong deterrent against future attacks, and create conditions inside an offending country that would prove conducive to regime change. The British, under the strong influence of Prime Minister Thatcher, provided crucial input to square the American strategy with international law by urging Reagan to justify the airstrikes as acts of self-defense rather than retaliation. For the British as well as the Americans, the bombing of Libya marked the point when terrorism was recognized as a fundamental long-term security threat.

The Libya crisis and the related debates over how to confront the problem of state-sponsored terrorism highlight the importance of the 1980s to understanding the emergence of the new global order that replaced the Cold War world. My ongoing dissertation research at the University of Virginia aims to examine the 1980s as not the final decade of the Cold War world but rather the beginning of the post-Cold War world. This work will trace the rise of the global threats that would come to define the 1990s and 2000s – rogue states, the proliferation of weapons of mass destruction, and terrorism – as American officials and their European allies first began to grapple with understanding a new framework on which to build Western foreign policy after the collapse of the bipolar Cold War order.

Matthew Frakes is a Ph.D. candidate in the Corcoran Department of History at the University of Virginia. His focus is on United States diplomatic and political history with particular emphasis on the late Cold War and the emergence of the post-Cold War world.