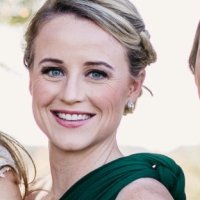 Historians and scholars are continuing to explore Middle Eastern archives and repositories. Long overdue, this research is elevating voices that are often overshadowed or neglected by Western sources. To be fair, geopolitical realities today can make undertaking research in the region difficult. And yet, for Iraqi scholars in particular, major research within Iraqi collections is now possible in the United States.

There are two major Iraqi datasets housed in the United States: the Conflict Records Research Center (CRRC) and the papers of the Hizb al-Baʿth al-'Arabī al-Ishtirākī, or the Baʿth Arab Socialist Party of Iraq (r. 1968-2003).  These collections are providing new avenues to explore Iraqi history, politics, and culture. Between the two of them, these collections house millions of papers, providing the view from Saddam Hussein’s perch to the view of ordinary Iraqi citizens. They offer new perspectives into authoritarian regimes—how they operate and how they manage control over their military and citizens. In the same regard, these papers also show how Iraqi communities responded, contested, and even survived Baʿth methods of control and coercion. The data within the CRRC is providing military historians deeper insight into the Iraqi military, thus helping scholars break away from U.S.-centric ways of thinking about Iraqi military history.

The following description of the CRRC and the Baʿth Party records is by no means a definitive story of how the archives came to be. Instead, this writing is meant to provide enough essential background and references for scholars planning to undertake their own research in these files. The Baʿth Records are especially daunting—millions of documents that remain only accessible to those who can read Arabic and can travel to either California or Washington, D.C. for an extended period of time. However controversial these archives are, these documents are providing incredible understanding about the state, society, and life in Baʿthist Iraq.

Both the CRRC and the Baʿth Party Records are products of the 2003 invasion of Iraq during Operation IRAQI FREEDOM. They were brought to the United States following their capture. The former was created under the auspices of Secretary of Defense Robert Gates’ Minerva Initiative. The collection houses captured Baʿth records, such as interviews with Iraqi generals, audio recordings of Saddam Hussein and his close associates, battle plans, and more.[i] The archive opened at Fort McNair’s National Defense University in Washington, D.C. in 2010. However, operations were closed when funding for the CRRC was cut-off in 2015. No new re-opening date or even location for the records has been announced since then, and calls for the records to become accessible again are growing.  In the meantime, some records can still be found online here.

Despite the CRRC’s closure, there are books available for researchers and scholars that make great use of the CRRC records. Like US President Richard Nixon, Saddam Hussein secretly recorded meetings, phone calls, and conferences, amassing thousands of hours of recorded conversations. These conversations are held within the CRRC. For transcripts and annotations of several of these tapes, see Kevin M. Woods, et. al’s, The Saddam Tapes: The Inner Workings of a Tyrant’s Regime, 1978–2001 (2011). Other military histories, such as Pierre Razoux’s work, The Iran-Iraq War (2015),andWilliamson Murray and Kevin Woods’The Iran-Iraq War: a Military and Strategic History (2011) have also used the CRRC extensively.

The Baʿth Arab Socialist Party of Iraq collection was brought to Stanford University in Palo Alto, California in 2008. This archive may afford the greatest insight into Iraq under Saddam Hussein. Housed within the Hoover Institution on Stanford’s campus, it contains around 11 million original documents, including everything from photographs, official government documents, foreign communications, and more. Scholars such as Joseph Sassoon, Aaron Faust, Lisa Blaydes, Samuel Helfont, Dina Rizk Khoury, and Arbella Bet-Shlimon have all paved the way with their books and research derived from the Hizb al-Baʿth al-'Arabī al-Ishtirākī collection. Their works, respectively, examine topics ranging from the development and organization of the Iraqi Baʿthist party, the state’s domestic control apparatus, the role of religion as means for state control, the memorialization of wars, and the confluence of oil and urbanization in Kirkuk. Helfont has also published on Iraqi political operations and the use of the embassy organizations to control Iraqis abroad. It is highly recommended that researchers consult both Sassoon and Faust before embarking on research within the Baʿth records as both scholars devote a significant amount of time breaking down the ever-complicated and intricate Baʿth party and its bureaucracy.

There are other Iraqi related documents at Hoover as well, such as the Kanan Makiya papers and the Iraqi Memory Foundation (IMF) papers. The latter contains video-recordings and other digital contents that document some of the human rights violations committed by the Baʿthist regime. Makiya, author of the influential book, The Republic of Fear (1989), is a prominent Iraqi exile who closely aligned himself with the George W. Bush administration. Before the 2003 invasion, he created the IMF, then a small non-profit group, intending it to preserve Baʿth Party records. It was subsequently bolstered by support and funding from the US government. His personal papers were available until new research raised fresh questions about the extent of the relationship between Makiya and his cohort of Iraqi exiles and the U.S. government. Elements of this new research were published in the Middle East Research and Information Project (MERIP)in Summer 2019, with the author also arguing that “the Pentagon executed a campaign to weaponize Baʿth Party records to justify the rapidly failing war.” Since the MERIP publication, the Makiya papers have been closed to researchers.

The CRRC and the Baʿth Party records provide incredible insight into contemporary Iraq. While researchers wait for news regarding the CRRC, much work can be done in the Baʿth Party records at the Hoover Institution in either California or Washington, D.C. The Baʿth records are indeed a challenge: they require strong Arabic language abilities as well as time and patience to properly navigate the metadata. But, as the first round of books and publications emerge from scholars who have researched extensively within the records demonstrate, the results are well worth the effort.

There is still much work to be done with these records, and it will take several years, perhaps even decades, to fully appreciate the scope of the collection. The controversies surrounding the collections aside, our understanding of Iraqi history will only be enriched with these papers.[ii] These datasets offer scholars direct perspectives of Iraq from the Iraqis who lived and experienced (however good, bad, or terrible) life under Saddam Hussein and the Iraqi Baʿth Party.