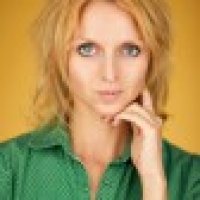 Relations between Poland and Ukraine are at their lowest point since 1991. The current impasse is deeply connected both to the narrative of victimhood common among post-Soviet states and to Ukraine and Poland individually objecting to certain exclusionary policies the other has crafted. The policies, the objections, and failure to reach common ground seem additionally amplified to serve domestic political purposes. A renewal of the strategic dialogue requires each state to move beyond the current stalemate and reconceptualize its relationship to the other while disengaging from a discourse of blame.

The present round of hostilities, dating from 2015, can be traced to national historical memory policies promulgated by the two states individually. These policies share many conceptual and structural similarities: in each case the policies seek to channel speech concerning historical events in such a way as to drive interpretation along a state-approved path. Because the same events or personalities are treated discrepantly by the two sets of laws, each country has effectively demonized the other’s interpretations and condemned the other’s heroes.

The trigger event was the adoption of Ukraine’s Fighters for Independence Law by the Verkhovna Rada in April 2015. The act raises the possibility of punishment for those who challenge the heroic nature of Ukrainian independence fighters by making desecration of the memory of UPA or OUN fighters unlawful. This Ukrainian legislation caused an uproar in Poland since Polish society and politicians hold the UPA responsible for the mass killings of civilians in Volhynia in 1943–1944.

The Polish response was to formally recognize the Volhynia massacres as a genocide of the Polish people in July 2016. There followed a series of tit-for-tat hostilities, including attacks against Ukrainian monuments in Poland; the shelling of the Polish consulate in Lutsk, Ukraine; the glorification of various World War II fighter groups unfavorably perceived by the other country; and Poland’s creation of a list of Ukrainian officials banned from entering the Schengen zone because of their views on Polish-Ukrainian relations. The last and most significant provocation—significant because it drew in many of the combatants’ partners in the West—was the adoption of amendments to the Polish Law on the Institute of National Remembrance in January 2018.

This legislation rapidly became known in the West as the “Holocaust law”; it also contains legislation related to Ukraine’s twentieth-century independence fighters. One amendment allows the criminal prosecution of Poles and foreigners who ascribe any responsibility for the Holocaust to the Polish state or nation (scientists and artists are excluded from sanctions). The second amendment equates the crimes of Ukrainian nationalists committed in 1925–1950 with denial of the crimes of Nazism and Communism against the Polish nation. In both cases the Institute of National Remembrance, a government agency that has lustration and prosecution authorities, has the right to initiate an investigation.

Despite Israel’s immediate and heated remonstrances and the concern expressed by other Western nations, including the United States, the Polish Senate also adopted these amendments and President Andrzej Duda signed them into law, with the provision that the language in the act would be reconsidered by the Constitutional Tribunal. The U.S. response in particular has grown increasingly negative over time, suggesting that the legislation may affect the broader U.S.-Polish relations.

The Ukrainian authorities reacted to this bit of Polish lawmaking with restraint. The official statements of Minister of Foreign Affairs Pavlo Klimkin and President Petro Poroshenko, like the resolution adopted by the Verkhovna Rada, spoke to “the impossibility of politicizing history” and the importance of the Polish-Ukrainian strategic partnership. The Ukrainian media injected more heat than light, advising Ukrainian society that the Polish Sejm had adopted laws prohibiting “the Bandera ideology.” A recent meeting of Polish and Ukrainian government representatives made clear that the parties do not intend to make concessions and will openly raise their disagreements.

As the handling of memory policies swerves violently in the political direction, both Poland and Ukraine justify their actions as the only possible response to the other’s decisions and the only way to protect their own national history from misinterpretation. At the same time, each boasts of its special victim status: Poland during World War II, Ukraine in the current war with Russia. And each expects the other to be the more understanding, more responsible partner.

Today the Ukrainian authorities face a dilemma. On the one hand, the diplomatic spat with Poland is unprofitable. On the other, the right-wing electorate with which Poroshenko has more frequently engaged in advance of the 2019 elections demands that he not extend the hand of friendship to Poland but reinforce to Poles that Ukrainians have sustained many tragic events in the past for which they could easily blame their neighbor. Poland has thus become entrenched in Ukraine’s domestic politics.

In Poland, a victory for the Law and Justice party in the 2019 parliamentary elections currently looks assured. The aim of the party’s leader, Jarosław Kaczyński, is to continue one-party rule. Kaczyński’s 2017 campaign to place the court system under the authority of the executive branch and his plans to change the elections law, both hallmarks of a slow de-Europeanization process, have amplified tensions between Poland and the EU. Kaczyński now is in need of some moves to distract attention from his assault on state institutions. He may find that distraction in beating the drum of national historical sentiment and scapegoating Ukraine. Thus relations with Ukraine are drawn into the sphere of Poland’s domestic politics.

In addition to the conflict engendered by historical memory policies, one more thing stands in the way of meaningful dialogue between the states: Polish-Ukrainian relations have lost the firm conceptual basis that saw the two states through several difficult years, and no replacement construct has yet appeared.

Since the late 1980s, when the breakup of the USSR started looking likely, Poland’s foreign policy with respect to Kyiv has (somewhat paternalistically) has been based on the Jerzy Giedroyc doctrine, which envisaged and promoted a westward orientation for Ukraine and integration of Ukraine into European structures. With the signing of the EU-Ukraine Association Agreement and access to the visa-free regime, pursuit of the Giedroyc doctrine lost momentum. Ukraine is now about as close to Europe as it can be in the existing political climate. At this juncture Warsaw cannot clearly explain what Poland’s strategic interests in Ukraine might look like going forward. Other than preferring to see in Kyiv a Ukrainian rather than a Russian administration, the Warsaw political class today cannot articulate, precise and clearly, why Poland needs Ukraine.

In Ukraine, foreign policy has traditionally been weakly conceptualized. For years, Poland was viewed as “Ukraine’s advocate in Europe” (Ukraine thus somewhat infantilizing itself). After the Revolution of Dignity and Russia’s annexation of Crimea in 2014, however, Ukraine’s foreign policy developed some muscle. Contacts between Kyiv and Brussels deepened, and the conflict in the Donbas pushed Ukraine to improve diplomatic ties with Berlin and Paris. Simultaneously, Warsaw’s influence on European politics began to wane. Poles still consistently advocate for the preservation of sanctions against Russia, but Warsaw’s contribution to the international pressure on Russia is not crucial. From Warsaw, Ukrainian politicians hear worn-out professions of “eternal brotherhood” and “the path of cooperation blessed by the Pope,” but such clichés fail to hide their lack of content. Kyiv does not know why it needs Poland today.

Thus the current situation compels recognition that the Polish-Ukrainian dialogue, conceived as a process of exchange of opinions with the desire to hear the partner, to understand each other’s arguments, and to respect national sensitivity, today is moribund. This does not mean that certain public figures and behind-the-scenes diplomatic efforts will not try to adhere to the best practices developed earlier. But without institutional state support, such initiatives cannot resonate with or influence society.

The current crisis does not mean that the Polish-Ukrainian dialogue has reached a terminus. The parties may again want to hear and understand their partner. But this should be a new dialogue, stripped of Ukraine’s earlier infantilism and Polish paternalism. Any attempts to continue playing according to the old rules would be merely trying to revive the dead.