Satoshi Ikeuchi: Impact of the Islamic State and Global Jihadism 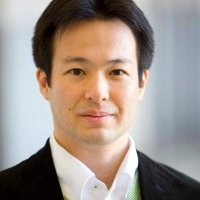 By Satoshi Ikeuchi on October 23, 2017
TerrorismISISMiddle East and North Africa

Satoshi Ikeuchi, a Wilson Center Japan Scholar in the Asia Program from October to December of 2009, is an associate professor at the University of Tokyo Research Center for Advanced Science and Technology. His research at the Center focused on examining American Middle East policy in the initial months of the Obama administration.  Ikeuchi was a visiting fellow at the University of Cambridge in 2010. Prior to his time at the Center, he was an associate professor at the International Research Center for Japanese Studies. He has also been a research fellow for the Institute of Developing Economies of the Japan External Trade Organization (IDE-JETRO), and a visiting professor at Alexandria University in Egypt. Ikeuchi’s publications include “Islamu Sekai-no Ronjikata” (Methods of Discussing Islam), released in 2008, and “Gendai Arabu-no Shakai Shiso: Shumatsuron-to Isramu-shugi” (Contemporary Arab Social Thought: Eschatology and Islamism), published in 2002, for which he received the Osaragi Jiro Award for Critical Works.

A: It's high time to write a book about the Arab Spring in the past tense. "What Was the Arab Spring?" is the planned next book from the University of Tokyo Press on the comprehensive review of what Arab Spring/Uprisings/Wars/Interventions were. It's almost in completion, but still I'm struggling. Maybe it's a moving target.

A: It was a life-changing moment for me to be in Washington DC at the Wilson Center closely watching the first year of Obama administration to shape up its policy on the Middle East and the Islamic World. It was the short lull before the Arab Spring upheaval, with hindsight.

A: A scholar on Arab politics and Islamic movements whom I had long been admiring through his works from the other side of the Pacific happened to be in residence in the Wilson Center and it was great honor for me to be his colleague even for a limited period of time.

It was a life-changing moment for me to be in Washington DC at the Wilson Center closely watching the first year of Obama administration to shape up its policy on the Middle East and the Islamic World.

A: My book in Japanese titled "The Impact of the Islamic State" was published in January 20, 2015 which ominously coincided with the date that ISIS issued a video warning it would kill Japanese hostages in Syria. It made an accidental book launching campaign for my book which sold 105,000 copies in a week. Not much impact of my book but it shows the impact of the ISIS heinous act, though.