In Search of Archival Power: Researching and Writing about Tibet under the Chinese Communist Party 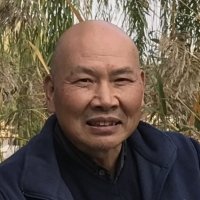 Xiaoyuan Liu traces the origins of a persistent, yet misleading, Chinese Communist Party claim about the Dalai Lama and the Tibetan revolts of the late 1950s.

As the first decade of the People’s Republic of China (PRC) ended, Beijing’s violent incorporation of Tibet into its political domain not only tarnished the PRC’s image as a benevolent power among its friendly Asian neighbors, but also altered Chinese Communist Party (CCP) leaders’ reputations as masterful communist operatives among their Cold War adversaries.  Since then, the Tibet question inherited by the CCP has transformed into a Tibet problem of the CCP’s own creation – and a solution is not on the horizon.

Today, Beijing’s forceful incorporation of Tibet into the PRC is central to political contestations as well as scholarly debates over the status of Tibet.  In these heated contentions, historical facts and reasons are often sacrificed, and bias, misinformation, and fabrication are common commodities.

Healthy intellectual exchanges about any controversial subject would require equal and full access to the same body of information by all sides involved.  For historians, such access to historical archives is a rudimentary condition for their profession.   The late anthropologist Michel-Rolph Trouillot had this to say about historical writings: “Archival power determines the difference between a historian, amateur or professional, from a charlatan.”

Yet, Trouillot’s criterion for a “historian” would disqualify nearly all historians working on PRC history, for, deprived of a decent academic environment for pursuing “archival power,” they are often forced to recoil in front of political authorities’ archival stonewall.  This is so despite the modernization of the PRC archives in recent decades and the Chinese government’s adoption of some rather liberal laws and regulations about archival declassification.  Under current circumstances, a historian’s ability to get access to PRC archives is rare, contingent, and reversible.  Resultantly, independent scholarly works on so-called sensitive subjects in PRC history tend to be idiosyncratic in their sources, and their research processes cannot be replicated.

As far as Beijing’s policymaking about Tibet is concerned, aside from the impossible Central Archives in Beijing, the provincial or regional archives of Gansu, Qinghai, Sichuan, and the Tibetan Autonomous Region are logical places to seek out information.  Yet access to all of these repositories is sternly restricted, and Tibet-related materials are largely inaccessible.  Based on many years of patient searching, unexpected postponements, cultivation of friendships and scholarly contacts, and fortunate timing, my new book To the End of Revolution(Columbia University Press, 2020) cracks open a small archival window for glimpsing the CCP’s internal policymaking operations in the 1950s. My research experience nevertheless attests the perils in coveting “archival power” for PRC history.

Overt Stratagem or Covert Plot?

The following example serves to illustrate my point above. The PRC official narrative about post-1949 Tibet contains a central assertion that a “covert plot” of the “Dalai (Lama) clique” was responsible for causing the Tibetan revolts in western Sichuan (eastern Kham) in 1956, in Gansu and Qinghai (Amdo) in 1958, and in Lhasa in 1959.

Through careful research, I established that this story emerged right after the Lhasa Revolt of March 1959.  From the outset of the Lhasa Revolt, Mao Zedong incriminated the Dalai Lama as the “leader of the reactionaries.”  At the same time, however, other top CCP leaders in Beijing and CCP officials stationed in Lhasa were by no means certain about the Dalai Lama’s stance with respect to the revolt and they continued to work to keep him on the CCP’s side.

Yet, having suppressed the revolt, CCP officials in Tibet took their cue from Mao and began to circulate a classified story inside the party.  According to the story, in the spring of 1955, the Dalai Lama – while ending his official tour in Chinese provinces and passing through the Tibetan area of Xikang (western Sichuan after 1955) on his way back to Lhasa – sent several members of his entourage, disguised as religious preachers, to agitate anti-communist rebellion in different locations.  Allegedly, this was the beginning of Lhasa’s rebellious conspiracy.

In years after 1959, the story became refined and substantiated with additional details, first adopted by classified publications and secret communications within the CCP, and then by official annuals and historical accounts openly circulated for the general public to consume.  Supported by post-1959 CCP documents, which include Mao’s talks and secret archives, does the story have “archival power”?

It would appear so – until one consults pre-1959 CCP archives, which present a rather different picture.  First, the story about the Dalai Lama’s conspiratorial journey in 1955 cannot square with the secret reports filed by CCP security officials who escorted the Dalai Lama group back to Lhasa.  Although critical of some Tibetan officials’ loose behaviors and appalled by the financial cost to local communities caused by the group’s visit, these reports did not reveal any subversive activity on the Tibetans’ part.  In assessing its task to see the Dalai Lama’s safe return to Lhasa, the CCP authorities of Xikang concluded: “The Dalai [Lama] is a good lama who has joined the revolutionary work and preached throughout his journey to propagate the Center [zhongyang, a general term to refer to the CCP central leadership].”

In addition, pre-1959 archives are clear about how armed conflicts began in Sichuan, Gansu, and Qinghai.  Starting in 1955, Beijing and the CCP authorities of Sichuan made plans for implementing “democratic reforms” in the Yi and Tibetan communities of the province so as to bring these areas in line with the rest of the largely Han Chinese province in terms of revolutionary progress.  Although debating briefly over a fine line between “smart class struggle” or a straightforward one as a means of reform, CCP officials nevertheless agreed that “democratic reforms” in the Tibetan communities of western Sichuan, achieved peacefully or forcefully, would have a positive impact on the Tibetan region under the Dalai Lama.

In 1956, the planned reforms met local resistance and a bloody war ensued.  Then, in 1958, amidst the frenzied Great Leap Forward, the CCP authorities of Gansu and Qinghai duplicated the Sichuan experience, in which Qinghai officials fantasized to bring the “backward” Tibetan and Hui communities of the province into “communist heaven” in one step.  In both the Sichuan and the Gansu-Qinghai cases, as asserted in contemporaneous CCP documents, the Party was carrying out a righteous mission of class liberation and social progress.  Whereas the bloodshed was regrettable, such documents claim that it happened only in part because of local CCP operatives’ errors. The key causes were the resistance of so-called feudal classes and the sabotage of American imperialist and Taiwan reactionary agents.  In the radical atmosphere of 1958, Gansu and Qinghai officials indeed vaguely referred to involvement by a “reactionary Tibetan clique,” but they did not explicitly accuse the Tibetan authorities in Lhasa as a culprit.

Thus, two clusters of pre-1959 CCP archives contradict the CCP’s post-1959 story about a “Dalai clique” conspiracy.  They reveal instead the way in which Beijing – while keeping the Dalai Lama in its orbit – pushed an overt stratagem of social engineering and touched off violent conflicts, or “reform wars,” in several frontier provinces.

The CCP authorities have demonstrated a tremendous concern about how “history” is written, delivered to the party and the public, and remembered by the populace.  The vicissitudes of China’s political life since 1949 have made rewriting of official historical accounts and correction of public historical memories a routine practice.  Such rewriting and correction have not only impacted all vehicles of public communication and forms of cultural products but, as illustrated above, often begin with reshaping the inner thinking of the party apparatuses.  Researchers of PRC history will continue to pursue “archival power,” but for now they have to feel contented with occasionally published government documents and political leaders’ writings, thrilled with hard-to-get materials classified for internal circulation, and, if lucky, overjoyed with well-nigh impossible access to archives.  Whatever a researcher’s fortune would be, the example discussed here serves as a reminder that constant vigilance and healthy suspicion with respect to sources are virtuous scholarly qualities.

To the End of Revolution: The Chinese Communist Party and Tibet, 1949-1959, can be purchased from the Columbia University Press website. Use promotion code CUP20 to receive a 20% discount.

Xiaoyuan Liu is David Dean 21st Century Professor of Asian Studies at Corcoran Department of History, University of Virginia, and a specialist in the ethnic frontiers of East Asia in a 20th-century international setting.