The Search for Postcolonial Security 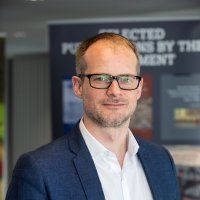 In 2012, roughly one year after the end of the Ivorian post-electoral crisis, which led to the arrest of former President Laurent Gbagbo and brought Alassane Ouattara to power, I visited Côte d’Ivoire for field research. Although a historian, at the time I worked in Security Studies and my project focused on peacekeeping and, especially, the French role in the decade-long Ivorian crisis and its denouement.

In light of my preliminary research, I had been aware of France’s extensive military role and footprint in Sub-Saharan Africa. But it was when I visited the French base in Port-Bouët to interview officers of the Licorne Force that I was truly struck by France’s military might in Africa and nonchalant attitude towards what was supposed to be a postcolonial African security architecture. The sheer proximity of the French base to Abidjan and its airport left no doubt as to who the ultimate arbiter in Côte d’Ivoire was. This state-of-affairs was of course not limited to this former French colony, but applied to a number of countries of Francophone Africa, and has been confirmed through a multitude of French interventions since African independence.

I thus became ever more curious to know how France had managed to retain such a preponderant security role in Africa despite decolonization. This question seemed all the more relevant because the other major former colonial power on the continent – Britain – had already almost completely withdrawn militarily by the end of the Cold War, and any intervention (such as the one in Sierra Leone in 2000) was clearly the exception rather than the rule.

Confronted with this divergence, I decided to return to History, and comparatively study the making of France’s and Britain’s postcolonial security relationships with Côte d’Ivoire and Nigeria respectively during the transfer of power and the early independence period (1958-1966). The choice fell on these two countries because not only was it in West Africa that the decolonization wave gathered pace and the Cold War made its debut on the continent, but they also emerged as the key “moderate” African powers in the sub-region and even beyond.

In search of the making of postcolonial security, and informed by recent shifts in historical scholarship and the postulate of postcolonial studies, I tried to move the analytical focus away from the West and the (former) metropoles to a middle ground in order to also privilege the African perspective. This entailed research not only in European and American, but also African archives.

Yet, archival research in Britain, France, Germany, and the United States on the one hand, and in Côte d’Ivoire, Ghana, and Nigeria on the other, led to a documentary imbalance; whereas there was a wealth of sources from the West, those from Africa were scarce. Nevertheless, a careful and critical reading of the sources allowed me to discover that Ivorian and Nigerian elites played key roles in the making of the postcolonial security relationship with the former imperial power, and thereby responded to the global Cold War and, especially, local and regional factors.

This agency of African elites is clearly discernible in my research results, which I just published in the book Postcolonial Security: Britain, France, & West Africa’s Cold War (Oxford University Press, 2021). It is this very agency that helps to explain the significant divergence between Britain’s and France’s security roles in Africa after independence.

During the transfer of power, both London and Paris aimed to retain their influence and established formal defense relationships with Lagos and Abidjan. But whereas France could ultimately count on a cooperative Ivorian elite, personified by President Félix Houphouët-Boigny, who had not to account for his policies in authoritarian Côte d’Ivoire, Britain had to give in to the demands of an increasingly assertive Nigerian government under the premiership of the Anglophile Sir Abubakar Tawafa Balewa, who had to respond to the nationalist, Pan-Africanist, and non-aligned demands of the opposition and the people in democratic Nigeria.

As a result, the Franco-Ivorian defense relationship remained on a formal footing, France had near exclusivity in equipping the Ivorian armed forces and, in a neo-colonial fashion, Houphouët-Boigny colluded with Paris to use the French military to enforce his ever more ruthless and repressive rule.

The Anglo-Nigerian defense relationship, by contrast, rapidly disintegrated with the abrogation of the defense pact in early 1962 in response to escalating opposition. Moreover, London was unable to employ military assistance to compensate for the loss of formal influence in the Nigerian security sector, because in order to placate the opposition, Lagos began to search for and ultimately found alternative providers.

The story of military assistance is also telling as to how different the British and French approaches to postcolonial Africa were. On the one hand, the British grudgingly came to accept that the West Germans became responsible for the build-up of the Nigerian air force, the Indians took the lead in the establishment of Nigeria’s military academy, and the Americans were increasingly posed to become responsible for the training of the Nigerian army. The French, on the other hand, at first resented and then resisted Israel’s role in the Ivorian civic service and, more vehemently, tried to forestall any American involvement in the security sector of Côte d’Ivoire.

This contrast between the British and the French reflected London’s Cold War and Paris’ neo-colonial approaches. The latter approach was, however, only possible because the fiercely anti-communist Ivorian President Houphouët-Boigny saw the security of his country, regime, and himself best protected by France. Meanwhile in Nigeria, domestic and, to a lesser extent, regional pressures by such so-called “radical” leaders as Kwame Nkrumah of Ghana forced the Nigerian Government to open up the country’s security sector to powers other than Britain, and thereby reduce the reliance on the former metropole.

According to Houphouët-Boigny, this had been a mistake. When Balewa was assassinated in the so-called “five majors” coup in January 1966, the Ivorian President observed to the French ambassador to Côte d’Ivoire that if the Nigerian prime minister had relied, like him, on the protection of the former colonial power, he would still be alive.

This episode illustrates not only Anglo-Nigerian estrangement and Franco-Ivorian neo-colonial collusion, but also that the course of the postcolonial security relationship had been set by the mid-1960s in Nigeria and Côte d’Ivoire. Consequently, in returning to the transfer of power and early independence period in West Africa, I hope my book Postcolonial Security will help us understand the making of today’s African security architecture.

Marco Wyss (FRHistS, FHEA) is the Director of the Centre for War and Diplomacy and Reader in International History and Security at Lancaster University, a Research Fellow at the University of the Free State, and an Associate Fellow at the Institute of Commonwealth Studies.