Explore More
Close
Blog post
Elections
The 2022 Philippine Election: Trouble for Democracy and Foreign Relations Ahead?
By Lucas Myers on May 10, 2022
Share on FacebookShare on TwitterShare via Email
SharePrint
Part of the South Asia at the Wilson Center
Blog post 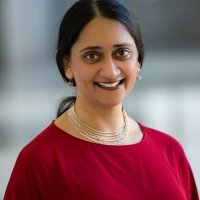 On the eve of India’s first general elections in 1951, the first to be held in free India, and on the basis of a universal adult franchise, Dr. Shyama Prasad Mukherjee, former minister in Jawaharlal Nehru’s government and former president of the right-wing Hindu Mahasabha, extolled the virtues of a multiparty democracy, and urged the formation of a new “national political party with faith in India’s culture and traditions.” Mukherjee would go on to found the Bharatiya Jana Sangh, predecessor of today’s Bharatiya Janata Party (BJP).

In striking contrast to Mukherjee’s dictum that “if democracy has to live, parties must exist,” India’s current prime minister, and star campaigner for the BJP Narendra Modi has called for a “Congress-mukt Bharat,” an India that is free of the Congress party whose leaders once included larger-than-life figures such as Nehru and Gandhi. This call has been echoed by other leaders of the Hindu Right, including, most recently, national general secretary Ram Madhav at an event hosted by the Overseas Friends of the BJP earlier in May, just outside of Washington DC.

This stark desire to embody India’s diversity and plurality in the figure of one party and one community, in the name of nationalism, is not new. It was precisely against this majoritarian impulse that Nehru had warned in the Congress’ election manifesto of 1951. He hoped that the Congress would make every effort to ensure proper representation to minorities in legislatures and other public bodies.

Clearly, this would be an uphill task in the aftermath of the Congress’ decision to do away with special representation for religious minorities in India’s new constitution. In India’s 1st Lok Sabha (parliament), only 4.3 percent of the members were Muslim whereas the overall percentage of Muslims in the population was around 14 percent. In the most recently 16th Lok Sabha that was constituted after the 2014 general elections, Muslims constitute 4.4 percent of the members of parliament. That India’s parliament has been unrepresentative of non-Hindus is clearly not breaking news.

In terms of discourse, however, there has been a dramatic shift in tone and content. In the wake of a horrific, violent Partition along broadly religious lines (India was Hindu-majority while Pakistan was Muslim-majority), India’s first prime minister Nehru emphasized that India, because it was a secular state, would have to give equal rights to all citizens, especially to minorities.

Writing to chairmen of the state election committees on September 19, 1951, Nehru spelt out the qualities of candidates that were to be selected for the forthcoming general elections. Nehru held that the “major struggle in India today, in the elections or elsewhere, is between the Congress, as representing a non-communal and secular State, and communal bodies which have an entirely different approach on this issue.” He went on to ask that Congress candidates be selected with “particular care so that they might represent fully the non-communal character and approach of the Congress.” On the subject of minority representation, he emphasized:

“It is not only a matter of honour for us, but something of great practical importance, that we put up representatives of the minority communities in adequate numbers. Separate electorates and reservations have been given up, and this has increased our responsibility in this respect. If we fail to discharge this responsibility, critics will be entitled to say that joint electorates have failed, and that we cannot adequately protect the interests of the minorities. The principal minority is the Muslim, and we have to make special efforts to put up good Muslim candidates, even taking the risk of the loss of a seat or two. We have also to remember the Sikhs, the Christians, the Parsees and the Anglo-Indians. Normally we should try to give them representation in accordance with their population.”

In speeches and rallies, Nehru spoke of restoring faith in Muslims, lower castes, and tribals, and of the imperative to distance the Congress party from the Hindu Mahasabha which was “making speeches which are against the spirit of international law and our agreements with Pakistan.” Nehru declared that he failed to understand the recent talk of a “Hindu rashtra” and reminded his audience of the constitutional guarantees that gave all Indians equal rights. In campaign speeches, Nehru spoke of secularism as affording protection to minority communities, a necessity if India were to survive and thrive.

Much water has flowed down the Ganga ever since. If the 2014 election campaign is a harbinger of things to come, India’s largest political party, the BJP, will again take care to select as few Muslim candidates for the elections as possible. What’s worse, the Congress party, its secular credentials dented ever since its role in the partition of India, will also most likely continue to ride the wave of Hindu majoritarianism.

From the Nehruvian ambition to found a genuine parliamentary democracy, and thereby also serve as a model for other newly decolonized nations in Asia and Africa, the India of the BJP has come a long way in projecting India as a nation that sees ‘India’ and ‘Hindu’ as coterminous. For Ram Madhav, “official patron of the intellectual Right,” secularism has been displaced by nationalism in the dominant public discourse. That, he holds, as a great achievement. That pretty much sums up the distance traveled by Indian electoral democracy in these last seven decades.