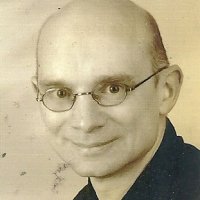 One of the longest-standing mysteries of the Cuban Missile Crisis is how a Republican senator from New York learned of the existence of Soviet missile bases in Cuba a month and a half before the CIA obtained the first visible proof of the missiles.

In August 31, 1962, Senator Kenneth Keating made a speech on the Senate Floor. He alleged that he had been “reliably informed” that Soviet troops had arrived in Cuba in early August and “were seen working in the area near Finca La Guatana, in all probability on or near a missile base located in that area.” On October 10, he gave further details in a second speech and alleged to have information about “rocket” bases in Cuba.

Who was Keating’s source? And precisely how much information did he have at this early stage of the crisis?

These questions have long puzzled historians, but it now appears that one of the oldest theories was probably correct. In 1970, an ABC News reporter William Gil reported on the assassination of the former West German ambassador to Cuba, Karl von Spreti. While explaining the circumstances of von Spreti’s death in Guatemala, Gil also claimed that it was von Spreti who had fed information to Keating. (While the original ABC News broadcast is not available online, William Gil was interviewed by Der Spiegel in 1970 about the details of the saga.)

According to Gil, a reliable but unnamed Bolivian official had claimed that in September 1962 Karl von Spreti met with US officials in Washington and delivered information about secret Soviet strategic missile bases in Cuba. Allegedly, the CIA did not take this information seriously and told von Spreti that an “amateur” must have mistaken a defensive surface-to-air (SAM) missile for an offensive long-range weapon.

Rebuffed by the CIA, von Spreti then decided to meet with Keating. The senator wanted additional confirmation for this explosive information, so von Spreti returned to Havana and sent back more intelligence through a newly created line of communication, via Cuban refugees.

According to the ABC News, all of this was done without von Spreti consulting his superiors in Bonn or the Bundesnachrichtendienst, the West German Federal Intelligence or the BND.

In 1995, the Cold War International History Project published records of Anastas I. Mikoyan's November 1962 visit to Cuba in the wake of the crisis. In his talks with Fidel Castro, Mikoyan stated that the Soviets had assumed West German intelligence was the first source of information on Soviet missile bases in Cuba. According to historian Vladislav Zubok,

In Mikoyan’s version [of events], presented on November 4, the initial source of this scoop was not the U-2 flights but West German intelligence [Bundesnachrichtendienst]. Only then, he said, “the American government sent planes to the air space of Cuba to carry out the aerial-photoreconnaissance and establish the sites of missile deployment.”

Mikoyan’s revelation to Castro was the first indication that the ABC News report was not just a fantasy; the initial information about the missiles in Cuba was given to the United States by the BND.

William Gil’s claims were further substantiated in 2008 with the publication of a biography about Karl von Spreti.

According to the biography, von Spreti took his annual holiday in West Germany in September 1962, during which time he was undoubtedly briefed by the BND about the situation in Cuba. In early October, before returning to Havana, von Spreti stopped briefly in Washington. The book, written by Jörg Zedler, includes excerpts of an official note from the Secretary of the German Embassy in Washington which states that, on October 3, 1962, von Spreti met officials from State Department in Washington.  Furthermore, the biography claims that von Spreti tried to create an “alternative” line of communication between Havana and Washington, corroborating the ABC News report’s suggestion that Von Spreti passed information to Keating via Cuban refugees.

What was still missing was the proof that the BND had information about Soviet missiles, which von Spreti could have then given to US officials and possibly Senator Keating.

This missing piece of the puzzle finally appeared in 2012, when the BND released 39 declassified documents from the Cuban Missile Crisis. Significantly, the accompanying report stated that the BND gave all “relevant” information from the documents to the US. One of the documents, dated September 21, 1962, also contained the following information:

“2. rockets/missiles [Raketen] launch bases will be operational until end of November.”

This document, which was based on a source in Prague, shows that West German intelligence did know that the Soviets were building missile bases in addition to the already discovered SAM missile bases. Those bases were, according to the BND, to be ready by November.

All of this shows that the main points of the ABC News report from 1970 were correct: von Spreti was in Washington, he tried to create an alternative line of communication between Havana and Washington, and the BND had information about the missiles. All of the circumstantial evidence points strongly to Karl von Spreti being Senator Keating’s mysterious source.