Next up on Kim Jong Un’s diplomatic checklist: Vladimir Putin.

The North Korean leader is expected to hold his first summit with the Russian president this week as he continues his campaign of international diplomacy.

The summit itself comes as no surprise. After all, Russia has long been a traditional, if largely absentee, ally of North; a Kim-Putin meeting was long overdue.

It’s the timing that is significant. Kim, in a visit heavy on symbolic ties of friendship, will be seeking to shore up Russian support in the face of tough nuclear negotiations with the United States. Kim has acknowledged to his people that relations with the United States remain tenuous, and will be looking to reassure his people that their traditional relationships remain intact.

Kim knows how to pick his summits to his advantage, showing again how savvy North Korean is in playing its friends and foes off against one another to serve and strengthen its interests.

In 2018, speculation was rife that Kim, having met the leaders of China, South Korea and the United States, would meet with Putin on the sidelines of the Eastern Economic Forum in Vladivostok that September.

Kim ended up skipping the forum. It was just three months after his historic summit in Singapore with Donald Trump, and Kim remained squarely focused on negotiations with the United States, with South Korea serving as a facilitator. He had no need for Russia — yet.

But things did not go as planned at his second summit with Trump in Hanoi this February. Kim ended up taking the 66-hour train journey back to Pyongyang without the prize he craved: a nuclear deal that includes an alleviation of the UN sanctions designed to place a chokehold on North Korea’s economy.

Kim hasn’t completely closed the door on negotiations with the United States. In a speech to the Supreme People’s Assembly earlier this month, he expressed frustration with the Hanoi Summit, accusing the Americans of arriving unprepared, and lacking “clear direction and methodology.” Yet he did not threaten a quick return to provocation. Emphasizing his “personal ties” with Trump, he threw the ball back in the Trump’s court, saying: “We will wait for a bold decision from the U.S. with patience till the end of this year.”

The relatively generous timeline reveals uncertainty on Kim’s part for how things will play out with the Americans. In the meantime, the North Koreans are using the rupture to improve their hand.

That has included issuing rebukes targeting National Security Adviser John Bolton and Secretary of State Mike Pompeo, who they blame for derailing the Hanoi negotiations.

It has included testing what state media claim is a “new tactical weapon” designed to carry a “powerful warhead.” The reports are vague and carried no photos, but served several purposes: to reassure the hard-liners at home in North Korea that defense remains; to remind South Korea and Japan that Pyongyang continues to develop weapons capable of targeting their citizens, and to remind Washington that Kim’s patience is wearing thin. It may not have been an intercontinental ballistic missile — this time.

And it includes a shift in his diplomatic strategy: turning to an old friend who may be willing to serve as a wedge if strategically necessary.

Kim will draw on the legacy of Russian-North Korean ties, just as father Kim Jong Il did in traveling by train to Siberia and the Far East in August 2011, just four months before his death.

At the time, the elder Kim may have suspected his time was short. In his meeting with then-President Dmitry Medvedev, Kim Jong Il highlighted North Korea’s interest in boosting economic ties, including gas and railway links, and in strengthening bilateral relations as a way of “defending global peace and security,” according to a special issue of the state-published Pictorial KOREA published in the trip’s aftermath.

Focusing on the economy, the train journey included stops in Khasan, a key railway junction at the North Korea-Russia border, and at a hydroelectric power station in Bureya. Two full pages show Kim Jong Il touring a supermarket, Megatitan, with sausages dangling from refrigerated displays, in a hint to his own people of the kind of commerce he envisioned for North Korea.

For symbolism, Kim Jong Il also stopped at sites in Khabarovsk in the Far East where his father, Kim Il Sung, once lived (and where Kim Jong Il is believed to have been born), and at Lake Baikal, which Kim Il Sung visited in 1961.

Kim Jong Il’s 2011 visit served as a reminder to Russia of the country’s role — and responsibility — in helping to sustain North Korea. His son’s 2019 trip will aim to do the same.

Though the Soviet Union was North Korea’s first ally, protector and benefactor, helping to install Kim Il Sung in Pyongyang in 1945 and providing the materials, manpower and expertise North Korea needed to get on its feet as a newly communist nation, support began waning fairly quickly. Over the decades, Russia receded as a major financial donor, and North Korea has looked elsewhere for help: to South Korea, Japan, and China.

Unilateral sanctions imposed by Japan and South Korea in the wake of Pyongyang’s provocations have been a blow to North Korea’s economy. And in recent years, Russia and China — frustrated by North Korea’s intransigence and destabilizing nuclear ambitions — have signed onto the U.S.-led “maximum pressure” campaign of UN sanctions aiming at placing a chokehold on North Korea’s ability to earn hard currency.

However, neither China nor Russia wants to see North Korea’s economy collapse. Kim knows sanctions are only effective if enforced, and he may ask Putin to ease up on sanctions in addition to other economic deals. Protectively, Washington sent its lead North Korea negotiator, Stephen Biegun, to Moscow last week.

We’ll be watching to see whether Putin stands with Trump and other leaders in the region in upholding and enforcing the UN sanctions as a tool for pressuring Kim to abandon his nuclear ambitions — or whether he uses the summit as an opportunity to assert an expanded Russian role in regional geopolitics. Ideally, he will find a way to do both: establish a connection with Kim while upholding Russia’s commitment to UN sanctions.

For the most part, however, what we will see is pomp and circumstance, and plenty of politics and propaganda: Kim Jong Un alighting from his special train just like his father and grandfather before him, Kim Jong Un enjoying local performances, Kim Jong Un chatting and laughing with his new friend Vladimir Putin – images designed to reassure his people back home while unnerving his foes abroad. 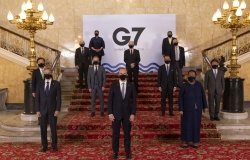 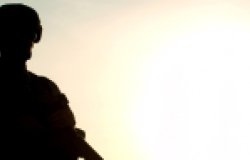