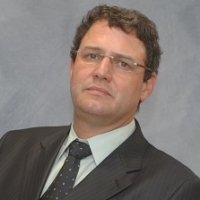 The Economist Intelligence Unit (EIU), the data division of The Economist, recently launched a Food Sustainability Index. Sponsored by the Barilla Center for Food and Nutrition, the Index consists of 34 indicators ranking 25 countries across three broad areas: food loss and waste; sustainable agriculture; and health and nutrition.

Although the Index is a relevant, innovative, and timely initiative, Brazil’s ranking comes as a major surprise. The country ranks in one of the worst positions: 20th place (out of the 25 countries analyzed).

For instance, in the area of sustainable agriculture, where Brazil has advanced more than any other country in last decade, we are pulled down in the ranking by conceptually flawed indicators or highly questionable measures:

Moreover, in the section on nutrition and health, the indicator measuring the “adoption of unhealthy diets” is the population of the country divided by the total number of McDonald's, KFC, and Burger King restaurants. They should consider the queues that form at these restaurants’ doors in cities where people would otherwise not have access to food produced with quality and sanitary standards. Contrary to public perception, the standards used by these three companies in their purchasing choices of raw materials and ingredients is far stricter than in most conventional eateries, be it in terms of quality, traceability, or sustainability criteria.

When considering this work’s bias towards carbohydrates, it is somewhat unsurprising that the sponsor of the Food Sustainability Index is one of the world’s leading pasta companies, a global brand with significant stakes in bread and cookies as well. It is harder, however, to understand why the Economist Intelligence Unit did not conduct a thorough relevance check of the proposed indicators, or why it failed to at least open the debate on this index to scientific circles outside Europe.

Article
Trade and Development
Corn in Mexico and the US
By Philip Martin on April 9, 2020