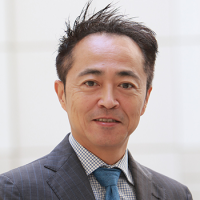 Late last year, an article by a leading Chinese political scientist was published by the People’s Daily. In it, the Director of the Institute of Party History and Literature Qu Qingshan essentially argued that it was Xi Jinping’s predecessors, rather than Xi himself, who paved the way for China’s current success.

Qu’s article mentioned Deng Xiaoping nine times, while Jiang Zemin's and Hu Jintao's names appeared once.  Xi Jinping's name is not mentioned. Yet the purpose of the article is supposedly to have a better understanding of the third historical resolution adopted in November 2021.  Some have argued that this is a deliberate sidelining of Xi and his influence over the course of China’s expansion under his rule.

The article, “Reform and Opening Up is the Party’s Great Awakening” has in fact been highlighted as the emergence of opposing forces to Xi Jinping within the CCP, and their ability to sway public discourse.

The People’s Daily is not alone as a platform for possible dissent.  The official newspaper of the Central Party School, the Study Times, published an article immediately after the release of the historical resolution that praised Deng Xiaoping and criticized the excessive concentration of power in the hands of individuals. While it did not single out Xi Jinping, the article drew attention as a criticism of the concentration of power.

The Secretary of the Zhengzhou City Party Committee’s removal in January has also been seen as greater acceptability of pushing back against Xi by some analysts.  Xu Liyi was charged with under-reporting the number of victims and inadequate response to the floods in Henan Province last year.

In response, the counterattack from the Xi Jinping faction is also intensifying. A communiqué of the Central Commission for Discipline Inspection on January 20, for instance, stated that the committee will step up its crackdown on political gatherings in addition to the usual "anti-corruption" measures.

At the meeting, Xi expressed strong concern about the weakness of the Party's governance in his speech: “The problems of lax and weak governance over Party organizations has been addressed at the fundamental level.”  He also demanded that officials use “concrete actions to implement the principle of loyalty to the Party and the people.”

The report cautioned that the creation of factions within the CCP itself would be considered dangerous, and the mounting government focus on exposing and cracking down on anti-Xi Jinping voices can be viewed within that lens.

Deterioration of international public opinion as a result of the CCP’s hardline stance on humanitarian issues, most notably regarding Uighurs, has also emboldened those wary of Xi Jinping’s rule. At the same time, Xi has stepped up suppressing the opposition in the name of fighting against corruption.

The power struggle is expected to intensify in the run-up to the autumn Communist Party National Congress.