Six Years After Crimea: The Outlook for a “Russia-Friendly” Political Establishment in Ukraine 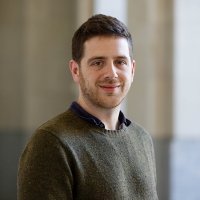 From the 2004 Orange Revolution until the 2014 Revolution of Dignity, the divide between “orange” (supporters of pro-Maidan parties) and “blue” (supporters of President Viktor Yanukovych) Ukraine shaped the country’s political life. Since the Russian military intervention in early 2014, however, that gap between these two Ukraines has become far less relevant. In a few short months, the mighty political machine that epitomized blue Ukraine—primarily consisting of the Party of Regions and the Communist Party of Ukraine—experienced an unprecedented crisis. Not only was it deprived of its Crimea and Donbas electoral strongholds (which accounted for about 15 percent of the Ukrainian electorate), it also faced a sudden loss of legitimacy and the exile of some of its leaders to Russia. The Party of Regions disintegrated in 2014, and the Communist Party of Ukraine was banned in 2015.

Throughout the 2019 electoral cycle, the Opposition Platform emerged as the main force of the Russia-friendly political opposition. Yuri Boyko, its presidential candidate, received 12 percent of the votes, and the party won 13 percent of the votes during the parliamentary elections, giving it forty-three seats in the Rada. Its de facto leader, Viktor Medvdchuk, had entered Ukrainian politics in the early 1990s but lost his political clout after the 2004 Orange Revolution. The conflict in the Donbas presented him with the opportunity to make a successful comeback in Ukrainian politics by becoming Ukraine’s special envoy for prisoner exchange negotiations between Kyiv and Moscow.

The Opposition Bloc, by contrast, has a more limited audience. Its presidential candidate, Oleksandr Vilkul, received only 4.15 percent of the votes, and the party itself secured only 3 percent of the votes during the parliamentary elections. The Opposition Bloc’s godfather, Rinat Akhmetov, once the political strongman of the Donbas, had been the Party of Regions’ main sponsor. After 2014, Akhmetov shifted his support to Petro Poroshenko.

Both parties target the southeastern Ukrainian electorate with similar political platforms, proposing to restore peace and to ensure economic and social development. The main difference is their approach to Russia. The Opposition Platform is much more sympathetic to Moscow, explicitly proposing to resume partnership with Russia and to adopt a neutral status for Ukraine. Thus, while the Opposition Bloc could be defined as a “southeastern-minded” political party, the Opposition Platform is both “southeastern-minded” and “Russia-friendly.”

The Russia-friendly opposition has become the second-largest faction in the Rada, ahead of the “patriotic opposition,” and it may well make further gains. This will notably depend on whether President Volodymyr Zelenskyy is able to realize some of his electoral promises, particularly those related to bringing peace to the Donbas and improving the country’s standard of living, issues that remain Ukrainians’ chief concerns. The first months of Zelenskyy’s presidency have been marked by important results on the Donbas issue, mostly attributable to Kyiv’s goodwill. But during the last Normandy Format Summit, held in Paris in December 2019, Moscow demonstrated that it was not ready to make any major concessions. It is very likely that Moscow will maintain its wait-and-see policy. In the Kremlin’s eyes, this policy has already proven convincing, since Zelenskyy has shown a far greater openness to negotiating with Moscow than his predecessor. For Moscow, either Ukraine’s next president will be inclined to make additional compromises or Zelenskyy himself will be compelled to do so over time if the Russia-friendly opposition grows stronger.

On that note, it is worth mentioning that the Kremlin regularly hosts meetings with Opposition Platform leaders in Moscow—thus undermining Zelenskyy’s authority—and portrays them as the most capable force for bringing peace in the Donbas. The recent visit to Moscow of an Opposition Platform delegation headed by Victor Medvedchuk is one such example. During their last visit, Opposition Platform leaders held talks with Vladimir Putin and Duma officials on the opportunity to create an interparliamentary negotiation framework as a part of the Normandy Format.

Zelenskyy’s election sparked huge waves of enthusiasm across Ukraine, but disappointment could be as huge if he is not able to meet the electorate’s expectations. He is already facing soaring discontent, which led him to reshuffle his government early March. In January 2020, his popularity rating fell below 50 percent; at the same time, 53 percent of the Ukrainian electorate believe that Ukraine is moving in the wrong direction. The Opposition Platform naturally will capitalize on this discontent and portray itself as a credible, experienced alternative that can address critical social and economic issues. If Zelenskyy is not able to deliver progress on enough fronts to meet the strong expectations that carried him into office, the Russia-friendly opposition will continue to prosper—a prospect in line with the Kremlin’s wait-and-see policy toward Ukraine.

Emmanuel Dreyfus conducts research on Russia’s defense and foreign policy at the Thucydide Center, Paris II Panthéon-Assas University. He is a Visiting Fellow at George Washington University and a former George F. Kennan Fellow at the Kennan Institute, Wilson Center.