The Social and Economic Effects of Climate Change in Africa 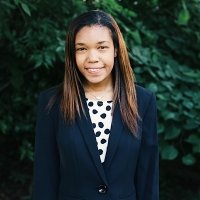 It is widely acknowledged that Africa is the continent most vulnerable to climate change and the least equipped to cope. These challenges include land degradation, deforestation, biodiversity loss, and other climate-related vulnerabilities. "The region's vulnerability is driven partly by geography but mainly by its low adaptive capacity resulting from dysfunctions in national economies in education, health, infrastructures, and governance systems" (Grant, 2015). Moreover, Africa's environmental health is deteriorating in both rural and urban settings, causing an increase in poverty and hampering development.

Africa's explosively growing urban areas will face several impacts of climate change in the near future. These include increased difficulty in maintaining basic services and creating an environment resilient against future climate-related issues. According to the Intergovernmental Panel on Climate Change, the stakes of climate change in Africa are high because a majority of its people make their livelihood from the land. Rapid urbanization also means that urban infrastructures in Africa are poorly equipped to deal with the effects of climate change on biodiversity, food security, health, water access, and migration.

Although environmental policies vary in each African country, the continent's general climate plan trajectory is not on a sustainable platform.

Climate change has not been prominently featured in most countries' development programs, and few national development projects have a climate change focus from the initial planning stage (Grant, 2015). Africa can address this shortcoming in several ways. First, African countries can expand access to energy. Second, they can support green development. Third, they can begin growing crops that tolerate more heat and less rain and withstand summer droughts. Fourth, they can prioritize local input at the forefront of policy discussion and implementation.

Globally, corporate interests continue to undervalue the voices of climate activists and ordinary citizens advocating for more resilient climate policies (Grant, 2015). Environmental security will be in jeopardy if there is not a transition soon to low carbon energy and increased implementation of sustainable, environment-friendly technologies. Failure to reach an international agreement on carbon emission soon could end very badly for the continent, according to many African environmental activists.

Climate change intensifies many existing challenges in Africa. Refugee crises and high poverty rates are chief among them. Displacement due to environmental change has been on the rise across the continent. Africa's urban poor are more likely to live in high-risk zones and are less able to move in the event of natural disaster. In Nigeria, for example, "A sea level rise of one meter could displace 6.3 million people in Lagos alone and change the spatial distribution and density of both formal and informal urban settlements” (Grant, 2015). This could cause dire displacement consequences if solutions are not implemented soon. Furthermore, since agriculture accounts for the primary share of Africa's economic activity, the continent is especially vulnerable to climate change—yet is comprised of national economies that are ill-equipped to adapt.

To combat the threat of climate change, Africa's most vulnerable regions need special support to break perpetuating cycles of underdevelopment, poverty, food insecurity, environmental degradation, and rapid population growth. There is growing recognition worldwide that environmental concerns need to be at the forefront of the global sustainable development agenda. This requires African voices to be present and represented.

"In African contexts, sustainability must incorporate improvements in housing, living, and working conditions for the poor to complement environmental initiatives" (Grant, 2015). For Africans to deal effectively with climate change, they should not be merely the recipients of advice but also participants in discussions on how to best deal with the challenge. A more collaborative effort to tackle climate change in Africa will require several additional centers of Africa-based knowledge.

To foster sustainable development in Africa, several policy solutions should be considered. First, cities need to play a more central role in responding to climate change (Grant, 2015). Extending this effort has been a key goal of the UN-HABITAT Initiative. Africa, in particular, suffers from an excess of advice yet a lack of opportunity for real engagement on global issues. Second, altering the Millennium Development Goals (MDGs) to reflect Africa's changing environmental conditions is highly recommended. This change requires broadening the engagement of stakeholders in the post-MDG process, which is imperative to move beyond the reliance on expert insiders and donor communities in the Global North (Grant, 2015). Some of the MDGs should be altered to include building African capacity, creating more sustainable cities, and eliminating poverty. Also, greater use of indigenous knowledge should be integrated into Africa's economic, agricultural, scientific, and governance systems. Third, there needs to be more accountability for companies that pollute heavily. African governments and individuals need to pressure high-polluting industries to demand change. Many African countries have already begun to do this. For example, activists in Kenya and South Africa have played a leading role in advocating for climate justice. Fourth, more funding is needed to promote sustainable development practices, such as creating more resilient communities and climate-proofing cities to help Africans prepare for and respond to the inevitable impacts of climate change (Grant, 2015). Africa is in need of global climate leadership that can administer international financing and ensure an adequate balance among adaptation, mitigation, and resilience in the face of environmental threats. Africa's need for international aid and financing is essential for it to address climate change effectively.

There are major challenges to the greening of African cities. For the continent's development to be sustainable, its countries need to focus on five inter-related dimensions of sustainability: economic, social, ecological, physical, and political. Focusing on these factors will give African states a more effective way to achieve sustainable development and bring more of their populace out of poverty. Implementing sustainable development policies and practices across the continent will require a substantial transformation of its energy, industrial, urban, and agricultural systems, plus a movement away from resource-intensive and energy-intensive growth (Grant, 2015). Transitioning to sustainable development offers a unique opportunity for cross-collaboration among non-traditional partners toward a more holistic approach to the African development experience. In short, for Africa to achieve sustainable development in the face of the grave threat of global climate change, it is vital to increase funding, integrate more local perspectives into the policymaking process, and demand greater accountability from companies that heavily pollute.