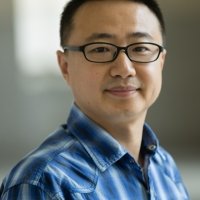 Lei Liu, author of "General Zhang Aiping’s Contribution to the Modernisation of China’s Nuclear Force and Strategy since 1977," introduces the many official publications, memoirs, and journals related to PRC nuclear history.

Introducing the many official publications, memoirs, and journals related to PRC nuclear history

It is not an easy job to do archival research on China's modern military history.

Due to the PRC's administrative policy of limiting access to its central archives, none of the original archives related to post-1949 military developments can be reached by civilian researchers—not to mention the military or nuclear archives.

However, there are numerous official publications by the Chinese government and Communist Party that are a good starting point of research. Many of them are edited and published by “official” researchers who have access to the original archives. These include the chronicles or chronologies (nianpu), biographies (zhuan), and selected works (xuanji) of top and mid-level political and military leaders, as well as collections of records pertaining to specific issues or fields in PRC history. There are also many valuable memoirs written by key figures themselves or by their family members. Furthermore, many witnesses to PRC history wrote diaries or personal records on specific events.

In the absence of original archives, these documents or publications are the closest thing we have to first-hand sources for China's modern history studies. Now, onto the specifics of researching the PRC’s nuclear history.

There were two crucial, historic phases for China's nuclear development. The first was the “Liang dan yi xing” (literally, two bombs and one satellite; referring to the nuclear bomb, ballistic missile, and artificial satellite) phase, which lasted from the early 1950s to the mid-1970s. The second phase was the “San zhua” (referring to ICBM, SLBM, and communication satellite), lasting from the late 1970s to the late 1980s.

There are several types of sources available that cover both phases.  The first type includes the CCP and PRC’s official documents, such as Zhonggong zhongyang wenjian xuanji[Selected Documents of the CCP Central Committee]. This collection includes a dozen records related to the “Liang dan yi xing” period. For several years after 2004, the PRC Foreign Ministry Archives also included some documentation about China's attitudes to international nuclear arms control and disarmament, as described by Nicola Leveringhaus in China and Global Nuclear Order(2015), as well as international reactions to China’s early nuclear tests.

The second category of sources includes the chronicles, biographies, and selected works of key figures involved with Chinese nuclear development. Many of these are already well-known and easy to access. These include the chronologies and biographies of leaders like Mao Zedong, Zhou Enlai, Deng Xiaoping, Nie Rongzhen, Peng Dehuai, Xu Xiangqian, Zhang Aiping, and so on. Although these sources offer a general survey of the whole life of a given leader, specific information relating to nuclear affairs can nevertheless be found in these publications.

The third category includes the specialized military works of Chinese military leaders. There are many publications in the series Junshi wenxuan [Selected Works on Military Affairs], including collections for Mao Zedong, Zhou Enlai, Deng Xiaoping, Nie Rongzhen, Zhang Aiping, and Xu Xiangqian. Besides that, some figures' addresses or works on military affairs and foreign affairs offer some information about China's nuclear policy, such as:

The fourth category includes the memoirs of key figures and other participants in China’s nuclear program, as well as that of their family members. Prominent examples include:

There are also many short articles in journals and newspapers by these and other authors that recall certain figures or events related to China’s nuclear development.

Meanwhile, some presses of military and industrial departments published other specialized books on China's defense and military development, such as:

The sixth category includes some writers and journalists' narration of certain leaders and scientists' roles and stories in China's nuclear progress. These include:

Except Zhang Aiping, all the rest are distinguished scientists who contributed to the cause of Liang Dan Yi Xiang and San Zhua. There are many short articles in this regard as well.

Be advised, they are just some of the open sources we can reach regularly and right now. There may be more coming in the future, as well as other methods, such as interviews with witnesses or participants of China's nuclear cause.

Many thanks go to Professor Xin Zhan from Northeast China Normal University, who contributed to the list of the sources above.