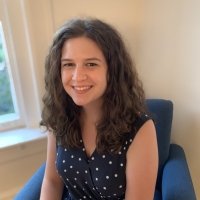 My background is in the history of Russia and Ukraine’s entangled relationship, with a particular interest in how religious ties between the two countries both challenge and reinforce ideas of empire. Although my training is as a historian, ever since the annexation of Crimea in 2014 I have become interested in how to connect historically-grounded research to relevant and ongoing policy debates. In making those connections, I wanted to come to the Kennan Institute to shape my research in a way that would make my conclusions relevant to academic and policy audiences alike. I proposed my research project at the Wilson Center before Russia’s February invasion of Ukraine and the ongoing war has only made research into the region that can be accessible to wider audiences all the more urgent.

At the Wilson Center, I am working on my current book project, One Ukraine, Under God, which explores how the officially atheist Soviet state mobilized religious institutions and spiritual ties to claim people and territory in Ukraine during and after the Second World War. My focus during my research grant is on the last chapter of the book, "Ukraine and the Russkiy Mir: The Soviet roots of the new Russian Orthodox World,” which links overlooked developments from the Soviet period to the contemporary situation in Russia and Ukraine. The idea of the “Russkiy Mir” or Russian Orthodox world harkens back to an imagined era of Russian, Ukrainian, and Belarusian unity, based on a legacy of all of these populations tracing their Orthodoxy to medieval Kyiv. While the roots of the Russkiy Mir may be in Kyiv, it is today’s Moscow that proclaims itself as inheritor of this legacy, as home to the Moscow Patriarchate of the Orthodox Church and capital of the Russian state, institutions that work together to hold the Russian world together. The Russkiy Mir concept can be traced back to imperial Russia, but I argue that how the idea has been wielded by the Kremlin today is a reflection of how ideas of religious and national belonging were shaped by the Soviet experience.

One of the most fruitful, though incredibly disturbing, archival collections I am exploring while at the Wilson Center is the eastern Ukrainian newspaper collection at the Library of Congress. This is a collection of newspapers produced by the authorities of the Donetsk and Luhansk “People’s Republics” in eastern Ukraine beginning in 2014 when a Russian-backed separatist movement took control of these territories. Reading these papers have given me insights into the narratives used to justify control by Russia-backed separatists and to draw meaningful comparisons between these ideas and ideas that were deployed by Soviet authorities to assert control over Ukraine during WWII. These papers also demonstrate how fringe-seeming ideas that appeared in these publications have now become mainstream talking points for the Kremlin. In all cases, the imagined “Russkiy Mir” and the idea of Russia and Ukraine as connected through religious ties runs as a through line.

My interest in Ukraine began as part of a larger interest in religious life in Russia and East Europe. I visited Ukraine for the first time as a Fulbright scholar, spending 2012-2013 in Odesa conducting research on the local Jewish community. For that project I was interested in what I saw as paradoxes in people’s notions of belonging. It seemed that every person I spoke with had a different understanding of how the language they spoke, the religion they practiced, and the city they lived in fit in to whether they would identify as Ukrainian. The more I became interested in these questions as they applied to Jews and the Odesa region, I wanted to explore how these questions played out elsewhere in Ukraine and in different religious communities. Through that interest I began my PhD with a project studying western Ukraine and the role of religious institutions, and eventually the Soviet state, in trying to shape how local populations saw themselves. What I came to find is that Soviet policymakers struggled to make sense of the various ways religious and national belonging did and did not overlap, just as I did when I first came to Ukraine as a Fulbright scholar.

The war in Ukraine has meant there is much more attention on the region from a broader audience that may not have much expertise in the region. For much of this audience, this war seemed to come out of nowhere. And while in many ways the swiftness of the invasion and the brutality of the occupation remains shocking, there are important historical precedents that are key to understanding this war, in particular the ideas that are mobilizing not just Putin, but large segments of the Russian population to justify the invasion. What is not new about the February invasion is the role both religious institutions and religious ideas have played in Russia’s claims on Ukraine. Understanding how these ideas have been used in the past helps us understand why they resonate so much in the present.

Studying religious belonging is complicated. As much as we can find archival and survey data about how people identify, or statistics about how many churches were closed by a repressive state, how individuals and communities see their own religious practices is extremely varied. To give a relevant example, many Ukrainians today attend churches affiliated with the Moscow Patriarchate of the Russian Orthodox Church. For some observers, this indicates political support for Russian influence in Ukraine. But in conversations with these attendees or the clergy who serve these congregations, it is clear that their feelings about their local church do not necessarily reveal much about their feelings toward Russian politics. On the other hand, the war in Ukraine has pushed many religious believers to question whether there is room for their varied ideas of belonging in a time of such violence and rupture. In the months since February 2022 alone we have seen unprecedented changes in Ukraine’s religious landscape and it remains to be seen what the consequences of that will be. War has a way of bringing radical change that can upend many of our scholarly assumptions.

My hope is that my research will shed light on the complexities of Russia and Ukraine’s relationship. Much of the answer certainly has to do with recent developments like the collapse of the Soviet Union, changing dynamics with NATO and Russia, Ukraine’s Maidan Revolution, and Putin’s consolidation of power. But there is also a great deal about Russia and Ukraine that precedes the past few decades. My hope is that my examination of the religious ties that both connect and divide Russia and Ukraine and my exploration of how governments and local believers have tried to shape these ties over the past century will provide a foundation to understanding current developments that continue to defy easy explanations.