The Soviet Union and the Baruch Plan 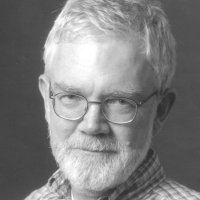 Documents from Stalin’s personal fond at the Russian State Archive of Socio-Political History offer insights into the Soviet Union’s position vis-à-vis the Baruch plan for the international control of atomic energy.

A new collection of documents from Stalin’s personal fond at the Russian State Archive of Socio-Political History (RGASPI), obtained by Sergey Radchenko and published on DigitalArchive.org, offer insights into the Soviet Union’s position vis-à-vis the Baruch plan for the international control of atomic energy.

Most of the sources refer to negotiations taking place at the United Nations in the last three months of 1946. The United Nations Atomic Energy Commission (UNAEC), which had 12 members, had heard Bernard Baruch put forward his plan for the international control of atomic energy on 14 June. Five days later, Andrei Gromyko responded with the Soviet proposal.[1] The Commission’s mandate was to devise ways of ensuring that atomic energy would be used only for peaceful purposes. At the same time, the First Committee of the General Assembly (i.e. all the General Assembly members) was discussing resolutions on the Regulation and Reduction of Armaments.

In his cable to Stalin on 27 October, Molotov linked the two sets of negotiations. He outlined a four-point proposal that he planned to make in a speech to the UN General Assembly two days later. This stressed that banning the production and use of atomic energy for military purposes was the most important task to be addressed in the process of arms reduction. Molotov did indeed propose that resolution in his speech. He also roundly condemned the Baruch plan as a device for maintaining the American atomic monopoly, warning that “in response to the atomic bombs of one side atomic bombs, and perhaps something else, may be found on the other side.”[2]

On 7 November, Molotov proposed to Stalin that a fifth point be added to the four-point proposal he had made in his 29 October speech. This is perhaps the most interesting issue in these documents. Molotov reported that the Soviet positions on arms reductions and the ban on atomic weapons were being attacked by the Americans because they said nothing about international control. Molotov proposed that the fifth point call for the “establishment in the Security Council system … of permanent international control, based on a special provision for the creation of special inspection bodies.” Stalin approved this proposal on 9 November, commenting only that the control and inspection of arms reductions should be separate from those on atomic energy, because the former would be temporary and the latter permanent.

The issue of control and inspection had already been raised by Dmitrii Skobel’tsyn, one of the scientific advisers to the Soviet delegation to the UNAEC. He had written to Molotov and Lavrentii Beria on 12 October to urge that the Soviet Union take a more active stance in the UNAEC, instead of the “passive defense” it was conducting.[3] The Soviet position was weak, he wrote, because it appeared to oppose the whole idea of verification and control. It was presumably not by coincidence that just over two weeks later, on the day before Molotov’s speech to the UN General Assembly, Stalin told an American journalist that “strict international control was necessary.”[4] Now the same point was to be included in the Soviet documents at the UN. On 25 November Molotov wrote to Stalin proposing a slight modification to his Point 5. Stalin approved it two days later.

The next three documents concern a resolution on the Regulation and Reduction of Armaments proposed to the First Committee. Cable Nos. 509-511, sent from Molotov to Stalin, is the draft of an American resolution on arms reductions submitted to the First Committee. Molotov proposed to Stalin that with some changes this could be taken as the basis for a General Assembly Resolution and he described in Cable Nos. 512-515 the changes he would like to see. His most significant aim was to strengthen Article 2 of the American draft, adding urgency to the call to the Security Council to speed up its work on preventing atomic weapons and other weapons of mass destruction from being adopted by national forces. On 14 December the First Committee adopted a unanimous resolution incorporating most of the wording proposed by Molotov.[5]

On 16 December, Gromyko described to Deputy Minister of Foreign Affairs Vladimir Dekanozov the proposals Baruch had made to the UNAEC on 5 December for inclusion in the Commission’s final Report, which was due by the end of the year. Baruch’s proposals were included in the Report.[6] The vote in the Commission on the Report was ten for, with the Soviet Union and Poland abstaining. Since the Soviet Union had a veto in the Security Council, the Baruch Plan was not adopted. In March 1947, the Security Council asked for a second report.

These documents show that Molotov and Stalin paid careful attention to the position the Soviet Union was taking at the United Nations on atomic weapons and arms reduction. This does not mean they thought agreements were even possible or desirable. Stalin had launched a crash program to build the bomb in August 1945. He also wished to deprive the United States of any potential political gains from its atomic monopoly. It made sense therefore to be critical of the Baruch Plan while presenting a reasoned alternative that was as coherent as possible. Reflecting forty years later on the negotiations in the UNAEC, Gromyko concluded: “I am certain that Stalin would not have given up the creation of his own atomic bomb. He well understood that Truman would not give up atomic weapons.”[7]

A cable discussing Molotov's intention to give a speech at the UN about veto powers, atom bombs, and arm reductions. He will offer a proposal from the Soviet delegation calling for universal arms reductions, a ban on the use of atomic energy for warlike aims, and efforts towards global peace and security.

A cable discussing the Soviet proposal for arms reduction and the American reaction to the proposal. Molotov proposes adding a fifth point to their original proposal: the creation, via the Security Council, of an institute for international control.

A cable discussing nuclear arms control. Stalin agrees with Molotov on control of nuclear weapons and arms reductions, but believes they should be considered separately. He also believes arms reduction must encompass naval and aerial forces.

Dekanozov relates a conversation with Ambassador Smith, who indicated that President Truman was interested in control over nuclear energy. Smith would like to meet with Stalin when he returns from Sochi.

A cable from Molotov, discussing an additional point the Soviets plan to add to their proposal and seeking approval from Stalin. The point recommends a special commission within the Security Council for the purposes of both arms reduction and nuclear arms control.

A copy of the draft resolution submitted by the United States to the UN, regarding arms reduction. Molotov thinks that this draft may be taken as a basis with the introduction of some changes he plans to report at a later time.

An outline of the Soviet Union's proposed changes to the USA's draft proposal for arms reduction (submitted to the UN).

Stalin approves of the American draft for arms control as a basis, but instructs Molotov to insist on specific wording for certain points. He also does not recommend introducing any addendums as he believes they will fail.

A copy of a report to be submitted to the Security Council, detailing a commission's conclusions and recommendations for future control of atomic energy.

Draft Directive on the Establishment of a Quota System for Atomic Production, November 1948

A directive for the Soviet delegation, providing instructions and guidelines on handling a proposed quota system for atomic production. The Soviet position is that the quota is not useful unless a prohibition of atomic weapons occurs, in contrast to the Anglo-American opinion.