Explore More
Close
Blog post
Cold War
China and East Germany at the Height of the Sino-Soviet Split
By Steven Grundy on January 11, 2021
Share on FacebookShare on TwitterShare via Email
SharePrint
Blog post 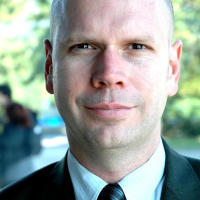 The Cold War brought to West Germany millions of refugees and tens of thousands of spies.

To promote domestic stability and to gather intelligence about the Soviet Union, Germany’s western occupiers set up long-hidden interrogation systems. Sources from a most unlikely ally of transparency—the East German Ministry for State Security, or the Stasi—help us to understand the questioning operandi of Western intelligence agencies.

The vast collections produced by the Stasi are so numerous, and so widely accessible, that the perspectives of the Soviet-inspired security organ will likely shape discussions of the bygone era of East-West tensions for years to come. We possess scant information obtained by East Germany’s agents abroad, owing to the destruction (or disappearance) of the records of the Stasi’s chief foreign operations branch (the Hauptverwaltung Aufklärung). Aside from the Communist service’s foreign spies, however, other sources of Stasi “human intelligence”—returnees, decoyed asylum-seekers, informants, defectors, and a range of opportunists—left behind more documentary evidence than any single researcher will ever master.

To what ends can the mountains of documentary evidence today accessible at Germany’s Stasi Records Agency help us to grasp how security and intelligence agencies vetted migrants and asylum seekers during the Cold War?

Using collections assembled by East Germany’s Ministry for State Security to understand Western security practices is fraught with difficulty and less rewarding than one might imagine. As they serve both as a gauge of the Eastern service’s ability to infiltrate Western asylum questioning offices and as a source of documents generated by services active in Cold War Central Europe, the collections administered in the late 2010s by the Stasi Records Agency nonetheless warrant attention.

Among the more interesting material housed at the Stasi Records Agency is paperwork of Western origin brought eastward. Documents of Western provenance seized by Stasi operatives and subsequently included in their files range from letters from loved ones to internal correspondence produced by employees of the largest West German foreign intelligence service, the Bundesnachrichtendienst (BND).

A cache of documents seized by a Stasi directorate tasked with returnees provides insight into how the BND’s “liaison offices” interacted with one other, as well as with other branches of West Germany’s best-known foreign espionage agency. Among the BND documents housed at the Stasi Records Agency is a six-page report entitled “Acquiring Leads and Research via the Reception Centers and the Interrogation Offices.” Submitted in mid-July 1959 by “285”—a designation for an office apparently known as the Lead Representative for Operational Areas of the BND Headquarters—the document acknowledged the centrality of asylum and reception facilities “in placing sources within the Soviet zone of occupation.”

Among the revelations contained in this BND document are admissions of the absence of the West German service’s legal mandate and the intense competitive pressures of working alongside foreign intelligence allies. BND officials keenly felt these strains in West Berlin, where West German security officials operated at the discretion of French, British, and American services. Acknowledging the BND’s contested position at the end of an unenviably long pecking order, the document’s author nonetheless sought to ensure that his agency’s employees maximized their disadvantaged position by directing its “Liaison Office Seifert” to conduct screening sessions lasting only several minutes, described as “flushings,” of those under age 24. The report states that the aim of these back-and-forths should be to compile leads that West German-based BND staff might take up at leisure in youth camps located in western Germany.

One way to assess the claims of intelligence and security officials is through comparison with documents produced by internal experts within opposing security organizations. While the overlap is unlikely ever to be truly satisfactory, access in Germany is currently improving.

A paucity of declassified source material has long hindered examination of refugee debriefing in Cold War West Germany. This is no longer the case. While many relevant collections within the Federal Republic remain off limits or have been destroyed in accordance with the country’s privacy and data-protection laws, access to documentation produced by security agencies has in recent years been extended at the German Federal Archives facility in Koblenz.

More files are on the way: in recent years, both the West German BND and the Federal Office for the Protection of the Constitution (Bundesamt für Verfassungsschutz, or BfV) have set up external scholarly commissions to examine their organizations’ early histories in order to reveal postwar continuities with the Nazi regime. With the approval of the commissioning agency, most of the documents cited in the BfV authors’ report were deposited in the German Federal Archives and made available to researchers from May 2016 onward. In 2018, classified documents cited by historians leading the commission investigating the BND’s Nazi links should be made available to qualified researchers, perhaps at the Koblenz facility or at a future “historical office” housed in the Bundesnachrichtendienst’s headquarters in central Berlin.