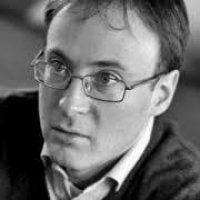 Stefano Bottoni provides a new perspective on the Securitate, Romania's secret police of the Cold War, arguing it was more than the 'ruthless machine of institutionalized terror' it is often portrayed to be. By looking at the Securitate's role in suppressing nationalist movements in Transylvania, Bottoni reveals how the organization, in some ways, became the voice of the groups it sought to silence.

A great amount of scholarship based on archival research has been produced so far on the organizational pattern, ideological drivers, and working methods of the Romanian communist political police, commonly known as Securitate. Following a totalitarian approach to the history of the Soviet-type regimes, scholars and former dissidents have described Securitate as a ruthless machine of institutionalized terror, focusing on the primary role physical violence and brutality played, especially in the first few years of communist rule. However, in my research on minority policy issues, a more nuanced approach to archival evidence has led me to different conclusions.

Scrutinizing the way the secret police handled interethnic relations in the mixed region of Transylvania has given a better understanding of the actual policies implemented by the Romanian authorities. It also reveals how organizational and ideological changes affected the Securitate behind the scenes in the last decades of its existence. The fundamental shift in the ideological mindset of the Romanian secret police, from strict internationalism and class repression to becoming a key agent of ethnic repression, constitutes one of the most interesting features of the more general changes that the Romanian Communist regime underwent from the late 1950s onward. It opens the way for a comparative approach to the entanglement between state security services and non-dominant ethnic and religious groups in the multinational states of the Soviet bloc.

In a recent book entitled Stalin’s Legacy in Romania. The Hungarian Autonomous Region, 1952–1960, I argued that the Romanian (mis)perception of the 1956 Hungarian revolution as a nationalist, potentially anti-Romanian uprising helped reshape the internal transformation of the state security apparatus from an ethnically „neutral” organization to a powerful instrument of the new Romanian national-communist agenda.

One of the most relevant pieces of archival evidence I have used to support this argument refers to a meeting Nicolae Ceaușescu –at that time one of the secretaries of the Romanian Workers’ Party (RWP)– chaired at the party headquarters in Bucharest on late February, 1957. After criticizing local party and state security chiefs of Transylvania for their „lack of vigilance” over Hungarian nationalism in the region, Ceauşescu concluded the meeting with a clear recapitulation of the lessons that the RWP leadership should draw from the events in Hungary.

Ceauşescu articulated a new strategy of keeping the population of the Hungarian-inhabited region of Székely Land under nearly total surveillance. According to him, the effectiveness of state-security operations depended primarily on their quality, not on the redeployment to the region of “ten or thirty thousand more people.” Ceauşescu even claimed that, contrary to the State Protection Authority in Hungary, the Securitate had not been guilty of grave misconduct, noting that “abuses of this type have not occurred here.” Ceauşescu then presented his vision of a future Romania in which a sense of civic duty would prompt the country’s citizens to voluntarily contribute to the strengthening of state security:

We will achieve the best intelligence work when we are able to establish a mass movement among the people, in which everyone feels that it is their obligation as citizens to report movements in factories or institutions where they work. We must conduct this work with the skill and understanding necessary to deepen the connection between security organs and the masses, so that all citizens feel the patriotic duty to expose the enemy wherever he can be found. (Arhivele Naționale ale României, fond CC PCR, Cancelarie, dosar 113/1957).

Ceauşescu’s idea met with immediate approval from the Securitate. One of the primary duties of this body, beginning in the spring of 1957, was to strengthen its network of informants with the objective of making it possible to carry out the type of “quality work” that the RWP leadership envisioned. The dynamic increase in the number of state-security agents represented one of the most significant, long-term consequences of post-1956 repression in Romania. According to Interior Ministry data compiled pursuant to a survey of informant networks initiated in early 1958, between 12,000 and 13,000 people were working as state-security informants throughout Romania. This figure rose to 30,000 by October 1, 1960, and 42,089 by the end of June 1960. In the 1960s, the informant network continued to expand rising to 80,000 in 1963 and 110,000 in 1967.

During the last two decades of the Communist regime, the state security apparatus acted as an agent of social control more than an instrument of open repression. Moreover, after economic and social condition sharply worsened in the early 1980s, the Securitate assumed the task of informing (through the Ministry of Internal Affairs) party leaders about the state of mind of the population. The restricted access to information and the impossibility to channel criticism into intraparty discussion made state security the only state organ that could alert unchallenged party leader Ceaușescu about the growing popular dissatisfaction with the regime.

These warnings were often written in a nonpartisan language, and they contained high-quality information on concrete economic, social, ethnic, and political grievances. Documents released in recent years show that in the 1980s the secret police emerged as an involuntary voice of the growing social disaffection against a party apparatus reduced to being a sounding board for the political leaders until the last days, reflects the ability of the Securitate to understand the weakening grip of the regime on Romanian society as well as the astonishing gap between reality and party propaganda.