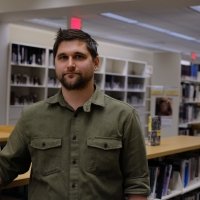 Foreign fighters on both sides of the Ukrainian conflict have well-established regional and international connections. A recent political scandal in Bosnia and Herzegovina has shown that these connections extend well beyond the battlefields to involve major political institutions and figures, some part of which came to light in a seemingly innocuous gift exchange.

Main Actors
Russian foreign minister Sergey Lavrov arrived in Bosnia and Herzegovina on an official state visit on December 14, 2020. Deciding to meet first with Milorad Dodik, the Bosnian Serb member and current chair of the three-member presidency, and Dragan Čović, a Bosnian Croat politician, Lavrov expressed support for Dodik's opposition to NATO membership for the country and indicated he opposed proposed changes to the US-sponsored Dayton Accords that ended the international armed conflict centered in Bosnia in 1995.

As a result of Lavrov's clear preferences, the Bosniak and Bosnian Croat members of the presidency boycotted their planned meeting with Lavrov. Željko Komšić, the Bosnian Croat member of the presidency, stated that the meeting was declined because Lavrov showed disrespect for the Bosnian state, adding, “With respect to the Russian Federation as a big and powerful country, we will not agree to become a Russian pawn in the Balkans in their games and conflicts with the EU countries or NATO member countries. We expect them to understand and support this.”

Dodik, the strongman of Republika Srpska, the Serb-dominant autonomous entity in Bosnia and Herzegovina, is known for his threats of separation and annexation to Serbia. He is also known for his pro-Russia stance. Over the past decade, together with Belgrade, he has expanded his network to Russia. From the Kremlin-friendly motorcycle club the Night Wolves to the Russian Orthodox Church, Dodik has found a place for them in his tent.

Two years ago, Zakhar Prilepin, a Russian ultra-nationalist writer who joined a volunteer unit that fought in the Russian-occupied part of Ukraine in 2017, was banned by Bosnia’s security services for being a threat. He was scheduled to take part in a poetry event in Visegrád, a town in eastern Bosnia, part of the Serb entity, that had been entirely cleansed of its Bosniak Muslim population during the genocide of the 1990s.

The Fighters
Visegrád was also a gathering spot for Russian volunteers who fought alongside the Serb forces. Probably the most famous volunteer fighter to spend a significant amount of time in Visegrád was Igor Girkin, a former leader of the pro-Russia separatists in Donetsk oblast. Earlier this year Girkin admitted “moral responsibility” for shooting down Malaysia Airlines Flight 17 in 2014. Russian veterans and other groups, such as the Cossacks, put up a memorial to Russian volunteers in Visegrád and regularly attend commemorations.

Since the war began in Ukraine in 2014 a vast number of European volunteers have joined the two sides. Mainly Orthodox Christian volunteers have sided with the pro-Russia separatists, while Catholics and anti-Russians have sided with the Ukrainian forces. The strong involvement of far-right radicals is a common denominator on both sides. For example, the Jovan Šević Unit was composed entirely of Serbs from Serbia and Bosnia and Herzegovina. Many of those fighters are connected with the Chetnik movement, the ultra-far-right Serbian movement that coalesced during World War II.

These Serb volunteers and others from predominantly Orthodox Christian countries view the conflict in Ukraine as a battle for Orthodox Christendom and a fight against Western European and NATO dominance. On the other side, a substantial number of neo-Nazis and white nationalists, mostly from Western Europe, have joined the Ukrainian forces. The most notorious unit of Ukrainians is the Azov Division, known for its public display of neo-Nazi symbols.

The Gift
The Serb foreign fighters in Ukraine became a focus of attention after the Russian delegation's visit to Sarajevo. Dodik during his meeting with Lavrov gifted him a 300-year-old Orthodox icon. Photos of the icon were proudly shared by Dodik's cabinet. One of the photos displayed a stamp on the back of the icon proving it was original.

Bosnian media quickly discovered, however, that the stamp affirmed the historical icon's origin in Luhansk, Ukraine. The Ukrainian embassy immediately sent an official note to the Bosnia and Herzegovina Ministry of Foreign Affairs. The question on everyone's mind was, how did an important piece of Ukraine's cultural heritage end up in the hands of a member of the Bosnian presidency? According to experts, there are two possibilities: it was stolen and conveyed to Bosnia by Serb fighters or it was stolen and, through the black market, made its way to Dodik. Either way, it has become a disastrous scandal for Dodik.

A few days later, the Russian Ministry of Foreign Affairs stated that "The icon will be returned to its donors for further clarification on its history via Interpol." On December 23, the Bosnia and Herzegovina embassy in Moscow officially received the icon back. The Bosnian ambassador, Željko Samardžija, a close friend of Dodik, allegedly brought it back to Sarajevo but did not hand it over to the Bosnian authorities. Bosnia and Herzegovina’s Minister of Foreign Affairs Bisera Turković stated that the icon was not in the embassy or the ministry. This seemed more of a private transfer between Samardžija and Dodik.

The Bosnian Prosecutor’s Office opened an investigation only in mid-January, after media pressure. In response to requests from Ukraine, Dodik said he would return the icon to Ukraine if Ukraine could first prove that it had sought the icon. The Ukrainian Ministry of Foreign Affairs replied, “Ukraine does not accept the language of the ultimatum.”

The icon scandal shows that an organized transnational network of state and nonstate actors exists connecting the Balkans with Ukraine and Russia. This is just one of many issues that have gone under the radar in the last few decades.

Hikmet Karčić is a genocide scholar based in Sarajevo, Bosnia and Herzegovina. He is a Researcher at the Institute for Islamic Tradition of Bosniaks (IITB) in Sarajevo and a Senior Fellow with the Center for Global Policy (CGP) in Washington, D.C. He was the 2017 Auschwitz Institute for Peace and Reconciliation-Keene State College Global Fellow.