In the final part of a five-chapter series of blog posts, Kian Byrne surveys archives and research institutions in Iran.

There is a great culture of academia in Iran, as well as recognition of the importance of modernization, but the political and logistical issues pose significant obstacles to researchers hoping to study in the country and do not show signs of relenting any time soon. A trip to Iran, whether to access the archives or just to explore the country can be extremely rewarding, more than some may expect. But anyone attempting to travel to Iran, particularly in the wake of the killing of General Qasem Suleimani by a US drone strike this past January, must be very aware of the risks involved. Even in times of relative calm researchers working in Iran face real dangers. Xiyue Wang, a Princeton graduate student studying the 19th century Qajar Dynasty, was arrested in the summer of 2016. After 3 years in an Iranian prison, Wang was finally released in a prisoner exchange on December 6, 2019. Hopefully Iran’s relations with the West will begin to turn around and scholars will once again be safe to work in the archives of one of the Middle East’s most influential nations.

As with other countries in the Middle East, the key to a successful research trip to Iran is time. Researchers will need time to become familiar with the archives, and more importantly archivists, they hope to work with; time to become comfortable in Farsi, enough so to properly explain your research project and purpose for the trip, as well as to navigate any and all forms you will be asked to complete; and time to overcome the bureaucratic red tape endemic to the region, from which Iran is no exception. Still, if you have enough time (and resources), the Iranian archives represent a largely untapped resource of primary materials, and may prove more open and accommodating than one might expect.

The first archive researchers will want to utilize is the National Library and Archives of the Islamic Republic of Iran. All of the Islamic Republic’s ministries are required to deposit all official documents into the National Archives, making it the center of the archival universe in Iran, at least for those interested in government materials. It is important to note, however, that the Foreign and Defense ministries are exempt from this law and have their own archives, which can be significantly more difficult to access. Still, there is a lot to gain from going to the main building and exploring its significant holdings.

The archive and library are two different buildings under a single administration and reside on the appropriately named National Library and Archive Boulevard, next to the National Library Station in North-West Tehran. A highway divides the two buildings with the archive on the far side of the metro entrance, providing the first literal hurdle. The library and archive also have different processes for accessing materials. Both require you to be a ‘member,’ which involves filling out a form in Farsi and proving your academic affiliation if you are not an Iranian citizen, but the archive also requires a letter of introduction from someone either at the archive or connected to the government explaining your research project.

Once you have made it inside and are a registered member, you can begin requesting materials. The library serves a similar function to the US Library of Congress, and primarily holds books and some periodicals, including nearly every book published in Iran. The archive is where you will find the actual primary document collections. For the past decade, the archive has been digitizing its holdings, which has both its benefits and drawbacks. Requesting documents through the archive’s computers allows you to reach materials in the larger network of archives throughout the country and once you have the scan of the document, it is yours to use how you please. Though the process for getting these scans is difficult and painfully slow, researchers are unable to access physical materials without special permission, and therefore must rely on this system.

The reasons for this slowness are several. There is not an online catalog of the documents, so you will need to have a strong sense of what you are looking for and where to find it before coming to the archive. Once you find a document you would like to see, you file a request and the archivists will find it and scan it for you, charging per scan. The scans are cheap, but can take months to process if they have not been previously scanned for another researcher. Each document has to be reviewed and declassified, and if any part of the document is deemed too sensitive to be released, the entire item is withheld.

This is where developing personal relationships with the archivists can prove extremely useful. Iran does not have a clear declassification law, so it is frequently up to the archivists themselves to determine what can and cannot be released. If they trust you and have a solid understanding of your project and your intentions for the files, they will be more likely to help than if you come in off the street. Unfortunately, this type of relationship can only be developed with time, which is of course often problematic for those traveling from abroad.

The other state-run archives are even more subject to restrictions on access. The Defense Ministry archives are all but shut to general public and you must be an Iranian citizen to access the Foreign Ministry Archive, though on the upside all its holdings are almost entirely scanned already.

The Majles (Iranian Parliament) has its own archive as well and is more accustomed to hosting foreign researchers. It operates much like the National Archive, requiring you to become a member and to send requests to archivists who provide scans of the documents. It also has a good catalog system, but its most useful materials relate to the Qajar period and will likely not be as helpful to those working on more recent subjects. For additional information on the public archives in Tehran, including phone numbers for each institution, I recommend reading Navid Zarrinnal’s article, “Finding Your Way Around Tehran’s Public Archives,” in Jadaliyya.[1]

There are limited but potentially useful alternative repositories in Tehran, however. The Institute for Iranian Contemporary Historical Studies (IICHS) in Fereshteh, a very trendy and beautiful part of the city, has a helpful website (a rarity for English-speakers in the Middle East) and some very interesting materials. While much of their holdings originate from the Qajar and early Pahlavi dynasties, they do have large collections of personal papers from key individuals seized during the revolution. They are said to also hold a large collection on the 1953 coup. In addition to their documentary materials, they have a very good photographic archive and run an oral history project covering the last century of Iranian history. IICHS publishes its own books and monographs as well as the quarterly, English-language Iranian Contemporary History Journal.

Another repository worth noting is the Islamic Revolution Documents Center (IRDC). The IRDC periodically releases small document collections on the history of the Islamic Republic, albeit with highly editorialized commentary. Founded in 1981, the Center’s focus is primarily on the period of 1906-1978, but it has become the official repository of documents seized after 1978 including documents relating to the Shah’s secret police, SAVAK. Along with the physical document collections, they have a series of oral histories that could be helpful and have, since 1991, been supporting research projects by guest scholars. While the materials included in these collections are released with clear political intentions, the shrewd historian may be able to find some use for their contents.

The Library of Political and International Studies (LPIS) is another research institution, and though they are also more politically motivated, their publications could prove useful to historians depending on the subject. In 1999, the Foreign Ministry established a specialized library open to students, professors, and scholars located in the central building of the Ministry of Foreign Affairs. Another library was established at the Center for the Study of Research and Expertise as part of the Bureau of Political and International Studies. The archives of these libraries house the papers, theses, and various publications by Foreign Ministry staff and students as well as collections of treaties and correspondence between the Iranian government and other nations, primarily from the pre-revolutionary period.

Beyond actual archives and repositories, and depending on your area of study, it may also be worth reaching out to the Center for Literature, Culture and Art of the Revolution, which has a major archive of taped interviews with veterans of the Iran-Iraq War. Those interested in the war should also look at the Center for Documents of the Iran-Iraq War, which is operated by the Islamic Revolutionary Guard corps, but has published many books and articles on war. 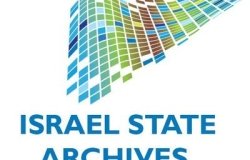 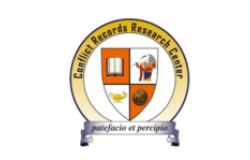