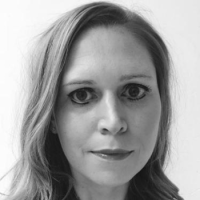 Two years out from the next presidential election in the Democratic Republic of Congo, tensions are running high. Many fear the country could be heading towards a major and potentially violent pre-electoral crisis if steps aren’t taken quickly to calm tensions and build confidence in the credibility and independence of the electoral process.

On October 16, 2021, Congo’s National Assembly endorsed Denis Kadima as the new president of the country’s National Independent Electoral Commission (CENI). The CENI president is supposed to be chosen by consensus of leaders of the country’s main religious institutions, but the eight religious groups failed to agree on a nominee, with the Catholic and Protestant churches–representing a majority of the Congolese population–opposing Kadima. While Kadima is a recognized elections expert, Catholic and Protestant church leaders and others have raised concerns about his independence. They allege that he is the clear choice of President Félix Tshisekedi, whose representatives reportedly used corruption, pressure, and threats to convince the six smaller religious groups to back Kadima.

“We won’t support a biased process,” Reverend Eric Nsenga, the spokesperson of the Protestant church in Congo (known as the Eglise du Christ au Congo, ECC), told me this week.

“Our big fear is that the results of the elections will be proclaimed through the same process that’s being used now to designate the president of CENI. If institutions are instrumentalized and decisions are made through corruption, how can we have a credible election?”

A protest in Kinshasa, the capital, turned violent on October 16 when supporters of the president’s political party, the Union for Democracy and Social Progress (UDPS), clashed with supporters of opposition leader Martin Fayulu, who had called the protest to press for a credible electoral process and the depoliticization of the CENI. Several of Fayulu’s supporters were reportedly injured, and one later died of his wounds. Earlier, in August, young people carried out attacks targeting Catholic church leaders and facilities, apparently in response to the Catholic church’s position on the CENI nominations.

In a statement on October 19, Fayulu called for a “large patriotic block” to mobilize against “electoral fraud,” and said that more protests would be organized in the coming days. On October 20, lay leaders of the Catholic and Protestant churches called for a “mobilization without precedent to safeguard the country.” Pro-democracy activists and other political party leaders, including from within Tshisekedi’s own coalition, have also raised concerns about the serious risks of moving forward with the proposed CENI leadership. The fact that perceived Tshisekedi loyalists have already been placed at the top of other key institutions – including the Constitutional Court, which is responsible for confirming election results and resolving electoral disputes–has only exacerbated frustrations around the CENI nominations.

Congolese people are well aware of the risks associated with electoral institutions that lack independence. According to leaked data from the CENI and the Catholic church’s observation mission, Fayulu overwhelmingly won the last presidential election in December 2018, with over 60 percent of the vote. The former president, Joseph Kabila–who had full control of the CENI, Constitutional Court, and other state institutions–apparently realized that his designated candidate, Emmanuel Ramazani Shadary, had fared so poorly in the election that he could not plausibly  be declared the winner. Kabila had become deeply unpopular following a protracted and violent political crisis, as he held on to power beyond the end of his constitutionally mandated two-term limit and faced mounting domestic, regional, and international pressure to step down.

While Congolese voters were awaiting the election results, Kabila made a deal with Tshisekedi, another opposition candidate, orchestrating the CENI’s certification of Tshisekedi as president while maintaining control over the parliament and much of the government and security forces. Some have made the case that Tshisekedi “deserved” the presidency, given that his late father, the longtime opposition leader, Étienne Tshisekedi, may have been the real winner in the 2011 presidential election, which was also characterized by widespread repression and allegations of fraud.

Tshisekedi managed to break from his coalition with Kabila earlier this year. He built a new majority in parliament, appointed a new government, and has taken some steps to allow for investigations into those responsible for serious human rights abuses and corrupt mining deals during Kabila’s administration–although repression against activists, journalists, and critics has continued.

Despite his own flawed path to power, Tshisekedi has the opportunity to put the country on the path towards a true democracy by ensuring free, fair, and credible elections in 2023. However, it will require a departure from past systems and tactics, including those used by the Kabila regime–and not resorting to corruption, state capture, and the instrumentalization of institutions that are meant to be independent.

In September of this year, only 40% of Congolese said they would vote in the next elections, compared to 67% in March 2021 and an overwhelming 97% in December 2018, just before the last elections.

“The biggest problem is the question of legitimacy, especially since the elections in 2018,” said Fred Bauma, an activist jailed at the height of repression under Kabila, who now works with the Congo Research Group. “The country needs a process that’s as transparent as possible. We shouldn’t underestimate how fed-up people are, and if the population becomes radicalized, there’s a risk of this pre-election crisis becoming violent. But Tshisekedi can act to prevent this. If there’s a good election, then leaders will know that they have to respond to the needs of the people.”

As a first step, Tshisekedi could refrain from signing a presidential ordonnance confirming the recent CENI nominations endorsed by the National Assembly and instead support a consensus candidate for CENI president–one who has the confidence of Congolese civil society and across the spectrum of political parties and religious groupings. Tshisekedi already did this last year, in July 2020, when he opposed the CENI president candidate supported by the six smaller religious groups and Kabila’s coalition, which still had control of parliament at the time.

Many of Congo’s regional and international partners, including the United States, have thrown their support behind Tshisekedi since he came to power in 2019, while also emphasizing the importance of ensuring timely and credible elections in 2023. Now is the moment to use their influence–before it has become too late and the crisis spirals further out of control–to press Tshisekedi to do all he can to ensure the upcoming elections are free, fair, and credible and that the electoral institutions are truly independent, free from political influence or corruption, and have the confidence of the Congolese people.