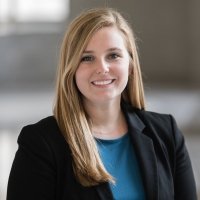 Jonah Glick-Untermann explores the effect of the rise of the nuclear age on the 1948 US Presidential election.

“DEWEY DEFEATS TRUMAN,” read the Chicago Daily Tribune’s erroneous headline on November 3, 1948. As the first presidential election after World War II, the Truman-Dewey race marked an important moment in American political history: how would the nation assess its achievements in domestic and foreign affairs? How would the trials of the world wars be weighed: would a new vision for the United Sates prevail over Truman’s measured leadership?

One of the most striking changes in foreign policy that would require reflection and reckoning during the 1948 election cycle was the recent invention and use of the atomic bomb only three years earlier. However, tracing historical archives reveals a bifurcation between the policy objectives undertaken by the Truman administration and public priorities leading up to the election.

Certainly, the Truman administration considered the atomic bomb an issue deserving serious policy consideration. On August 6th, 1945, President Truman’s press release following the bombing of Hiroshima that day laid the foundation for the administration’s posture toward nuclear issues. The report made clear the catastrophic force of the bomb but failed to address the need to formulate policy to regulate nuclear weapons use, instead lauding the bomb’s potential: “atomic power can become a powerful and forceful influence towards the maintenance of world peace.”

Simultaneously, the Truman administration commissioned a confidential 45-page report titled “United States Strategic Bombing Survey: The Effects of the Atomic Bombs on Hiroshima and Nagasaki,” revealing the concern the President paid to addressing the impact of the bomb. However, the report contained only one paragraph in reference to arms control or nonproliferation. Rather, Truman explicitly prioritized policy related to nuclear energy, as he outlined in an address to Congress two months after the bombings.

Although the Acheson-Lilienthal Report advocated the establishment of the Atomic Development Authority with a rigorous safeguards regime and the Baruch Plan sought “the elimination from national armaments of atomic weapons and of all other major weapons adaptable to mass destruction,” when it came to a vote in the United Nations Atomic Energy Commission in December 1946, Polish and Soviet abstentions prevented implementation of such programs.

While the administration strategized over how to proceed on nuclear policy, the public eye was focused on other issues, as the 1948 election loomed. A particularly telling November 1947 memo written by Truman’s White House Counsel Clark Clifford, a key architect of Truman’s campaign, reflected the primary concerns of voters. The cuttingly honest 43-page report, titled “The Politics of 1948,” outlined “the politically advantageous course to follow” and methods to secure the vote of “the Farmer,” “the ‘Liberals,’” and “the Jew.” While the memo identified promoting the Marshall Plan and constraining communism in Greece as key facets of foreign policy to highlight on the campaign trail, it omitted any mention of nuclear arms control, nonproliferation and, perhaps most shocking, of Truman’s decision to bomb Japan. The only plan Clifford proposed for addressing the development and detonation of the most destructive weapon in history was the following:

“The President could lunch with Albert Einstein. It will be remembered he was the man who prevailed upon Roosevelt to start the atomic bomb project. At his next press conference, he can explain that they talked, in general, about the peacetime uses of atomic energy.”

The 1948 Democratic Party platform contained two sentences advocating support for the Baruch Plan, and the Republican Party platform did not even include the words “atomic” or “nuclear.” In the press as well, nuclear policy took a back seat to the 1946 coal strike and the surrender of John L. Lewis, economic relations with Europe, and the legacy of the New Deal. Representative of the public debate surrounding Truman’s legacy, a 9-page spread in the March 1947 edition of TheNew York TimesMagazine outlining the President’s achievements and the challenges ahead of him only once mentioned his fateful atomic decision and did so with unquestioning acceptance of his directive:

“That decision called for great faith. Two months after Hiroshima one of our most eminent scientists came to the President, in deep depression. ‘Look at the blood on our hands,’ he said. ‘Look what we have unleased on the world.’ And the President’s answer was this: ‘Your job is to invent; my job is to decide what use shall be made of the invention.’”

In the lead-up to the 1948 election, nuclear issues were matters of policy but not politics. While the administration attempted to comprehend the challenges of the atomic age and pursue a coherent strategy, the public wholly disregarded this singularly existential concern. Since then, some progress has been made in transforming nuclear policy into an issue relevant to public discussion: in 2016, the Democratic and Republican platforms each referenced nuclear issues over 30 times, and organizations like the James Martin Center for Nonproliferation Studies and the Nuclear Threat Initiative work to promote policy-relevant education. However, with the dawn of North Korea’s nuclear program, the threat of nuclear terrorism, and other nuclear security challenges, a new question emerges: given the dearth of public discussion following Hiroshima and Nagasaki and at a time of unipolar nuclear hegemony, what is the source of today’s policy debate? Do nuclear politics and policy stem from genuine concern for international peace and collaboration, or are they stimulated only by external threats?