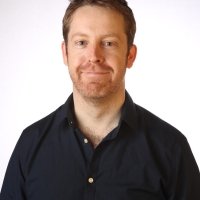 Soviet archives reveal a turning point in the Chinese Communist Party’s relationship with Uyghur and Kazakh elites in Xinjiang.

Beginning in early 1957, the Chinese Communist Party (CCP) embarked on a campaign to “rectify its style of work” (zhengdun zuofeng 整顿作风, or simply zhengfeng 整风), reviving methods of self-criticism and purge that had been pioneered in Yan’an in the 1940s.

As a means of combatting bureaucratic stagnation, Mao Zedong issued his famous call to “let a hundred flowers bloom,” hoping to elicit criticism not just from within the party, but from the educated public. When the ensuing flood of criticism exceeded the desired bounds, the party hit back, identifying “rightist” elements to be purged and persecuted.

In China’s frontier regions, the victims of the “anti-rightist” campaign were initially mostly Han Chinese. In Xinjiang, as elsewhere, the non-Han population was slow to heed Mao’s call, but when they eventually did, the response brought to light serious dissent among intellectuals and party members (particularly Uyghurs and Kazakhs).

In response to attacks on its nationalities policy, the party modified its approach to the anti-rightist campaign. In mid-1957, a forum held in Qingdao on nationalities work signaled the need for a campaign against “local nationalism” (difang minzu zhuyi 地方民族主义), reversing Mao’s previous dictum (quoting Lenin) that chauvinist views among the dominant nationality were the greatest threat to stability in the borderlands. The Xinjiang Committee of the CCP accordingly redirected the anti-rightist witch hunt toward activists and officials suspected of harboring nationalist views.

The campaign against local nationalism was the culmination of tensions within the party that had been simmering since the moment of Xinjiang’s incorporation into the People’s Republic in 1949. In the absence of CCP-trained cadres among the “minorities” (i.e. the majority in Xinjiang), the party had been obliged to rely heavily on leaders of the Soviet-backed East Turkistan Republic (1944-49): Uyghur, Kazakh, and Tatar elites with strong ties to the Communist Party of the Soviet Union.

Not surprisingly, many of these local actors resented the limited autonomy accorded them in the constitution of the Xinjiang Uyghur Autonomous Region (XUAR), established in 1955. In such circles, the “peaceful liberation” of Xinjiang entailed at minimum the extensive nationalization of party and state organs. Some called on the party to make good its original objective of federalism, by creating a Soviet-style “Uyghur republic” in Xinjiang. Some insisted on outright independence. The situation presented a serious obstacle to Beijing’s goal of consolidating Chinese control in the frontier region, and integrating its economy with that of the interior.

At the end of 1957, the Party Committee of the XUAR announced the convening of an enlarged plenum, with the goal of exposing and criticizing these local nationalist deviations. Originally scheduled to last only a few weeks, the meeting dragged on for an extraordinary six months, only concluding in June 1958.

The 1957-1958 Ürümchi plenum was the focal point of the campaign against local nationalism, but it was also prosecuted in similar meetings in Ghulja (center of the Ili Kazakh Autonomous Prefecture), and in Kashgar. By the end of campaign, the official tally was that 1,612 people had been outed as local nationalists. Most were expelled from the party, dismissed from their positions, and consigned to re-education through labor. For some, the campaign took an even greater toll: witness the suicide of Abdurehim Äysa, for example.

Not surprisingly, Soviet observers in Xinjiang followed the course of the campaign, and the Ürümchi plenum, closely. Given frequent Chinese complaints that Soviet citizens were among those espousing “incorrect” views on the national question, Soviet diplomats had a direct interest in doing so.

Dating from January to July 1958, the reports translated here detail private meetings between Soviet diplomatic staff and leading members of the party in Xinjiang. They discuss the work of the 1957-58 Ürümchi plenum, the 1958 Ghulja plenum, and provide analysis of the nation-wide and local campaigns. These accounts were forwarded from the Soviet Union’s Ministry of Foreign Affairs to the Liaison Department of the Central Committee of the Communist Party of the Soviet Union (CPSU), a body created in 1957 to handle the CPSU’s relations with ruling Communist parties around the world. They now belong to the Russian State Archive of Modern History (RGANI):

As the files show, Chinese and Uyghur party members were evidently happy to keep the Soviets informed on events in Xinjiang, and to furnish their own interpretations. The information they divulged allows insight into conflict in the ranks of the Xinjiang party at this time, much of which was kept from public view. These divisions were not simply between Han and non-Han, but between factions among the national minorities too.

Of particular interest is Abdulla Zakirov’s none-too-subtle incrimination of the XUAR’s leading Uyghur Communist, Säypidin Äzizi (Sai-fu-ding 赛福鼎). Zakirov’s portrayal of him as a closet nationalist reflects a line of thinking on Äzizi that would seem to have gained the upper hand recently in Xinjiang, a shift reflected in the move to ban the sale of Äzizi’s written works. Zakirov, of course, is the father of Shöhrät Zakir, current chairman of the Autonomous Region government.

Descriptions of this historic meeting resonate immediately with the tense situation in Xinjiang today. Sixty years on, the party is still purging itself, and still questioning the loyalty of its non-Han members. Since the beginning of 2017, the Autonomous Region has been in the grip of a hunt for “two-faced people” (liangmian ren 两面人), said to belong to a “two-faced faction” (liangmian pai 两面派), and described as a major obstacle in the fight against terrorism, separatism, and religious extremism. On a daily basis, Xinjiang’s print and television media features fervent denunciations of this new enemy, who “in the face of cardinal questions of right and wrong exhibit an equivocal attitude, say one thing but mean something else, and act one way but think differently.” Judging from available reports, these miscreants mostly turn out to be low-ranking Uyghur officials, who late in life exhibit an interest in practicing Islam.

Xi Jinping’s present-day purge of unreliable non-Han Communists seems as likely to produce loyalty and ethnic harmony in Xinjiang as Mao’s attack on local nationalism in the 1950s. How long it will run for, and how many lives it will ruin, both remain to be seen.