The Bitter Legacies of the 1972 Sino-Japanese Normalization Talks 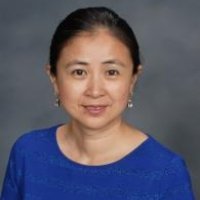 Sino-Japanese relations have been on a roller coaster ride for at least three decades.

The most recent cycle of volatility began with a new flare-up of disputes over the Diaoyu/Senkaku Islands in 2012, causing mass demonstrations in China, a military standoff at sea, and suspension of high-level diplomacy, among other consequences. It was not until November 2014 that the current leaders of China and Japan met for the first time and, after a four-year lag, the Japanese foreign minister visited China in April 2016. At these official meetings, conditions were laid down for improving bilateral relations, including a discussion of several long-standing issues as well as the emerging Sino-Japanese security rivalry in the region.

Most of these knotty problems had existed before normalization in 1972, but none received a thorough settlement in the normalization talks, as confirmed by the declassified Japanese records discussed here.

Shortly before the 1972 talks, China enunciated three principles for diplomatic restoration which it wanted the Japanese government to acknowledge:

(1) the People's Republic of China (PRC) is the sole legitimate government representing China;
(2) Taiwan is a province of China and an inalienable part of China’s territory;
(3) the Japan-Republic of China (ROC) treaty of 1952 is unlawful and should be abolished.

All three centered on the Taiwan issue, which was also the “Number One” focus of the 1972 negotiations.

While the first principle was immediately accepted by Japan (which was resolved to terminate official ties with Taiwan upon normalization with PRC), the rest were rejected. The Treaty Bureau Chief of Japanese Ministry of Foreign Affairs Takashima Masuo told the Chinese side on September 26 that Japan, having “renounced all rights in regard to Taiwan through the San Francisco Treaty,” could not openly comment on Taiwan’s legal status. All it could agree to was a clause in the joint communique indicating that Japan “understands and respects” China's stand that Taiwan is part of China and promising to comply with Article 8 of the Potsdam Proclamation.[1]

Japan also insisted that the Japan-ROC Peace Treaty was a lawful intergovernmental treaty and, by logic, it could not end state of war with China once again because that had been done in the 1952 treaty. Since neither Beijing nor Taiwan was party to the San Francisco Treaty between Japan and allied powers, and Beijing never recognized Taiwan to be China's legitimate government, the Chinese and Japanese stands contradicted each other.

In pursuit of an early diplomatic breakthrough, China conceded. On July 29, Chinese Premier Zhou Enlai assured Takeiri Yoshikatsu, chairman of Japan’s opposition party Komeito and special envoy of Japanese Prime Minister Tanaka Kakuei, that the joint communique would not mention the Japan-ROC treaty. The Chinese side pushed harder on the phrase “end of state of war,” in both the preparatory talks with Takeiri and later when Tanaka and his foreign minister Ohira Masayoshi visited China to conclude the negotiations. Each time it was objected by the Japanese side, which cited legal arguments and noted pressure from Japanese domestic politics.

To be sure, Zhou and Chinese Foreign Minister Ji Pengfei also invoked the Chinese “masses” or “Chinese people” to counter their point, but the case was far weaker given that the Chinese people had little say in foreign policy at the time. It was a classic example of “two-level game” played at the negotiation table to the favor of a democratic country versus an autocratic one.

At the third and last foreign ministerial meeting—which took place less than 48 hours before the signing ceremony—China agreed to include the phrase “the end to the state of war” in the noun form in the preamble, while the main body of the joint communique would only include the ambiguous phrase “extremely abnormal state of affairs.” Thereafter, at Japan’s insistence, the word “extremely” was also dropped from the final text.

Compared to the Taiwan issue, the two sides’ treatment of territorial disputes and the problem of history was more cursory and superficial. In April and December 1971, respectively, Taiwan and Beijing issued, for the first time, official statements claiming sovereignty over the Diaoyu/Senkaku Islands, in response to which the Japanese government published a formal rebuttal in March 1972.[2] This was the inception of the disputes over Diaoyu/Senkaku.

However, when meeting with Takeiri in July, Premier Zhou explicitly indicated that “there is no need to touch on” the issue. To him, the islands only interested historians (such as Kyoto University professor Inoue Kiyoshi who supported China's sovereignty claim), but in the context of bilateral normalization, Zhou stated: “this is not an issue.” Zhou also brushed the topic aside when Tanaka brought it up on September 27, stating: “It is not right to discuss this matter now.”

The issue of an apology from Japan and compensation for the war accrued more coverage in the talks than the islands. At the time the two sides did not have any major conflict over the so-called “history issue” as it was understood beforehand that China would renounce reparation claims and Japan would express repentance for the war. The real point of contention again had to do with the Japan-ROC treaty, which Japan believed to have done the job of waiving reparations. China did not. Zhou told Tanaka “I was astonished...This is an insult to China.”

Perhaps to compensate China for not mentioning the 1952 treaty in the joint communique, Japan agreed to include a reparations clause, although the original language that China proposed (“renounces the right to demand war reparation”) was changed to “renounces demand for war reparation.”[3] This omission of “the right” in the wording did not just defend the validity of Japan-ROC treaty; it also denied the Chinese government of the legal right to demand war redress.

The lack of a straightforward apology in the joint communique, in the long-run, also diluted Japan’s war responsibility. In their second meeting, Zhou objected to Tanaka’s statement which he made in his toast after first arriving in Beijing that Japan had “caused trouble” (mewaku o kakeshita) for China. Zhou stated that “[the wording] is used only when referring to inconsequential matters.” In the negotiations for the joint communique, Ji Pengfei proposed that the text include Japanese repentance for its war responsibility, but Ohira repeatedly asked to drop or soften the word for “responsibility.”

The final text read that “the Japanese side is keenly conscious of the responsibility (sekinin o tsukan) for the serious damage that Japan caused in the past to the Chinese people through war, and deeply reproaches itself (fukaku hansei).”[4] Here responsibility is established not as a definite fact but as a feeling, which is subject to change of time and circumstance. “Hansei” (reproach) is also not “shazai” or “owabi,” two words from the Japanese language connoting a proper apology.

In fact, after returning to Japan, Tanaka said at a 1973 Diet session that whether the war with China was aggressive or not had to wait for future evaluation.[5] Yet Beijing quickly accepted Tokyo’s vague apology. Zhou even told Tanaka that the a few militarists must be strictly separated from the vast majority of Japanese people, and that both the Chinese and Japanese nations were traumatized during the war.[6]

As a result, the joint communique left many holes in Sino-Japanese relations. The Taiwan issue was handled in such a way that the San Francisco system—encompassing the San Francisco Treaty, the US-Japan security treaty, and, by extension, the Japan-ROC treaty, the centerpieces of US containment against Communism in Asia—was legally reconfirmed. Although the Japan-ROC treaty was ineffective upon Sino-Japanese normalization, Taiwan was still treated, by Japan, as China's legitimate government for the period proceeding 1972. This position not only bred disputes over Japan's dealing with ROC citizens and properties (such as the infamous Kokaryo Controversy in the 1980s), but also emboldened pro-Taiwan Japanese politicians to maintain frequent semi-official contacts with Taiwan, often to the displeasure of Beijing.

The territorial disputes over offshore islands were completely left out of the normalization talks. Tanaka reportedly agreed to shelve the island disputes when Zhou proposed to talk about it later, according to Zhang Xiangshan, a veteran Japan hand in China and participant of the normalization talks.[7] This tacit agreement, if real, would have supported the Chinese position that the sovereignty of the islands was disputed by the two sides.  But no diplomatic documents published to date in either country (including these documents) contain Tanaka's remarks of this kind. In the recent escalation of Diaoyu/Senkaku conflict, Japan denies any sovereignty disputes over the islands and refutes the existence of a Tanaka-Zhou tacit agreement.

If Taiwan and Diaoyu/Senkaku were dealt with more to the disadvantage of China, then their rush to close the history book did harm to both countries in the long run. Tokyo maintains that the normalization has concluded all war redress issues between the two countries, a position the Chinese government initially did not challenge.[8]

Nor did the two sides carry out any joint history study or textbook cooperation projects to bridge the enormous gap between their war memories, especially at the popular level. After 1972, Japan’s prime ministers also continued their routine practice of worshiping at the Yasukuni Shrine, a Shintoist temple that began to enshrine BC-Class war criminals from World War II in 1959 and A-Class war criminals in 1978. Apparently the goal of deep reconciliation and long-term stability was sacrificed for immediate expedience.

The joint communique gave China and Japan a nearly ten-year “honeymoon.” But it was only a matter of time before several bombs planted in 1972—such as Japan-Taiwan relations, the island disputes, history textbooks, Yasukuni Shrine, and war reparations—would explode. Subsequent governments, including most recently Abe and Xi's, have repeatedly attempted to tackle these difficult problems, but the nature and atmosphere of bilateral relations have changed so much that a new “normalization” is beyond imagination for the foreseeable future.

The historical significance of the normalization talks is not to be denied. It reestablished peace between China and Japan after decades of wars and political isolation, and opened the door to flourishing bilateral economic and social interactions. Held at a time when both sides were eager to restore normal relations, the talks presented a golden opportunity for them to resolve a range of bilateral controversies.

However, precisely because they wished to reach an agreement as soon as possible, the negotiators either found a patchy solution or simply swept the problems under the carpet. Old timers may cherish the memory of the post-normalization “honeymoon,” decade, but it is also the legacies of the normalization talks that still bedevil Sino-Japanese relations today.

[1] Article 8 says that Japan's territories should be limited to the four home islands and unspecified minor islands, and it refers to but not directly quotes the Cairo Declaration that demanded Japan return Taiwan to China

[4] The text of the joint communique in English and Chinese can be found on Japanese Ministry of Foreign Affairs website at http://www.mofa.go.jp/.

[8] It was only until 1995 that, under growing societal pressure, Chinese foreign minister Qian Qichen stated that individual claims of war compensation to Japan were the right of the Chinese people, which the government would neither obstruct nor intervene in. An Ping, “Riben Qiye de Zhanzheng Zeren ji Minjian Peichang Wenti,” Kang Ri zhanzheng yanjiu, No. 1 (1998).