The CIA's TPBEDAMN and Stay-Behind Operations in Iran 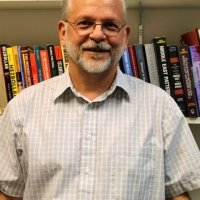 Dr. Mark Gasiorowski details two key operations being run by the CIA in early 1950s Iran as revealed in the latest volume of the State Department's Foreign Relations of the United States series.

The State Department recently released a new collection of documents on the US role in the August 1953 coup that deposed Iranian Prime Minister Mohammad Mosaddeq. This collection provides some interesting new details about the coup but leaves unanswered numerous questions that have vexed historians.

Most interesting are many new details in the collection about two important covert operations the CIA and its predecessor, the Office of Policy Coordination (OPC), were carrying out in Iran during the early 1950s: an anti-communist propaganda and political action operation codenamed TPBEDAMN; and a “stay-behind” operation to assist guerrillas fighting against a possible future pro-Soviet government in Iran.

One of the first documents in the collection appraises the “grave” situation in Iran in March 1951 and proposes that the United States initiate various covert operations in response, including the propaganda, political action, and stay-behind efforts that later emerged. These operations would seek to undermine Iran’s communist Tudeh Party and other extremist elements, including notably the populist cleric Ayatollah Mahmoud Kashani, though they also might include efforts to “buy off” Kashani. Covert operations also should be used to undermine and “split off” members of Mosaddeq’s National Front, support factions that might contribute to stability in Iran, and prepare to support guerrillas fighting a Soviet-backed government.

State Department officials reviewed and approved this proposal, which was consistent with National Security Council policy guidelines for Iran. The OPC had already begun implementing some of these measures and was sending several officers to Iran to oversee them in April 1951.

The new collection contains redacted versions of the CIA’s proposals for the TPBEDAMN and stay-behind operations. The TPBEDAMN proposal called for OPC to back religious, political, and labor leaders to produce “an organized and directed attack upon Communists in Iran.” It would also foment anti-communist demonstrations and counter-demonstrations, organize anti-communist trade unions, manipulate “religious prejudice and fanaticism” against communism, and encourage “personal enmity and competition among enemy leadership.” This was to be done through an existing Iranian organization with “great potential,” which was almost certainly the network led by Ali Jalali and Farouq Kayvani (described elsewhere).

The stay-behind proposal called for OPC personnel to work with the powerful Qashqai tribe of southern Iran to develop parachute drop zones, landing strips, safe-houses, and overland supply routes for transporting supplies; identify sabotage targets for guerrilla attacks; map out “escape and evasion” routes for use by US and allied personnel in the event of war; and recruit Iranians to assist with these activities. Both proposals were approved in August 1951.

By October 1951, the head of CIA operations in the Middle East, Kermit Roosevelt, was lauding the TPBEDAMN operation. It had achieved “conspicuous operational success” in August, apparently in organizing violent demonstrations during a visit to Iran by US envoy Averill Harriman (as described in Roosevelt’s memoir of the 1953 coup). It also had recruited agents inside the Tudeh Party, undermined Tudeh influence over organized labor, mobilized religious leaders against the Tudeh, published a “black” propaganda book depicting Soviet hostility toward Islam, and was buying printing presses for its propaganda operations.

OPC had begun to implement the stay-behind operation by October 1951, discussing it with their British counterparts, conducting field surveys, and eliciting cooperation from Qashqai tribal leaders. In November, US officials discussed the possibility of using the stay-behind capabilities to support a “rump” government if the Tudeh seized power.

After severe rioting occurred in July 1952, Roosevelt suggested that these capabilities could be used to influence events if chaos or civil war emerged in Iran and proposed that weapons and ammunition be stockpiled in unspecified nearby countries for this purpose. On July 31, Secretary of State Dean Acheson approved this proposal. CIA officials quickly drew up an emergency plan for this effort, which was approved on August 28. The CIA had established a “limited” stockpile of appropriate supplies by November 1952 and a stockpile large enough to supply 10,000 guerrillas for six months by March 1953. US and British officials discussed stay-behind activities several times during this period and reached an agreement in February 1953 to conduct joint operations if the Tudeh tried to seize.

The TPBEDAMN operation continued in 1952-1953 as well. CIA officers apparently used it to manipulate Iran’s parliamentary elections in early 1952. In the summer of 1952, they tried unsuccessfully to induce Ayatollah Kashani to take an anti-communist line. A CIA officer reported in October 1952 that while TPBEDAMN’s main Iranian operatives were useful in countering the Tudeh, they were very nationalistic and anti-British and therefore would not undertake operations designed to counter anti-Western sentiments.

In February 1953, a CIA memo stated that the Agency had been using nationalist and Islamic themes to discredit the Tudeh and had concentrated especially on exposing the Tudeh’s front organizations. It also had carried out operations against Kashani, trying to provoke him to take a stand either for or against the Tudeh. A March 1953 memo indicated that TPBEDAMN’s main operatives were unwilling to run operations against Mosaddeq. A May 1953 report indicated that TPBEDAMN operatives had carried out “black” Tudeh propaganda attacks on Ayatollah Boroujerdi, a highly respected cleric, and had taken actions that substantially reduced participation in the Tudeh’s May Day activities. Also in May, US Ambassador Loy Henderson admitted to Iran’s monarch, Shah Mohammad Reza Pahlavi, that the United States had been supporting Khalil Maleki, a prominent democratic socialist leader, presumably through TPBEDAMN. Maleki probably did not know the true source of this support.

The refusal of TPBEDAMN’s main operatives to undertake operations against Mosaddeq, and the fact that Qashqai tribal leaders were strong supporters of the prime minister, posed a major problem for CIA officials as they began to plot against Mosaddeq in March 1953: none of their major Iranian assets seemed willing to participate in a coup against him. However, TPBEDAMN operatives did come to play a crucial role in the coup against Mosaddeq, and the Qashqai did not act to stop or reverse the coup. Unfortunately, the State Department documents do not explain what led these key actors to change their positions on this matter.