The First 100 Days of the Zelenskyy Presidency 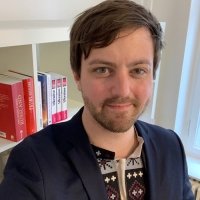 We are now one hundred days into the presidency of Volodymyr Zelenskyy, who won office by a historic margin despite a stunning lack of any political experience. What can we discern of his intentions?

Under Ukraine’s mixed parliamentary-presidential system, President Zelenskyy had to wait until the snap July 21 parliamentary elections to build a coalition. Those elections gave his party, Servant of the People, 254 seats (out of 450). Until then he had to work with the old parliament, inherited from Petro Poroshenko, to approve domestic legislation, which limited the directions he could move in.

After dissolving parliament during his inauguration speech on May 20, which won him few friends, Zelenskyy turned to issuing decrees as a tool of governance and launched multiple initiatives, most of which were rejected by a hostile parliament. Some of those initiatives were sensible, such as reintroducing penalties for illegal enrichment by elected officials. Others, such as expanding the lustration law to high-ranking administration officials who had served under Poroshenko, were doomed to have a poor reception. Lacking the political forces to effect any legislation, Zelenskyy remained in campaign mode right up to the parliamentary elections, continually presenting himself as a change agent and floating unrealistic balloons.

With major domestic legislation temporarily out of reach, Zelenskyy’s important actions in the two-month period between presidential and parliamentary elections lay in his key appointments. These appointments provide crucial indicators of his intentions while in office.

The most controversial appointment was that of Andrii Bohdan to the influential position of chief of staff of the Presidential Office. Bohdan was one of the very few people in the Zelenskyy campaign with policy experience, which he gained while working for the Yanukovych administration. His client list as a lawyer included one of Ukraine’s richest oligarchs and Zelenskyy’s former business partner, Ihor Kolomoyskyi. Bohdan will likely play an important role in shaping both domestic and foreign policy during the Zelenskyy administration. Observers will be watching keenly to see whether he puts his policymaking talents at the service of the president and country or if he forwards the interests of his former business partners.

Other appointments elevated Zelenskyy’s trusted friends and former colleagues to positions in the presidential administration. While less controversial than Bohdan’s appointment, the manner in which key positions have been filled raises the shadow of clientelism. For instance, Zelenskyy appointed his long-time friend Ivan Bakanov acting head of the Security Service of Ukraine (SBU). Bakanov will be in charge of reforming the SBU, a task that proponents argue requires a loyal appointee, while anti-corruption activists have demanded to see Bakanov’s asset declaration, which so far he has declined to make public.

Other more positive appointments included Ukraine’s former finance minister, Oleksandr Danylyuk, as head of the National Security and Defense Council and Aivaras Abromavičius, former minister of the economy, as head of the large state defense firm Ukroboronprom’s board of directors. Danylyuk, who will work on a solution to the war in the Donbas, is a respected reformer but has yet to prove his foreign and security skills. Ruslan Riaboshapka, another respected reformer and anti-corruption expert, was made deputy chief of staff in charge of anti-corruption policy. In late July, Zelenskyy proposed Riaboshapka as a candidate for the prosecutor general’s office. If he is indeed appointed, that would be a very positive step and would send a signal to both civil society and Ukraine’s international partners that at least some of the president’s picks are true experts capable of executing crucial reforms.

Despite the uneasy situation with parliament, Zelenskyy and his team have spelled out a few broad and laudable policy objectives, such as ending the war in the Donbas, fighting corruption, cleaning up the judiciary, establishing a better business climate to attract more foreign investment, and significantly increasing e-services provided by the state. During the Turkish-Ukrainian Business Forum in Istanbul, Zelenskyy also announced plans to lift the moratorium on agricultural land sales and open a true agricultural land market in Ukraine by the end of the year, a key demand of the International Monetary Fund.

President Zelenskyy has also assured Ukraine’s Western partners that his country was “on course toward Europe” and committed to continuing the reform process. Moreover, the president has demonstrated a genuine commitment to ending the war in the Donbas. He has had two phone conversations with Putin about the conflict and prisoner release, visited the front lines, made changes to the Minsk negotiation team, and taken steps to improve the humanitarian situation for those crossing the line of contact. In late June, a disengagement of forces from Stanytsia Luhanska, the only checkpoint in Luhansk oblast, was completed and a local ceasefire was agreed to in Minsk starting on July 21. Even though the ceasefire was violated numerous times, Martin Sajdik, special representative of the OSCE in Ukraine, called it the most effective so far.

These positive developments and Zelenskyy’s resolve were met by Russian initiatives complicating things. According to the Russian Interior Ministry, Russia’s offer of citizenship to Ukrainians in the conflict zone has seen about 85,000 people apply. As the Ukrainian constitution does not permit Ukrainians to hold dual citizenship, this tactical move on the part of the Kremlin hardens the difficult sociocultural conditions in the conflict zone and renders a solution to the conflict further out of reach. Despite Zelenskyy’s earnest efforts to move forward on a Donbas policy, it is unclear how successful he can be against Russia’s long game. Nonetheless, we expect he will continue to give high priority to conflict resolution and reintegrating the Donbas populations.

More of Zelenskyy’s policy intentions and ability to get things done will be revealed once the new parliament, dominated by Zelenskyy’s deputies, gets to work under a new prime minister, and the many moving parts of governance settle in to the tasks facing the state. For now, Zelenskyy remains extremely popular and the economy is doing well, which buoys his chances of success.