The Oman Scare: The Untold Story of Oman’s 'Almost Military Strike' on Iran 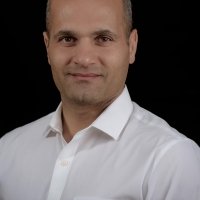 Kambiz Fattahi reveals the proposed 1980 plan for Iraqi forces to use Omani military bases stage an attack on the Strait of Hormuz against Iran.

Oman’s ruler, Sultan Qaboos bin Said Al Said, is one of the only Arab monarchs with close ties to Iran’s Islamic Republic. His international image is that of a measured statesman who stays out of regional conflicts – a trusted mediator who made possible the impossible in 2013 by hosting secret U.S.-Iran talks that led to the landmark nuclear agreement.

But the Sultan, it turns out, was not always the prudent peacemaker that he is lauded as today. The latest collection of declassified U.S. government documents reveal a rare miscalculation by Qaboos that, if carried out as planned, would have had deadly consequences.

In September 1980, Qaboos embarked on a risky mission with the Iraqi leader, Saddam Hussein to knock out the Iranian navy in the Persian Gulf.

On 27 September 1980 - five days after Iraq invaded Iran hoping for a quick victory – Qaboos told President Jimmy Carter’s administration that he, too, was entering the fray.

Qaboos, an unabashed Anglophile and graduate of Oxford University and the British Military Academy,  was no fan of Hussein, but he was fed up with the Iranian leader Ayatollah Khomeini’s constant calls for Islamic revolution in the region. “In the spirit of Arab solidarity,” and after three days of talks with Iraqi officials, he signed up for the operation, according to the once top-secret files.

Within the next 48 hours, Qaboos informed the US embassy in Muscat that Iraqi forces would use military bases at Seeb International Airport and Masirah Island off the Omani coast to mount surprise air assaults on Iran’s naval bases.

The operation could have engaged Oman’s then small army led by British generals into a devastating war that would disrupt world oil supplies. But, Sultan Qaboos and his top advisors considered the situation a “purely regional matter.”

“Now was the time to finish Khomeini once and for all,” Qaboos’ confidant Qais bin Abdul Munim al-Zawawi told the American chargé Stephen Buck. He also expressed frustration that the more powerful Saudi Arabia “was weak and will[would] do nothing” against Khomeini’s regime, according to a cable from the U.S. embassy in Muscat declassified in 2017.

Washington suspected Abu Musa and Greater and Lesser Tunbs, strategic islands in the Strait of Hormuz where two-thirds of the Middle East’s oil flowed, were on the target list.

A few months earlier, President Jimmy Carter had authorized a secret overture to encourage an Iraqi attempt on the islands. He wanted to pressure Iran to release more than 60 Americans who had been taken hostage in the U.S. embassy attack on 4 November 1979.

“In a separate note, you said that we should move on encouraging Iraq’s seizure of the three islands,” wrote the president’s national security advisor, Zbigniew Brzezinski, to Carter on 4 January 1980.

“This instruction has been forwarded to State,” adds a memo titled NSC Weekly Report 124 which was released in 2008. The president wrote “Action?” on the upper right side of the last page of the document.

In an email response to the author before his death in May 2017, Mr. Brzezinski said he had no recollection of the initiative, but added: “Maybe it died in the State Department.”

State’s intelligence branch at the time assessed that Iraq’s small navy was incapable of attacking and holding the islands so far from its base, according to a heavily redacted memo dated 7 January 1980 and declassified in 2008.

If there was to be an Iraqi attempt on the islands, it had to be an air assault staged from the proximity of the Strait of Hormuz, Saddam Hussein was believed to have calculated, as he clandestinely deployed heavy Super Frelon helicopters armed with Excocet anti-ship missiles to Oman.

The agreement was struck against the backdrop of an envoy of Jordan’s King Hussein sent to Muscat on 24 September to lobby for Iraqi access to Omani bases.

Next, a delegation led by a man who called himself “Saddam Hussein’s brother” arrived in Oman, a high-level source told a U.S. defense intelligence (DIA) agent in Muscat a few days later.

Identified as source 0001 in the cable, he was a “senior Omani official in the Ministry of Defense whose reporting has been consistently accurate.”

The source said the British commander of Oman’s air force, Air Vice-Marshal Erik Bennett had objected to the plan on logistical grounds but “His Majesty turned to Eric (Erik), pointed his finger, and said: ‘You shut your mouth.’”

The source also described in detail a poorly-planned operation: Helicopters remained exposed on the runway and the Iraqi crew came with no proper maps or spare parts; they had to be hidden in the Sultan’s guesthouse near Muscat. Still, the Omani official had not slept for three nights, fearing Iranian retaliatory attacks on Oman’s major infrastructure and population centers.

As the Iraqi forces landed near Muscat, a red alert sounded in Washington. Available documents suggest that on the morning of 27 September frantic phone calls and meetings took place at the highest levels.

Around noon that day, the White House held an emergency meeting. It was chaired by NSC official William Odom who believed the U.S. navy should mobilize to prevent a major conflagration near the Strait of Hormuz.

“Deliver an ultimatum to the Iraqis not to attack the islands and withdraw from Oman,” suggested Mr. Odom in a subsequent memo to his boss, Zbigniew Brzezinski.

In a few hours, the Omanis received the first warning. Washington’s message made clear that if Iran retaliated against Oman, the U.S. navy would not come to its defense.

The White House also sent Ambassador Marshall Wiley - who was at the time out of Oman - back to Muscat for an urgent audience with the Sultan.

By the time Ambassador Wiley arrived, Qaboos had abandoned the risky venture mainly because of delays in the Iraqi operation, reported Mr. Wiley on 29 September.

The story began leaking and the Iraqi presence became widely known in Muscat; “I believe we squeaked through this one only because of Iraqi procrastination,” added Mr. Wiley.

The “Oman Scare” didn’t last long, at most 72 hours, recalls the former deputy director of the State Department Bureau of Intelligence and Research, Wayne White.

A few years later - while Iran and Iraq were still fighting their brutal war of attrition - during a work trip to Muscat Mr. White informally raised the incident with a top security official in order to find out who had persuaded Qaboos to back the Iraqi war plans.

“Shaking his head, he said sheepishly, ‘Some people here were very foolish. Thank God you and the Brits intervened so quickly to stop it.’”

Telegram from the American Embassy in Muscat to the Secretary of State, 'Discussion with Zawawi on Iraqi Access to Facilities for Attack on Iran'

Telegram from the American Embassy in Muscat to the Secretary of State, 'Oman to Give Iraq Access to Facilities for Attack on Iran'