The Prague Spring: Dubček, the Media, and Mass Demoralisation 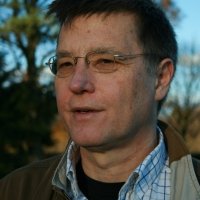 Jan Culik tells the story of the Prague Spring of 1968 and the invasion by Warsaw Pact countries, which took place 50 years ago this week.

In his novel The Book of Laughter and Forgetting (1981), the Czech-French author Milan Kundera, originally a communist, describes the 1948 communist takeover and subsequent developments thus:

“So the communists took power in February 1948 (…)  greeted by the cheers of about half the nation. And now please note: the half that did the cheering was the more dynamic, the more intelligent, the better. (…)  The communists (...)rapidly set about to realize their dream, that idyll of justice for all. (...) But since the idyll is in essence a world for all, those who tried to emigrate showed themselves to be deniers of the idyll, and, instead of going abroad, they went behind bars. (...) And then these young, intelligent and radical people had the strange feeling of having sent out into the world an act that had begun to lead a life of its own. (...) Those young and intelligent people started to scold their act, they began to call to it, to rebuke it, to pursue it, to give chase to it. If I were to write a novel about that gifted and radical generation, I would call it In Pursuit of an Errant Act.”

This is, in a nutshell, what the liberalising developments in Czechoslovakia of the 1960s, which culminated in the 1968 Prague Spring, were about:  rectifying the errors of the young, enthusiastic communists from the late 1940s.

In 1950s Czechoslovakia, there were many young, enthusiastic supporters of the 1948 regime change like Milan Kundera. After the communist take-over, they were rewarded with highly privileged and influential positions for their loyalty. But at the beginning of the 1960s, they realised they had not created a socialist utopia, but had subjugated their country to an authoritarian empire, the Soviet Union. They were deeply unhappy about this and started to use their positions of power to try to dismantle the authoritarian regime. They first did this in the sphere of the arts. Remarkably, the Czechoslovakia of the 1960s was an exceptional period of artistic renaissance in film, literature and theatre.

It was inevitable that the cultural push for freedom would transform itself into a political drive for full liberalisation.  On 5th January, 1968, a deadlock between the Stalinists and reformists in the leadership of the Czechoslovak Communist Party meant that everyone voted for a compromise candidate about whom not much was known – a Slovak Party Secretary Alexander Dubček.

Having studied in Russia, Dubček was a convinced communist and an enthusiastic supporter of the Soviet Union. However, he was not an oppressor or hardliner. While he did not have any political strategy and was extremely passive during the Prague Spring, merely reacting to events, he did allow the abolishment of censorship. From the second half of March 1968, the Czechoslovak media became free. They had, however, prepared themselves for this during the previous years of the liberalising 1960s: by the time the freedom of the Prague Spring had come, unlike in the early 1990s, they were extremely sophisticated.

The meaning and impact of the 1968 Prague Spring is often misunderstood in the Czech Republic and Slovakia these days – no one seems to bother to listen to the period broadcasts or to re-read the period newspapers. The right wingers in the Czech Republic and Slovakia now argue that the 1968 Prague Spring was an irrelevant power struggle within the Communist Party, a criminal organisation. The popular Czech feature film Rebelové (2001, directed by Filip Renč), devoted to the events of 1968, distorts the events exactly in this direction, adding that people were trying to start their own private businesses during the Prague Spring, mistakenly extrapolating what happened in Czechoslovakia after the fall of communism in the 1990s.

Nothing could be further from the truth. The 1968 Prague Spring was a media orgy. It was a nationwide public debate, nothing else. No one did anything else but debate politics. Czechoslovak society had been deeply traumatised by the Stalinist oppression of the 1950s, when dozens of people were unjustly sentenced to death and executed and tens of thousands of people were unjustly languishing for years in communist labour camps. Czechoslovak society needed to exorcise this experience, and this is what was happening in the media the first weeks of the Prague Spring. Later on, from approximately May 1968, when the East European communist allies started threatening the free public debate in Czechoslovakia, the narrative in the media shifted towards the defence of the free speech and towards the argument that the Czechoslovaks must be allowed openly to deal with their traumatic past. The allies, of course, did not listen and carried out the invasion in August.

The invasion caused the nation to unify in a strangely ecstatic atmosphere: the Czechoslovak citizens, now accustomed to debating political issues in the streets, passionately engaged the invading soldiers in discussions, trying to persuade them that no “counter-revolution” was taking place in Czechoslovakia and that the Czechoslovaks were perfectly able to sort out their own problems. The media orgy continued – free radio and TV continued broadcasting, and the newspapers published several special editions each day to be freely distributed in the streets. (The invading armies had been given instructions not to regard the civilian population as enemies because the Soviet communist leadership had mistakenly come to believe that the Prague Spring was a conspiracy of a small handful of intellectuals and the Czechoslovak population was pro-communist and pro-Soviet.)

It was extremely difficult for the invading armies to quench the Czechoslovak democratisation process. The nation remained defiant roughly for another year, when purges started and Czechoslovak citizens were given the brutal choice: either they personally humiliate themselves and start praising the Soviet invasion, or they will lose their jobs. This was the beginning of the so-called “normalisation”, a period of consumerism when collaborators with the new neo-Stalinist regime were given serious material emoluments (unlike in the 1950s, no one was required to believe in communist ideology). This demoralising period lasted practically until the fall of communism in 1989.