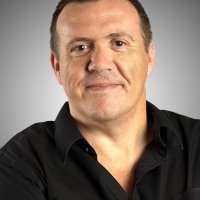 A newly released Soviet record suggests the real tragedy of the Pueblo crisis was that the Americans did not act sooner.

The Pueblo hostage crisis lasted from the 23rd of January to the 23rd of December, 1968, during which the USS Pueblo was captured and its crew taken hostage and tortured by the North Koreans.

The ship was not heavily armed. It was primarily an intelligence-collecting vessel, was not designed for combat, and could not defend itself adequately at the time it was seized. The Pueblo was supposedly in North Korean waters, although the US has always denied this, and it is difficult to determine so many years after the events themselves which side is actually correct.

When the Pueblo was captured, the Vietnam War was still raging. President Lyndon Johnson did not want to risk having to fight a second land war in Asia. “Burned” by the 1964 Tonkin Gulf incident—in which inadequate intelligence had led to the hasty decision to strike back against an imagined attack on another US ship—Johnson constantly sought more information on the whereabouts of the hostages and status of the ship.

Details, however, were in short supply. The President knew that a military rescue would be nearly impossible given the lack of information, so he embarked on a lengthy series of negotiations with the North Koreans to get the crew of the Pueblo back.

There were a few precedents for this—of a sort. Although this was the first time a US ship had surrendered in peacetime since 1807, among American policymakers there were parallels drawn between this incident and the way the Cuban Missile Crisis had been addressed in 1962.

There had also been a helicopter incident in 1963, moreover, in which two US pilots inadvertently strayed into North Korean airspace and were then held captive for a year. The RB-47 incident of 1960, in which an American plane was shot down by the Soviets and its surviving crew held for six months, was recalled by some in relation to Pueblo. And of course, there was the 1964 Tonkin Gulf parallel, which seems to have been very much at the back of LBJ’s mind.

The North Koreans wanted the Americans to sign an unambiguous confession of wrongdoing—probably for domestic political consumption—but US representatives were under strict instructions not to do this. The North Koreans therefore often used the 1963 helicopter analogy themselves, in which a US negotiator had simply “overwritten” a confession of wrongdoing with his signature and afterwards called the confession “meaningless.”

For eleven months, the Pueblo negotiations dragged on and on, with each side unwilling to give way. Secretary of State Dean Rusk in particular argued that the United States could not apologize for straying into North Korean waters, since he believed that this had not happened. He overtly rejected the 1964 parallel. Assistant Secretary of State Nicholas Katzenbach agreed with Rusk, but some in the Defense Department were arguing that an apology should be signed simply to get the men back.

Decision-makers in Washington eventually accepted that an apology to the North Koreans of some sort would have to be signed. Country Director James Leonard proposed that a US representative could sign it, while having first repudiated its own signature verbally. This was known as the “repudiated apology” option, and it was eventually accepted by a lame duck president who knew that he would soon be leaving office. Rusk cabled the US Embassy in Seoul agreeing to the plan on the December 11, 1968. On the 19th, the two sides reached agreement and the exchange went ahead on the December 23rd, just before the Christmas holidays.

Just as US negotiator Gilbert Woodward was about to sign the document, the Soviet Ambassador in Pyongyang, N. Sudarikov, met with a counterpart in the North Korean Foreign Ministry, Ri In-gyu, to review the Pueblo negotiations. The record of their conversation is just now coming to light, having been published on the Wilson Center’s Digital Archive.

Although the Soviets were allies of the North Koreans, the latter were (as now) under nobody’s control, taking a fiercely independent line which sometimes baffled and frustrated even the representatives of the USSR. As Sudarikov recorded, the North Koreans told the Soviet Union what was about to happen, rather than asking for permission. This was very much in the nature of their relationship. In fact, the Russians had wanted the whole affair over and done with several months before it actually concluded.

But both the US and North Korea could say that they got what they wanted from the agreement. The North Koreans had their written apology for what they saw as American “espionage.” They could also say—as it does in Sudarikov’s diary—that the Americans had eventually “capitulated.” They had gotten a good deal of political mileage out of the seizure. The US, on the other hand, could say that it had gotten all the hostages back, and had repudiated any apology given.

Given that the hostage crisis was eventually resolved by means of this “apology/non-apology” method, the real tragedy of the Pueblo hostage crisis, then, may be that the Americans did not act sooner to get their compatriots back.

Click here to view the diary of Soviet Ambassador N. Sudarikov recording his conversation with Ri In-gyu on December 21, 1968.

Professor of National Security Affairs at the US Naval War College.
Read More