Off the Record with Nixon and Ceausescu 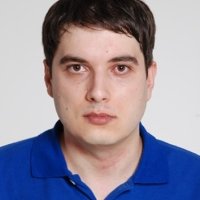 In December 1973, Romania’s Nicolae Ceausescu sat down with Richard Nixon to review "new problems" and changes in the international system. The record of their meeting is compelling for reasons other than its content.

The meeting marked the third time that Ceausescu had conferred directly with the American president (Nixon made a state visit to Romania in 1969 and Ceausescu followed up in 1970), and the fourth time they had met overall (Nixon had made a private visit to Bucharest in 1967).

A maverick socialist bloc leader, Ceausescu wanted in December 1973 to carve out some additional breathing room from Moscow and strengthen Romania’s independence in foreign affairs. In his conversation with Nixon and Kissinger, Ceausescu covered issues ranging from European security to the situation in the Middle East and continued to press hard for Most-Favored Nation (MFN) status from the Americans.

According to the American record of the Nixon-Ceausescu dialogue, about halfway through the conversation Ceausescu asked to go off the record. He told the interpreters on both sides to stop taking notes because we wanted to say something to President Nixon in complete confidentiality.

While the American note takers obliged Ceausescu’s request, they apparently reconstituted his words from memory after the meeting ended. According to these notes, during the interlude, Ceausescu had

indicated that Romania was still encountering difficulties from the part of the Soviet Union. Specifically, he went on to mention a meeting that took place in Prague some five months ago where the Soviet Union applied considerable pressure to the Eastern European Communist countries to force the pace of integration. The President then asked him whether he felt the Soviets therefore had not abandoned the Brezhnev Doctrine. To this Ceausescu replied that they clearly had not, as indicated by their push for greater integration. Bulgaria was already being treated as the seventeenth republic of the USSR. The President then inquired about the Chinese, whether they had a Brezhnev Doctrine of their own. Ceausescu replied that they did not, certainly at the present. The President noted that in the past there had been some signs of Chinese adventurism, in places like Indonesia and Thailand, Ceausescu went on to say that, of course, no one knows how things will change. What is certain is that they will.

The Americans also recalled how Nixon took the opportunity to reassure his Romanian counterpart that the US would not agree with “any large power to any actions which would jeopardize the interests of other countries like Romania.”

The Romanian version of the same conversation makes no such reference to Ceausescu’s request for the note takers to cease their work, nor does it include Ceausescu’s complaints about Soviet pressures, its treatment of Bulgaria, and the Brezhnev Doctrine, or Nixon’s conciliatory response.

Instead, if we compare it with the American version, the Romanian text jumps from Ceausescu’s insistence on the Great Powers “taking into account the interests of each region” to his raising of “two practical issues.” In between, President Nixon is alleged to have said “Sunt de acord” (“I agree”)—although this statement does not appear in the American record.

The missing page from the Romanian record does not contain anything revelatory or out of the ordinary; in fact, Ceausescu’s remarks mimic much of what was said in other Romanian-American encounters during this period. Romanians, especially Ceausescu, routinely criticized the Soviet Union—calling Moscow “untrustworthy,” having an “imperialist mentality,” and controlling Eastern Europe through the “Red Army’s occupation troops”—in their dealings with Western officials.

Yet none of these disparaging statements about the Soviet Union appear in documents now accessible at the Romanian archives. It is only through American sources that they shine through.

The missing page from the Nixon-Ceausescu meeting of December 1973 (and other similar examples) illustrates the Romanian communist leadership’s obsession with secrecy and their fear of possible leaks.

From a historian’s perspective, the missing page also demonstrates the unreliability of Romania’s own sources, at least if one is seeking a complete picture of Bucharest’s foreign policy in the Cold War.