The Six-Day War: Implications for the Warsaw Pact 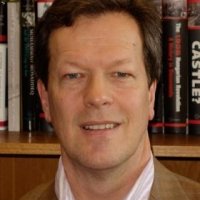 Malcolm Byrne reveals the significant impact the 1967 defeat of the Soviet-backed Arab coalition against American-backed Israel had on the nations of the Warsaw Pact.

Israel’s June 1967 victory reverberated well beyond the Arab world to the capitals of the radical states' patrons in the Warsaw Pact.  The socialist bloc, whose military equipment lay in ruins across the region, was shaken by the implications of their clients' defeat not only for their international reputation but for their own preparedness for armed conflict with NATO.

Warsaw Pact meeting records and military status reports in the weeks after the war show the socialist leadership still reeling somewhat.  At a July 11, 1967, gathering in Budapest, Leonid Brezhnev and his colleagues put the blame squarely on the Arabs, listing an array of “weak points” starting with an absence of “political unity” on everything except a refusal to recognize Israel.  On a military level, problems identified included “no real uniform command system,” a failure to “muster[] modern techniques,” poor organization, and a general lack of “fighting capability.”  Brezhnev lamented the Arabs’ seeming inability to “grasp the situation realistically.” 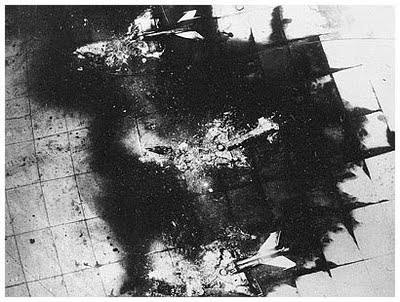 Determined to be good allies – and to prove their reliability to the rest of the Third World – the Soviets acted quickly.  “[W]e have expedited to the United Arab Republic, Iraq and Algeria, by air and sea, planes, tanks, artillery, rifles and ammunition to compensate for losses and strengthen their defenses.”  They also planned to send top-ranking political figures (including President Nikolay Podgorny) and military brass, along with hundreds of advisers and plenty of economic aid.

But while János Kádár, Władysław Gomułka, Antonín Novotný, Todor Zhivkov, and even Josip Tito praised Moscow’s actions, each leader drew a bright line against yielding to Arab pleas to go further.  None, for instance, was willing to see Soviet pilots (“allegedly volunteers”) engage in direct combat.  “Why should we stand up to Israel with war?” Brezhnev asked rhetorically, while Zhivkov warned about the risk of involving outside powers: “We cannot expose our countries to a nuclear strike.”

Looking purely at the stakes in the region, Brezhnev admitted that “[i]n terms of morality and prestige we suffer[ed] a defeat.”  That applied at home as well as abroad.  “Not every one of our workers understands why 2 million Israelis defeated so many Arabs equipped with our weapons.”  There was also the cost of rebuilding the Arab armies, the question of whether they could absorb so much modern technology, and the concern over the Pact itself being dragged into a conflict. As a result, opposition to existing Middle East policies among the alliance’s military establishments and the intelligentsia grew.

But the war also bared another source of apprehension for the Warsaw Pact: the weaknesses in its own military preparedness and capabilities.

Brezhnev alluded to this at the July 11 meeting.  Convinced that the Americans and Israelis had jointly “worked out a plan and were sure that a sudden attack would bring them success,” he stressed the urgency of improving Soviet early warning capabilities. “Both we and the Arabs have drawn conclusions from this. At our CC Plenary meeting we once again put forward the tasks before our military forces to intensify intelligence activity, duty hours, vigilance, etc.”  After the June 5 attack, fears of a reprise were genuine.

A few months later, a more dire picture of Warsaw Pact shortcomings emerged.  At its October 17, 1967, meeting, the Bulgarian Politburo had just one item on the agenda: “Status of the Bulgarian Armed Forces in light of events in the Middle East.”  At the core of the discussion was a bleak report from Defense Minister Dobri Dzhurov that drew directly from the Arab experience.[1]

Dzhurov covered a range of topics: “the status of intelligence, combat and mobilization readiness, training of commanders, staffs and troops, and the political and morale status, discipline and logistical support of the Bulgarian Armed Forces.” The reason?  It was “serious failures in those areas [that] caused the defeat of the Arab countries.”

To the Bulgarians’ chagrin, grave deficiencies appeared everywhere, but surprise attack was at the heart of their concerns.  Dzhurov revealed that the intelligence services had no sources that could penetrate “the enemy’s intentions for unexpected invasion.” “Taking into account the experience of events in the Middle East,” that capability would be “of paramount importance for the defense of the country.”

Moscow and its allies assumed that Washington and Tel Aviv had coordinated closely on June 5 and that NATO would adopt essentially identical tactics on a future European battlefield.  Warsaw Pact strategists therefore worried about much more than the humiliation of their Arab friends.  They had to reckon what their own odds might be in a direct conflict with the West.